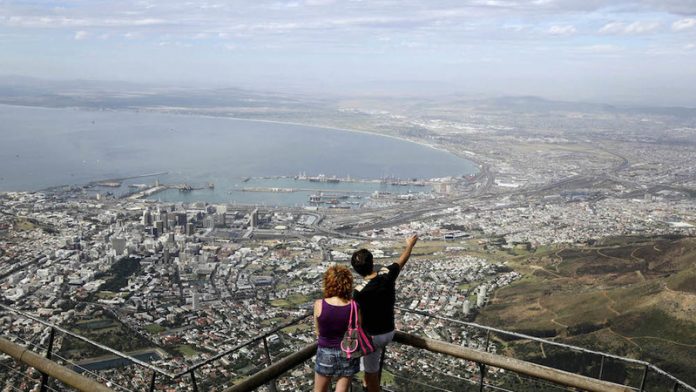 COMMENT
When the new immigration regulations were implemented in 2014, they were met with near-universal condemnation. Parents were outraged at the new requirements for travelling minors, the tourism sector was in a state of near panic as tourist arrivals dwindled thanks to prohibitively onerous legal requirements and investors and businesspeople were left unsure as to what extent their freedom of movement would be impeded. It was an untenable situation.

In response, an interministerial committee was established to develop measures to address some of the main issues. The immediate measures proposed by the committee included:

Progress has been swift and highly encouraging. The biometric systems are in place at the three major airports as well as Lanseria, and have been successfully tested. Thanks to this, transit visas are no longer required for persons travelling through these ports of entry. To ease the entry requirements for groups of Chinese travellers, the department of home affairs waived the requirement to have to apply for a port of entry visa in person when traveling in a group — on the condition that the biometric data of such travellers are taken upon arrival and departure from South Africa. Whereas this is largely thanks to the highly regulated Chinese tourism sector, which means tour operators in that country are already accredited by the Chinese government, recognition must go to home affairs for taking such a practical stance.

Business travellers and academics can now apply for a long-term multiple entry visitor’s visa that remains valid for a period between three months and three years. In addition to the existing 10-year visa waiver for business executives from Brics countries (which has been in existence since 2014), in January 2016 home affairs approved the granting of a 10-year multiple entry visa to business travellers and academics from Africa.

A standardised template for school principals that can be downloaded from the home affairs website has eased freedom of movement for school groups. In addition, home affairs took steps to facilitate travel of South African sports teams abroad. The highly controversial parental consent affidavit has also been extended from four to six months.

Over the next few months, home affairs also plans to give effect to a broad range of additional measures, among them:

Broadly speaking, the department has done a commendable job of addressing the damage wreaked by the implementation of the original regulations. Yet there are some baffling issues that need to be dealt with urgently to ensure the integrity of our immigration policy and respect the rights of South African citizens.

In the judgment of a recent case, it was found that if a foreign national is married to or in a life partnership with a South African citizen or permanent resident, and is in possession of a visitor’s visa in terms of Section 11 (1), they may apply for a visitor’s visa in terms of Section 11 (6), from within South Africa. Since the judgment, however, it seems the private company working with such applications, Visa Facilitation Services, has instructed staff not to process them.

So our own government is affording foreigners more rights and respect for their family units and marriages than it affords its own citizens. Home affairs has an obligation in terms of our Constitution and the preamble to the Act to respect the relationship between spouses and their rights to dignity as enshrined in section 10 of the Constitution. This includes the right to form and live as a family unit.

South Africans have a constitutional right to have their spouses (foreign or not) live in South Africa with them, without any interruption whatsoever. Home Affairs has to urgently shed light on this, and to bring speedy resolution to an matter clearly not designed to protect and enforce the rights of South African citizens.

Stefanie de Saude is an immigration and citizenship law specialist.