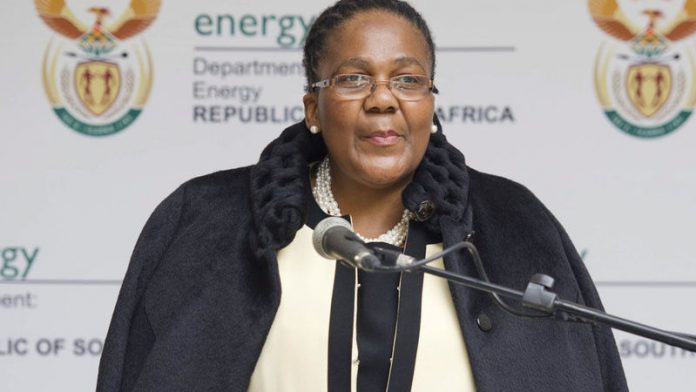 Transport Minister Dipuo Peters is fuming over the legal bill for a forensic investigation into a string of Passenger Rail Agency of South Africa (Prasa) deals, demanding the probe be “closed off”.

The investigation by Werksmans Attorneys was commissioned by Prasa bosses following a recommendation by the public protector.

Peters’ criticism comes amid growing suspicion that the investigation may lead to President Jacob Zuma and his friends.

Details of Peters’ bid to block this investigation come on the back of Cabinet’s announcement this week that Zuma will ultimately oversee the strategy of all state-owned companies through a presidential co-ordinating council. Sources in the national treasury, the South African Revenue Service and the government have described this as a severe blow to Finance Minister Pravin Gordhan, who has preached financial prudence and the eradication of corruption.

The Mail & Guardian has had sight of a confidential letter Peters sent to the Prasa board chairman, Popo Molefe, on August 12.

An attempt to speak to Peters or her spokesperson on Wednesday morning was unsuccessful. The M&G will update this article once their comment is in hand.

In the letter, Peters asks for a detailed report “indicating the progress and the outcome of the investigation”, suggesting that a decision on whether to continue with the investigation would only be made once that is in hand.

“I therefore ask that you close off this investigation process.”

The directive to shut down the investigation comes at a time of high political pressure on her department and follows allegations that Angolan entrepreneur Maria da Cruz Gomes and Durban entrepreneur Roy Moodley, both close friends of Zuma and the ANC, benefited handsomely from the Prasa tenders and may be implicated in the probe.

Molefe, in a previous interview with the M&G, accused the “ANC riff-raff” of trying to pressure him into dropping the Prasa investigation. At the time he labelled Prasa “a farm where the people came to harvest”.

As a result of the investigation, two civil cases are already under way as Prasa seeks to recoup R10-billion paid to companies involved in alleged irregular dealings.

Criminal complaints have also been laid with the Hawks in respect of these and several other matters.

In her letter, Peters says she is “deeply concerned” that the investigation seems endless and without a clear scope outlining a specific end objective.

“This situation has resulted in excessive spending, which is reported to be in the region of R80-million. The financial challenges we are facing as an entity and the country at large require that we manage our finances in a prudent and sustainable manner. Exacerbating this is the fact that the money spent has not been budgeted for and can be regarded an irregular expenditure.”

Peters’ stance raises issues about the constitutional validity of her take on the issue. The public protector and the auditor general have unearthed several irregularities and possible criminal conduct in their respective investigations into the Prasa scandal.

In her report, titled Derailed, public protector Thuli Madonsela last year ordered an investigation into all Prasa contracts worth more than R10-million that were awarded since 2012. Prasa subsequently hired Werksmans Attorneys.

Apart from the government’s duty to report all financial misconduct to the relevant authorities, the public protector’s recommendations may not be ignored. This was determined by a Constitutional Court judgment on Madonsela’s recommendations regarding the Nkandla and President Jacob Zuma saga.

Molefe has confirmed receipt of Peters’ letter, saying he has not yet replied but is considering a “comprehensive response”.

Molefe declined to comment on whether he sees the letter as a deliberate effort to stymie the Werksmans investigation.

“I don’t want to speculate on those matters, the investigations are at a very advanced stage,” he said.

“If they do not want us to continue, they must give reasons. And the reasons cannot be that it costs money; we are dealing with billions of rands in taxpayer’s money. We are only exercising our fiduciary duties in terms of the Public Finance Management Act and Prasa’s own supply chain management process.”

The Prasa scandal revolves around the manner in which its former chief executive, Lucky Montana, allegedly irregularly handed out tenders and influenced the procurement process.

The matter includes Rapport’s revelations about trains that were too tall for the South African railway network and the alleged fraudulent misrepresentation of his qualifications by “doctor” Daniel Mtimkulu, Prasa’s chief engineer.

The Democratic Alliance’s Manny de Freitas says the letter is a “gross abuse of power” and attempt to “thwart and ultimately terminate Werksmans’ independent investigation into irregular tenders”.