Oscar Pistorius: Leave of appeal’s not a reflection on Masipa says Gerrie Nel 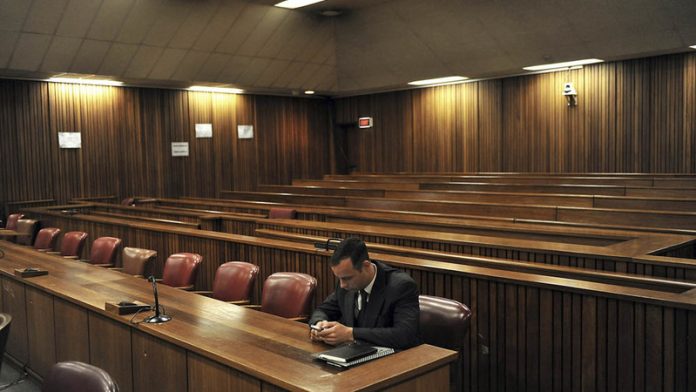 The state’s bid to appeal Oscar Pistorius’ sentencing was dismissed by Judge Thokozile Masipa on Friday morning. The state’s application for leave of appeal was lodged after Judge Masipa sentenced Pistorius to six years imprisonment for the murder of Reeva Steenkamp.

The state had argued to take the case to the appeal court, where a longer sentence may have been decided for the murder, which happened in February 2013. Judge Masipa dismissed the application on the grounds that she does not believe another court would make a different decision.

Masipa initially ruled that Pistorius was guilty of culpable homicide instead of murder, and gave the athlete a five-year jail term. The Supreme Court of Appeal, however, overturned the judgement, ruling that Pistorius is guilty of murder. Masipa then sentenced him to six years imprisonment.

Advocate Gerrie Nel, who is representing the Steenkamp’s, said that the application for leave of appeal was not a reflection on Masipa. One of the reasons Masipa gave for the six-year jail term is that Pistorius showed remorse during his trial.

Nel argued, however, that because Pistorius thought there was an intruder in the house did make the shooting less violent or serious. Pistorius’ lawyer, Advocate Barry Roux, took his client’s first year in prison and house arrest into account, saying it amounted to eight years.

The six-year sentencing was heavily criticised by experts and citizens due to the nature of the crime as a murder and the high levels of gender-based violence – particularly violence against – that exists in South Africa.