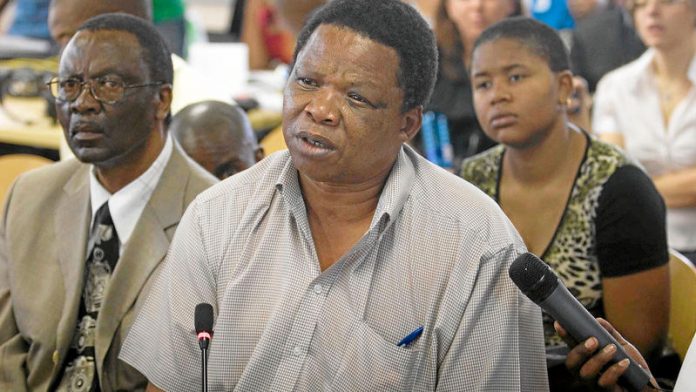 The High Court case in which Jon Qwelane is seeking to have sections of the Promotion of Equality and Prevention of Unfair Discrimination Act (Pepuda) which govern hate speech and harassment ruled inconsistent with the Constitution, has been postponed.

Qwelane’s legal representatives sought postponement of the trial, which was due to commence on Monday, on account of Qwelane’s poor health.

Andrew Boerner, representing Qwelane, said: “The postponement was requested, and granted, on account of my client’s serious medical conditions: poor breathing and a poor heart condition. We provided a full report from his doctor on his health and feel satisfied that the court came to the right decision.”

The hearings were to follow on from the 2009 proceedings brought against Qwelane by the South African Human Rights Council after he published an unapologetically homophobic opinion piece in the Sunday Sun.

In the piece, titled “Call me names, but gay is NOT okay”, Qwelane stated: “Homosexuals and their backers will call me names, printable and not, for stating as I have always done my serious reservations about their ‘lifestyle and sexual preferences’, but quite frankly I don’t give a damn: wrong is wrong!”

In April 2011, the Equality Court found Qwelane guilty of hate speech and ordered him to pay R100 000 to the South African Human Rights Commission (SAHRC) and write an unconditional apology to the LGBTI community. The judgement was however, withdrawn on September 1 2011, on procedural grounds as a result of Qwelane not being able to attend the hearings. He had at the time, and controversially, been serving as South Africa’s ambassador to Uganda – a country known for its oppressive anti-homosexuality laws.

In September 2014, Qwelane instituted an application in the High Court in which he sought to have Sections 10 (1) and 11 of Pepuda (or the Equality Act, as it is more commonly referred to), declared inconsistent with the Constitution in that it infringes on his right to freedom of expression.

Section 10 (1) of the Equality Act reads that “no person may publish, propagate, advocate or communicate words based on one or more of the prohibited grounds, against any person, that could reasonably be construed to demonstrate a clear intention to be hurtful; be harmful or to incite harm; promote or propagate hatred”.

Section 11 of the act states that “no person may subject any person to harassment”.

With Justice and Correctional Services Minister Michael Masutha and the SAHRC as respondents, the Freedom of Expression Institute and the Psychological Society of South Africa (PsySSA) were to join the proceedings as friends of the court.

Commenting on the postponement, Webber Wentzel’s Kerry Williams, PsySSA’s legal representative, said: “Our client is deeply disappointed by the granting of the postponement – in particular because the judge did not give our client the opportunity to give evidence before the court to oppose the postponement. The fact that, after eight years, Qwelane has not been held accountable for his hate speech in a court of law is a travesty of justice.”

No date has, as yet, been set for the matter to be brought back to the court.