Just how representative is the steel industry, when downstream players suffer? 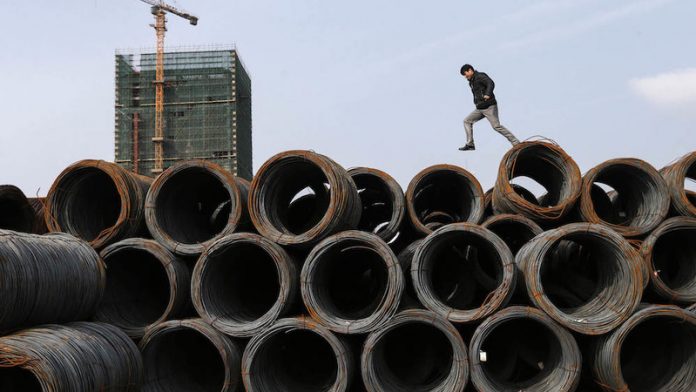 For a long time it could keep its input costs low as a result of a preferential supply agreement for iron ore, but, because of this lucrative iron ore deal, AMSA charged the South African downstream industry similar prices to what it (Amsa) was getting in international markets. The downstream industry paid high prices for steel, and Amsa made huge profits.

At the same time, according to Lionel October, director general of trade and industry, Amsa “took out all its money via management contracts, paid low dividends to shareholders, made absolutely no investment. It sweated its assets to the point where plants were collapsing.”

These were extremely difficult years for the downstream steel industry. Although the main steel role players made huge profits, they were able to buy “labour peace” with high wage agreements, forcing those agreements upon the already embattled down- stream industry through the mechanisms provided for by an SMME-hostile Labour Relations Act. This resulted in the prescribed minimum wage in the steel industry being at least 35% higher than South Africa’s second-most expensive industry.

Then the world in which the steel industry functioned changed completely. The world economy went into decline and China became a major role player, also with regard to the supply of steel. All of a sudden the downstream steel industry found relief in more affordable Chinese steel and was no longer dependent on Amsa steel alone.

But this turn of events did not suit Amsa. When, according to its calculations, the importation of more affordable, good-quality steel from China became a threat, instead of upgrading its outdated plants, Amsa convinced government to introduce a 10% tax (customs duty) on imports. When, in its view, this was not enough, Amsa applied for further taxes to be levied on imports — this time safeguard duties of an additional 30%.

The 10% customs duty introduced last year already serves as a slow poison, killing the downstream industry. It prevents the down- stream industry from being able to defend its market share against cheaper imports of finished products. It speaks for itself that if Chinese mills can export their coil cheaper than Amsa to South Africa, how can smaller South African downstream manufacturers defend themselves against the importation of the Chinese finished products made from the same (cheaper) steel?

Once you embark on the path of protection, you will always discover unintended, unforeseen consequences. The protection of the one always eventually demands the protection of the other. It’s a never-ending cycle. The answer lies in the lifting of all protection and the forging of a new, creative solution, and adapting to a new reality. China is the new “steel reality” and protectionist measures are, at most, a temporary solution, delaying the inevitable.

If Amsa succeeds in convincing government, or the International Trade Administration Commission (Itac), which is tasked with making a decision in this regard, to introduce the further safeguard duties they have asked for, Amsa will, to a large extent, succeed in using the downstream industry as a buffer to protect old, ineffective steel mills against good-quality, more affordable Chinese steel.

The downstream industry will not be able to import, there won’t be any pressure on Amsa to upgrade its steel plants to become more effective.

It is argued by Amsa and government that South Africa needs a liquid steel producer.

Contrary to that, the downstream industry sees a liquid steel producer as a very convenient, even important luxury, on condition that it justifies its existence through its value to the market.

Amsa argues that, in its absence, should it exit the market (if further protection is not granted), the downstream industry might one day be subjected to a dominant Chinese market. What Amsa is doing is transforming a potential danger into an immediate danger. What a dominant China could one day potentially do to the downstream industry, Amsa will be doing immediately, should it get what it asks for.

There is a deep sense of concern in the steel industry that the decision to be made by Itac on the issue of further protection for Amsa (in the form of safeguard duties) will not be objective. The department of trade and industry has made up its mind — according to them South Africa has to have a primary steel industry and current protectionist tariffs are low by international standards. Has the decision in favour of further protection, sacrificing the downstream industry, already been made?

In a recent article, reported in Sunday Times Business on August 21 2016, one of Itac’s five commissioners wrote that a lower primary steel price does not automatically benefit downstream players.

Is he subtly preparing the downstream for the direction Itac intends to take? In the meantime we want to point out to this Itac commissioner that post-war Germany and Japan, as well as modern-day China, Vietnam and India, prove that he is simply wrong.

We challenge him to name a single developing nation where higher steel prices assisted a downstream industry, in any way, to industrialise a country or to create jobs.

Government, without the input from the Itac pricing committee, appointed for this purpose, has agreed on pricing principles to “ensure that domestic prices do not increase on an import parity basis when the international steel price increases in the future.”

According to Minister of Trade and Industry Rob Davies, the pricing principles will be determined by the weighted average of countries South Africa competes with, but it will exclude China and Russia. This pricing formula is flawed from the outset. How can you even contemplate leaving out China, the world’s most dominant steel player?

To government, with respect, and to Amsa, we, the downstream industry, say: this arrangement does not suit us and it is not in South Africa’s interest. As a member of the Itac pricing committee, I do not support this pricing formula.

The mood in the steel industry is perhaps best described by the remark made by the managing director of a major role player in the steel industry during a recent Amsa information session. After a briefing session by the new Amsa chief executive in which he attempted to explain the importance and virtues of his company, the managing director responded with the following statement: “Stop patronising us. You are not doing it for us; you are doing it for yourself.”

The future of the steel industry hangs in the balance. Is the gravity of this matter not of such a magnitude that it needs to be debated by Parliament and the decision then taken by Cabinet? There is just so much at stake. The wrong decision, taken in haste or within the context of political pressure, will have devastating consequences and there will be, for as long as Amsa enjoys the protection it now asks for, no peace between it and its customers.

Gerhard Papenfus is chief executive of the National Employers’ Association of South Africa.