The annular eclipse surprises and delights across Africa 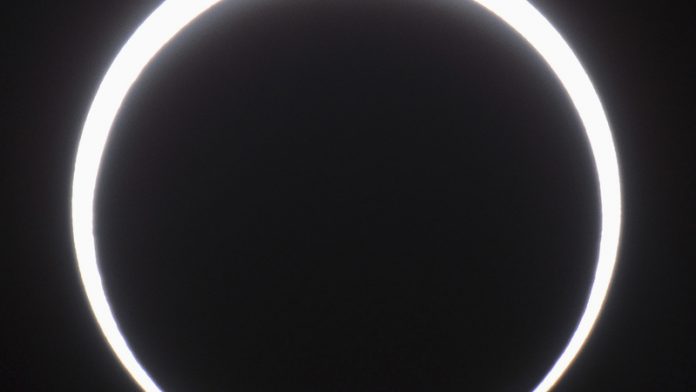 A “ring of fire” eclipse is making an appearance in the skies above much of Africa today as the moon passes between the earth and the sun. This phenomenon, also known as an annular eclipse, occurs when the moon passes in front of the sun but is at too great a distance from the earth to cover the sun completely.

People from across Africa took to social media to share their pictures and videos of the eclipse.

Our view of the #solareclipse here @ Kinshasa D.R.C pic.twitter.com/3CYNt3AMFx

The annular #SolarEclipse is nearing totality! Here’s what it has looked like so far from space! pic.twitter.com/HAe0QUPygZ

Solar #eclipse visible across much of central and southern Africa pic.twitter.com/yxlUKw6vwg

#eclipse ~ So today there was a solar eclipse. No really. Jozi style! Pic mine, original live stream @uastronomer. pic.twitter.com/J6MVyBMJ3q