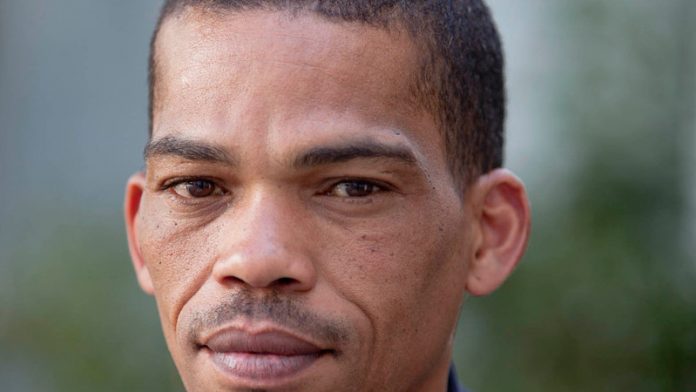 Carl Collison, a freelance writer, photographer and columnist with 14 years of experience in writing and editing, has been appointed as the first Rainbow Fellow at the Mail & Guardian. The position was created by means of a partnership with the Other Foundation. Collison has contributed to local and international publications including City Press, Prestige magazine and the Unesco Courier. He writes on a wide range of social justice issues and is committed to defending and advancing the human rights of the LGBTI (lesbian, gay, bisexual, trans and intersex) community in southern Africa. The Other Foundation is an African-based trust that aims to advance equality and freedom in Southern Africa, with a particular focus on sexual orientation and gender identity.

So you are the Mail & Guardian‘s new Rainbow Fellow – well done! What experience have you had with bringing LGBTI issues to the fore at other media institutions?

To be honest, aside from the occasional freelance feature story, I haven’t really been afforded the opportunity before. I have, however, for the past few years, been working on a body of work through which I look at how homophobia and transphobia affects us all. So this looks at not just the effects on the “victim”, but their families, friends and greater community. Also, and very important to me, is looking at “perpetrators” and exponents of homophobia; their thinking and the effects it has on them. It sounds terribly boring when I describe it this way, but I think the combination of images and text could make for an interesting body of work.

How did you feel when you first heard you were awarded the fellowship?

Nervous. Excited. But mostly surprised, to be honest. I thought I did nothing but babble my way through the interview!

What kinds of ideas do you have to expand the M&G’s coverage of LGBTI issues?

There are some stories I am currently working on that I hope will offer some unique insights into LGBTI life across the continent. I am really interested in creating stories that will, in a way, ultimately empower us as LGBTI Africans – and, by extension, Africans in general. LGBTI people across this continent face so many injustices. I am aware of this. But what I really hope to do, while reporting on this, is find stories that say: “Yes, we face a lot, but we are strong, we are survivors”. Creating an empowering narrative is very important to me.

Is your work focused on South African LGBTI+ community especially?

Well, South Africa is our base, but there will definitely be a strong focus on other countries across the continent.

You’ve just moved from Cape Town to Jozi. How have you found LGBTI communities here as opposed to CT?

There seems to be very little difference, to be honest. Cape town has a reputation for being something of a sleepy city — you know, “Slaapstad”. But there are many people in the LGBTI community there who work tirelessly, and often with very little resources or support, at ensuring the rights of the community there. Having said that, the Jozi community appears to me to be more fierce, certainly on a social level. There seem to be many people, especially younger LGBTI folk, who are unashamedly “claiming their space”. So, because Cape Town has more queer-friendly spaces, this dynamism and claiming ownership of spaces in Jo’burg is something I find incredibly exciting – and inspiring.

Lastly, how do you destress as a writer who focuses on stories about LGBTI communities, stories that often deal with the violence against and erasure of queer people in a heteronormative, oppressive world?

You are right, it can be hard. When I did the report on the heavy police and government-led crackdown on Uganda Pride, the stories of really heavy-handed police brutality I heard were really tough to process. Really tough. It really makes one realise how, comparatively speaking, we have it easier in South Africa. Reading helps me “destress”, I suppose. Well, that and a glass of wine or two.

Too often, governments talk the talk on gender equality, but fail to walk the walk
Read more
Opinion

The world has a chance to improve the lives of women, especially those living in Africa
Read more
Advertising