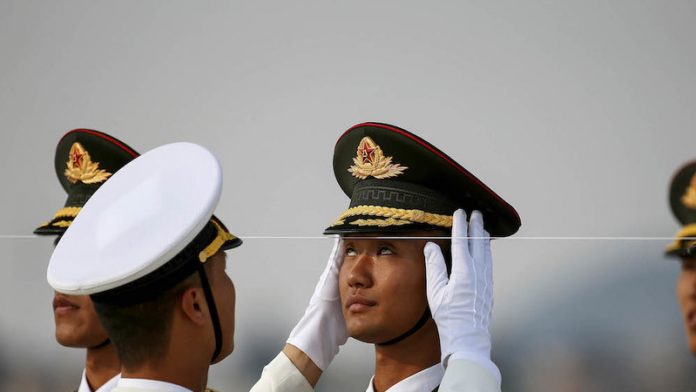 THE FIFTH COLUMN
China reportedly cleared the air above the city of Hangzhou to accommodate a successful ascent during this year’s G20 summit.

Unfortunately, no summit was reached. Middle-aged leaders arrived with high hopes, only to find themselves milling around flags and wondering why no one had told them to wear takkies and tracksuits instead of the usual government-issue suits.

Our own president manned the periphery for a photo op with the Brics (Brazil, Russia, India, China, South Africa) leaders, where he struck the pose not of a leader, but of a man afraid of heights.

Bar China’s President Xi Jinping, the other men in the photo appeared similarly unsure, apparently in agreement that there was a mountain to climb at this year’s summit, and no one was exactly clear on how to climb it.

The burning issues on the table this year included globalisation, which populist political candidates discussed in an atmosphere of awareness and concern.

The climate and its problems took a back seat. But the rising threat of Islamic State appeared to have been incorporated into globalisation. It was addressed by a view, shared by most, that the once-celebrated principle of international co-operation is getting out of hand and that free trade — which presumably included the rampant trade in illegal arms, although no one said so out loud — should be replaced by “civilised capitalism”. This is a newism that turned out to be one of the buzz phrases of the summit, together with “pulling a Putin”.

Looking back at it now — if you take away British Prime Minister Theresa May’s daring red dress and South African Finance Minister Pravin Gordhan stepping on to a foreign continent with President Jacob Zuma — nothing of value was achieved at the 2016 G20 summit.

A bunch of men and three women took a break from homeland politics to engage in weekend-getaway politics, during which they came to the conclusion that the world is going backwards and something has to be done about it — and fast. And that’s how far they got.

That “something” will be discussed at the next summit if the secretary general of whatever country was tasked to take minutes remembered to put it in an email and group send it to everyone who was there.

Failing that, the G20 faithful will convene in a year’s time to talk the shit out of whatever is happening in the world at that point, or just order pizza and stay in.

And that’s where the G20 summiteers can learn a thing or two from marijuana activists who scale unbelievable heights almost daily.

At a recent rally outside the Cape Town high court, some of the world’s, at that point, most lucid marijuana smokers climbed the first two steps leading to the court house to let their banners do the talking with pinpoint messaging, ranging from “I like weed” to “Legalise” (the “it” being silent).

Like the G20 summit, the get-together yielded little by way of results — the campaigners presumably walking straight to the cells without so much as a postponement date to show for their efforts — but I can assure you, once they’re released, they’ll keep on blazing freely — taking action — to make sure, by the time the next protest rolls around, they’re just that little bit closer to reaching their goal.

And that’s how you change the world.