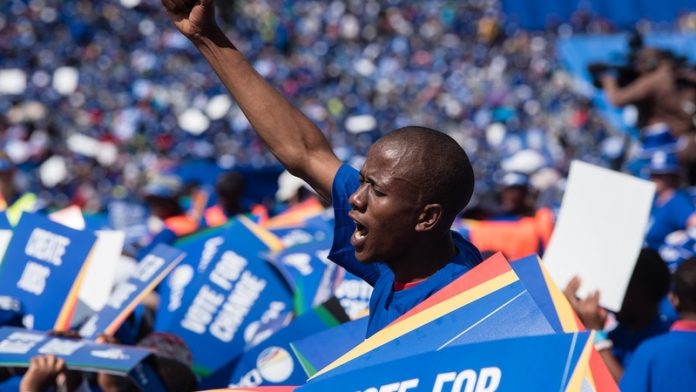 The Democratic Alliance (DA) will not support advocate Busisiwe Mkhwebane’s nomination for the public protector position because it claims she was on the State Security Agency’s payroll while working as an immigration officer.

Her qualifications and experience made her unsuitable for the job, the party told reporters at Parliament on Tuesday.

DA MPs Glynnis Breytenbach, Phumzile van Damme and Werner Horn intimated that Mkhwebane worked as a spy while employed as an immigration officer at the South African embassy in China.

This was one of the reasons they would not support her candidacy during Wednesday’s debate on her appointment.

The DA said several sources had reliably informed it that Mkhwebane had been on the SSA’s payroll while working in China.

“When asked in the interview why she had changed jobs for what is ostensibly a demotion, her reply was that she ‘was passionate about the Constitution’.

“While this is noble value to hold it alone does not make her eligible for the position or separate her from the other more qualified candidates and we have been advised that the time spent as an ‘immigration officer’ in China is also suspicious, having been informed that this is simply coded language for being on the payroll of SSA,” the DA said.

The chief whip’s spokesperson, Moloto Mothapo, said she was fit and proper for the post, and the ANC would vote for her.

Mkhwebane had worked for the SSA without any controversy or violation of the law.

“It is clear that the DA’s opposition has more to do with narrow political preferences than advocate Mkhwebane’s qualification for the office of the public protector. It is unfortunate that while on one hand parties rose above petty politics to guard the integrity of the public protector’s office, the DA on the other hand is seeking to blemish it with absurd political reasons,” Mothapo said in a statement.

Mkhwebane was selected from over 60 candidates who applied to take over from Thuli Madonsela when her term ends in October.

On Wednesday, Parliament’s public protector ad hoc committee was expected to present its report to the National Assembly. She needed the support of at least 60% of the House. If she cleared that hurdle, her name would be sent to President Jacob Zuma for him to sign off on the decision. – News24