Because of backward thinking, have the Boks been beaten even before they have begun? 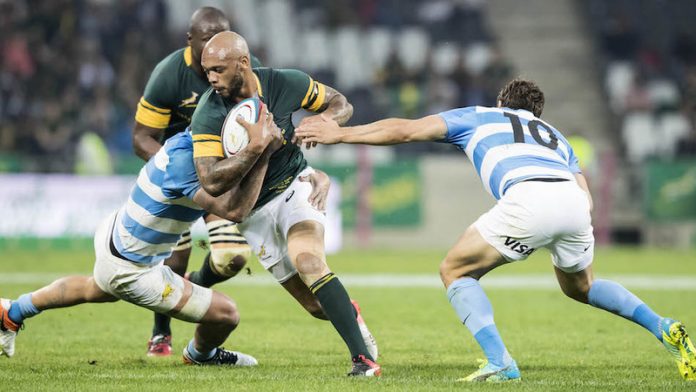 It didn’t take long for the new dawn to turn into one of those days best forgotten. Five Tests into his tenure, Allister Coetzee has slipped quietly into the straitjacket inherited from so many of his predecessors. Desperate for a win against Australia, Coetzee’s selection for the Brisbane Test betrays nothing so much as the madness of the Springbok coach.

How is it possible that Faf de Klerk is the only survivor from the back line that did service in the first Test against Ireland? Or that Lourens Adriaanse is the fourth player to start at tighthead prop in six games? Or that Bongi Mbonambi has managed two minutes on the field during his tenure as back-up hooker to Adriaan Strauss?

It is sad to see the way things have gone downhill so quickly. It is possible to feel sorry for three players in particular, all of whom are of colour. Mbonambi has been shamefully treated. It is quite possible he will be pressed into action on Saturday, at which point it will become manifest that he has played scarcely any competitive rugby for ages.

Rudy Paige may very well not be the second-best scrumhalf available to Coetzee but, in his brief forays on to the field this year, he has not let the side down. This week he drops out of the match-day 23 to accommodate the inclusion of Francois Hougaard on the left wing. Hougaard is a straight replacement for the injured Ruan Combrinck and covers scrumhalf in the event of De Klerk not being on the field.

Lionel Mapoe was easily the best outside centre on display in South Africa during Super Rugby. He was Coetzee’s first choice for the 13 jersey in all five Tests hitherto. His problem was that the man inside him, Damian de Allende, was woefully out of touch. Mapoe’s game thrives on quick ball, which is the one thing De Allende is chronically unable to provide.

Rather than give Mapoe a run outside a better distributor, Coetzee has dropped both his centres and replaced them with a partnership that has never played together before. The return to the side of Juan de Jongh is to be applauded and Jesse Kriel is a major talent, but they are being asked to perform miracles.

De Jongh in particular is being set up to fail. It is almost four years since he last played for the Springboks but, according to Coetzee, “Juan’s ability to organise at 12 and his calmness in that role will help to guide Elton [Jantjies] in his flyhalf duties.”

It was no secret that De Jongh was being brought into the team; he was paraded in front of the press at the beginning of the week. What came as something of a shock, however, was the unspoken insinuation that he could inherit the captaincy from Strauss sooner rather than later.

As for Kriel, if there is a place in the side for him it should be at fullback. The experiment of playing Johan Goosen there has not been a success, after he was rushed back from France to deal with a nonexistent crisis. He has played very little of his senior rugby at 15 and it shows. Kriel, by contrast, was moved to centre from fullback only two years ago and is a natural at the back.

It is not Goosen’s fault that he was picked. We were told at the time that his ability to cover every backline position bar scrumhalf made him invaluable. And yet Coetzee was so reluctant to play him in his preferred position of flyhalf that it opened the door for the most ridiculous selection of all: Morné Steyn.

Successive Springbok coaches have selected Steyn for one reason alone: his ability to kick tactically and at goal.

His name on the team sheet simplifies the task of the opposition, because they know that the Springboks are not going to run at them. As if to underline that fact, this Saturday Steyn shares the bench with no fewer than six forwards, an entire tight five and Jaco Kriel.

So it is no secret what Coetzee’s game plan will be. Get the forwards to stick the ball up their jerseys and grind the Wallabies into the ground. After 50 minutes of grinding, he will send on a new tight five and grind some more.

Jantjies’s job will be to convert the penalties extracted from the panty waists masquerading as the Australian national side. When Jantjies misses a few, Steyn will replace him and the selections from 11 to 15 will become irrelevant.

This would be a fine plan were it not for the fact that the Wallabies are on home soil and tend to have South Africa’s number in tight situations. Their pack is highly unlikely to be as ineffective as it was against New Zealand and England, principally because the Springbok forwards are not as good as the ones who wear black and white.

It is hard to admit, given the depths to which Australian rugby has sunk, but the Springboks will start as underdogs in Brisbane. Individually they have some fine players, but the muddled thinking behind this week’s selection, together with the general lack of structure seen during Coetzee’s tenure, suggests the Boks will be flying off to New Zealand for next week’s Test with their tails firmly between their legs.