Leave coaching to the celebrities, they might work as the transformation guru needed 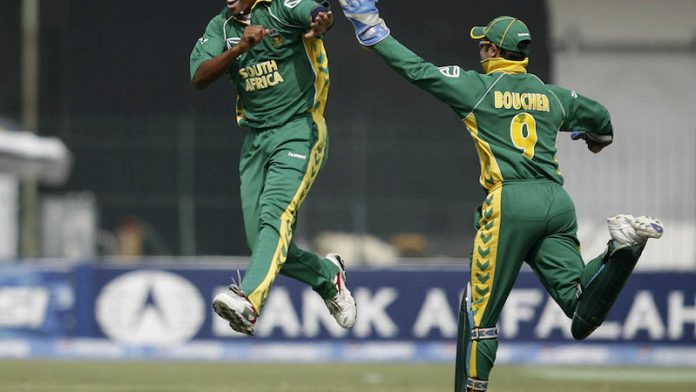 A former Protea captain was once overheard being cheeky about Lance Klusener and Paul Adams. The two, he said, were often found at the back of the bus, playing games on their cellphones. When they weren’t on the field, they were sleeping, usually in the change room during team talks.

Now, here they were, with two plum domestic coaching jobs at the Dolphins (Klusener) and the Cobras (Adams). What did he, a hard-playing, clean-living kid, who stayed awake during team talks, have to do to get a coaching gig? Or was he going to be lost in the limbo of the SuperSport studio for the rest of his days?

Klusener has since moved on from the Dolphins, and is assisting Makhaya Ntini in Zimbabwe as their batting coach, and Adams is clinging to his job at the Cobras with all the obstinacy of a tail-ender holding out for the unlikely draw.

Their number has been added to in recent weeks with the arrival of Mark Boucher at the Titans, an appointment that has inspired one noxious rant in a Johannesburg daily newspaper and some spirited toing and froing on social media.

Our eye for a coach might not always be first-rate but we can at least have a good spat on Twitter.

Why cricket should be so vulnerable to the charms of the celebrity coach is anyone’s guess but perhaps cricketers – a sensitive bunch – need to be able to look up to find a reassuring presence beneath the sunglasses sitting calmly on the balcony. It isn’t so much what they do as what they are. It might even have something to do with where they have been, although this is surely subsumed under what they are.

As a player, Boucher was grim, ultracompetitive and unsmiling; team-mates loved him for the very reason he tended to be loathed by the opposition. Apparently Bouch hasn’t changed much. His franchise chief executive, Jacques Faul, reassured the timid, the neurotic and the insomniac among us, when he told the Mail & Guardian with the forthright confidence that is his wont this week: “He still doesn’t like to lose.”

It could reasonably have been assumed that John Smit, the Sharks’s recently deposed chief executive, also didn’t like losing. But losing became a bit of a habit at the Sharks, as they lost pretty much everything, bar their stadium, before they lost him. The problem with the celebrity chief executive seemed to be that Smit was so busy being himself that he had little time for anything else, such as responding to emails or attending meetings.

Being John Smit can be a relentlessly tiring business, as the Sharks executive found to their horror. This is perhaps the problem when you hire a celebrity coach or chief executive. You buy a brand, and brands, as the Sharks discovered to their dismay, don’t always fit easily into the enforced camaraderie of the boardroom.

In most parts of the world, they do it the other way round. Arsène Wenger went to Arsenal well known, but in the midst of his long – some might argue over-long – stay he attained a status he didn’t have before as the patron saint of Islington. Claudio Ranieri, who endured the ignominy of being sacked by the Greek national side, was a well-liked old European hand when he rocked up at Leicester. He certainly wasn’t the relentlessly cheery fellow he was to become.

Clubs, franchises, provinces, states, call them what you will, tend to make a coach. He doesn’t make them. Alex Ferguson was a Scot from Aberdeen with an outsiders’ ambition and impressive temper when he arrived at Manchester United – no more. The “Sir” came later.

So we see that finding places for celebrity coaches and chief executives might be a way of putting the net before the serve – if you see what I mean. There might just be the unexpressed hope that some of their magic will rub off in a vague and entirely irrational way. Coaching, after all, is really only about two things: installing a culture of technical excellence and managing your players.

To a good former player, the first should be more straightforward than the second. The second, though, can be challenging in unexpected ways. You have to deal with insecurity, ghosts, the everyday horrors of plain, twitchy fear. Most of us have trouble dealing with these things ourselves. It needs a special person, whether a celebrity or not, to be good at handling such things in others.

Then again, why not give these things a punt. Give celebrities their due. Let Evita Bezuidenhout lend the under-the-weather Shakes Mashaba a helping hand with team selection. Maybe Idols‘ Somizi Mhlongo could give the struggling Alistair Coetzee a few pointers when it comes to enterprising backline play now that he’s changed the Bok centre pairing for this weekend’s Test in Brisbane.

Perhaps Trevor Noah can swing in from New York to swap coaching tips with Russell Domingo. He could even be incorporated into the seemingly endless personnel that make up the Proteas coaching staff, heavy as they are with consultant coaches, video analysts and freelance energy-drink tasters.

What they really need is a transformation guru, someone who will help them negotiate this sometimes perilous road with calm and aplomb, not getting stuck along the way.

Noah could just be the man to save South African sport from itself.

‘A black coach doesn’t say no to Europe’: What happens next for Daniel Amokachi

Coaching booms but some will not Prosper