The fount of honour in South Africa, he who decides on such prizes, is … whaa! No 1 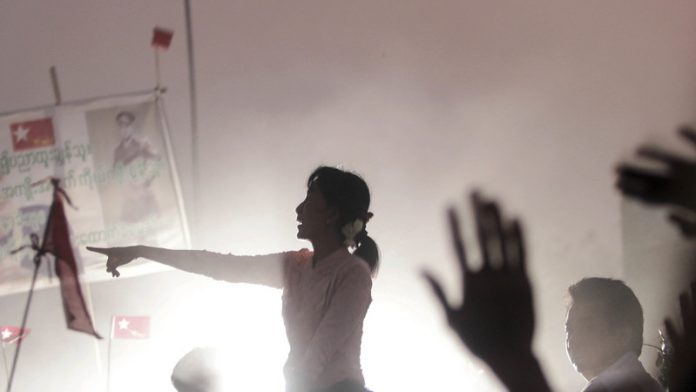 We make a big deal about the Nobel peace prize but it’s not that hard to get nominated for it. Do you know a South African MP, a university professor in the humanities, or the director of a foreign policy institute?

Any one of those people can put in a nomination for you and after that you can officially tell anyone who will listen that you are a “Nobel peace prize nominee”. You can splash it all over your LinkedIn profile.

There is a certain elder statesperson of the Free Market Foundation in this country who is not shy to advertise the fact that he is a three-times Nobel peace prize nominee, though inexplicably he hasn’t won it. Always the bridesmaid, never the bride – or as they say in Oslo, “Always the Pope, never the Aung San Suu Kyi”.

Until recently there was a guy in Cape Town who had won the Nobel peace prize. Someone other than Archbishop Emeritus Desmond Tutu and former president FW de Klerk, I mean. This dude ran a coffee shop on Bree Street.

He used to serve an espresso-heavy concoction called the Sleep Suicide. The coffee shop had a board near the counter that listed five interesting facts about the establishment.

Nobody believed them, though, so the owner had to mount his certificate on the wall to prove it. It was a tiny bit of a swizz, because he hadn’t been awarded the prize on his own.

He had won it as part of the International Atomic Energy Agency, where he worked at the time of the award. Still, that’s one more shared Nobel peace prize than the Free Market Foundation has to its name.

If the Nobel peace prize seems too lofty a goal, however, I would recommend that you consider throwing your hat into the ring to nab one of South Africa’s national orders.

We don’t tend to make too much of a song and dance about them but they are the highest honour that the country can bestow on its citizens.

I would like to quote from the department of arts and culture’s description: “The president, as the fount [holder, cradle, main source] of honour in the country, bestows these orders.”

President, main source of honour, in this country. I felt as if I was reading Sanskrit. My brain couldn’t seem to patch the words together.

But obviously the national orders were created in a happier time: an era when you could read the description of the president as the South African “fount of honour” and nod sagely to yourself, musing “sounds about right”. That would admittedly have been quite a short era, lasting four years between 1995 and 1999.

The country’s cradle of honour recently reminded us that nominations for the country’s highest honours close on September 15 this year. Unlike those elitist snobs on the Nobel panels, the national orders advisory council accepts nominations from sommer anyone: you, me, Glenn Agliotti.

There’s a form you can fill out but I’m hoping someone will consider this column the filing of my nominations.

Let’s start with the Companions of OR Tambo, awarded to “eminent foreign nationals for friendship shown to South Africa”.

Next: the Mendi Decoration for Bravery, awarded to “South African citizens who have performed an extraordinary act of bravery that placed their lives in great danger”.

He’s not actually eligible but Deputy President Cyril Ramaphosa deserves a nod for having to stand in front of the country demonstrating noiseless condoms while everyone wanted to murder him for not mentioning how rapidly the economy was going down the shitter.

The Order of Ikhamanga, which is awarded for the likes of arts, culture and literature, should go to the spokesperson of Mineral Resources Minister Mosebenzi Zwane for the stunning slam poetry performance he gave live on talk radio recently in attempting to explain why he had put out rogue statements by the minister on behalf of the Cabinet.

There are a few possible recipients of the Order of the Baobab. For technical innovation: whichever egghead brought South Africa its latest prophylactic breakthrough, in the form of Cyril’s silent grape condoms.

For community service, I would like to see Penny Sparrow nominated for uniting the country in disgust against estate agents.

Then there’s the big cheese: the Order of Mapungubwe, awarded to South African citizens for achievements that have been felt internationally. Step forward “Weekend Special” Des van Rooyen. It’s not everyone who can boast of having so direct an individual effect on financial markets – almost every time Des gets in front of a TV camera, the rand goes into freefall.

The order comes in various shades of metal. Des, take the gold. Take all the gold.