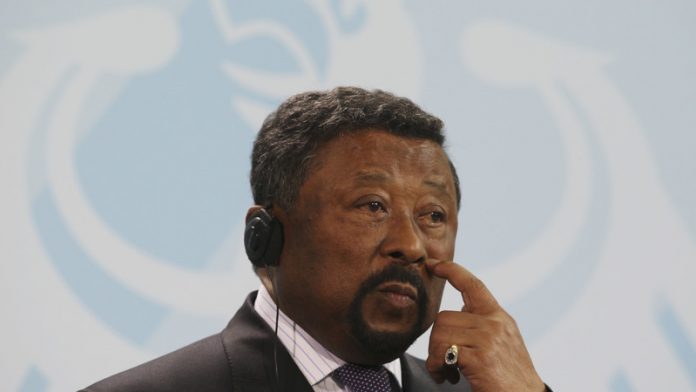 Gabon’s re-elected President Ali Bongo has shrugged off international calls for a recount of last week’s disputed vote, saying it was a matter for the Constitutional Court to decide.

Opposition leader Jean Ping has called the election a sham and the European Union has questioned the validity of the results. France, the former colonial ruler once close to Bongo’s father and predecessor, supports the idea of a recount.

On Tuesday the African Union said it would send a delegation to Gabon, which is likely to be led by Chad’s Idriss Déby, one of Africa’s longest-ruling presidents and the current chair of the pan-African body.

Ping, a former diplomat and AU Commission chairperson, said he had been told the delegation would arrive on Thursday.

At least six people died in riots in the capital, Libreville, and other cities in the days after the announcement of results from the August 27 election, which gave Bongo the victory over Ping by about 5 000 votes.

Calm has since returned to the streets. Shopkeepers and government staff returned to work on Tuesday. Parliament also resumed, with lawmakers gathering sombrely in the Senate building after part of the National Assembly complex was badly damaged during last week’s protests.

Up to 1 100 people were arrested during the unrest, according to the interior minister, although many have since been released. Ping

said on Tuesday that between 50 to 100 people had been killed in Libreville since last week. There was no independent confirmation of the figure.

The poll and its violent aftermath has brought unwanted international attention to the Central African oil producer, which counts Total and Royal Dutch Shell PLC among foreign investors, bringing petrodollars that have flowed mostly to the elite.

A main opposition complaint is that Gabon’s oil wealth has not been shared fairly among its 1.8-million people.

Asked in a pre-recorded interview broadcast on Wednesday whether he would permit a recount, Bongo told France’s RTL radio: “What people should be asking me to do is apply the law. I cannot violate the law. As far as a recount is concerned … that’s done at the level of the Constitutional Court.”

Bongo said that, under Gabon’s electoral law, his opponents had until Thursday to lodge their complaints with the court. He said he was preparing his own objections.

France has intervened in its former African colonies in the past but has ruled out intervention in Gabon, which has been run by the Bongo family for half a century.

France has a military base in Gabon but relations have soured recently. Gabon recalled its ambassador earlier this year after the French government appeared to question the legitimacy of Bongo’s 2009 election win. In April, anticorruption investigators seized several Bongo family properties in France.

Ping has said he has no faith in the Constitutional Court because of its alleged ties to the Bongo family and that a recount under international supervision should be conducted first.

He has alleged the number of votes cast for Bongo in southeastern Haut-Ogooue province was inflated. Official figures show the president won 95.46% of the vote in the province, a Bongo stronghold, on a 99.9% turnout.

The EU observer mission said the number of nonvoters and blank or invalid ballots were at variance with the reported participation rate, adding that turnout in other regions was about 48%.

“The integrity of the provisional results for this province is consequently put into question,” said Mariya Gabriel, the EU’s chief observer of the polls.

Bongo has countered Ping’s allegations. “Jean Ping has committed fraud,” he said in an interview with Europe 1 radio on Wednesday. “I didn’t organise anything, I didn’t put in place a network of cyber criminals in order to rig the vote.”

Asked whether he would accept the court’s ruling if it did examine the results, he said: “I am a democrat. I am in favour of the Constitutional Court taking up the case and may it confirm my election. That’s what I am expecting.”

He said any suggestion of forming a unity government with opponents was premature.

“I will be the president for all Gabonese, I will work with all compatriots who want to join me in working for the development of the country. But it is difficult to work with those who asked the Gabonese people to go into the streets and loot.”

On Tuesday French Prime Minister Manuel Valls suggested a recount would be sensible. He also urged the Gabonese authorities to help locate about 15 French people who are missing.

Bongo said his government had been handed a list of six names. “They are among those who rioted and looted and were therefore arrested,” Bongo said, adding that they would be treated like any citizen of Gabon. — Reuters

Richard Lough
Richard Lough works from Paris, France. I'm a Reuters journalist, now in Paris after a decade in East Africa and Argentina. Views are my own Richard Lough has over 3381 followers on Twitter.
Facebook
Twitter
WhatsApp
Linkedin
ReddIt
Email
Print