Sars Wars: What does it mean to accuse Pravin Gordhan of being ‘above the law’? 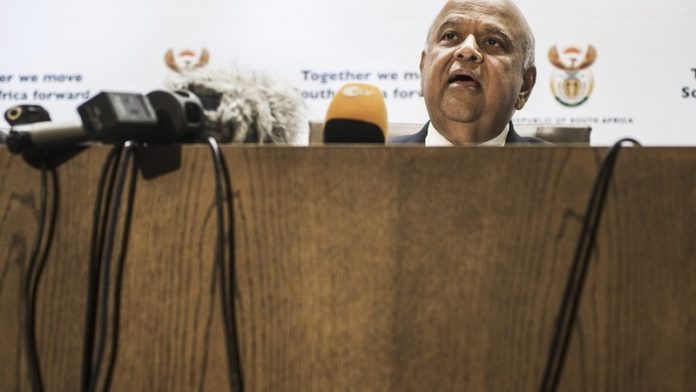 Over the past few weeks, some politicians and commentators have suggested that Finance Minister Pravin Gordhan must not consider himself to be “above the law”. What does this term mean in the South African context?

Gordhan was summonsed by the Hawks to give him a warning statement. Relying upon legal advice, he declined to meet the Directorate for Priority Crime Investigation. Hence he was accused of placing himself “above the law”. Recall that he had been asked 27 questions by the Hawks earlier in the year to which he dutifully responded. At this stage the Hawks confirmed that he was not a suspect. Suddenly they changed their mind, claiming that he was now a suspect in respect of alleged crimes that no self-respecting lawyer could ever justify as constituting criminal activity.

Among the hard-fought rights contained in the Constitution is that of keeping silent and of not being compelled to give evidence at this stage of an inquiry. It may be that a policeman trained by the apartheid regime does not grasp the significance of these rights, but others should know better. How can Gordhan have placed himself “above the law” when he invoked the law?

Ironically, some of the Gordhan critics are more than willing to defend President Jacob Zuma, who has employed ever more arcane technical defences to avoid trial on more than 700 charges of corruption, even after a full Bench of the high court found that he has no case by which to prevent the reinstatement of the charges.

Zuma faces more than justifiable charges, whereas only the Hawks’s vivid legal imagination can create charges against Gordhan. Within the last week, however, we find at least two more cases of people seeming to be “above the law”.

The deputy commissioner of South African Revenue Service (Sars), Jonas Makwakwa, finds himself in the eye of a cyclone. The Sunday Times reported this past weekend that Makwakwa received cash deposits and transfers into his account, as has his girlfriend Kelly-Ann Elskie, another Sars employee. Leaving aside the merits of the allegations against a man who is key to running tax collection in this country, it is reported that the commissioner of Sars, Tom Moyane, has had a report about these allegations since May. For some four months, he appears to have done nothing; Makwakwa and Elskie have not been suspended. So who is above the law?

Moyane has some questions to answer in this connection. Did he receive a report in May? Did he refer the allegations to the Hawks? Why were the two not placed on suspension pending an inquiry? And if, as some reports indicate, the Hawks have been in possession of this information, why have they done nothing to probe what may be a most serious breach of the integrity of so important an institution as Sars? Are they “above the law”, which they define at their whim?

Of course Makwakwa may be able to offer a plausible explanation of his actions, and it should not be taken that he has committed any offence at this stage. But the conduct of the head of Sars and that of the Hawks raise compelling questions as to who is to be held to the strictures of the law and who is not.

In past weeks, part of the law library at Howard College at the University of KwaZulu-Natal was torched. On any basis, the culprits should be charged and, if convicted, sentenced to a long term of imprisonment. The burning of books has no place in South Africa.

To be sure, student voices have been spurned for too long (as, for the sake of accuracy, have the voices of about 30-million historically and still presently disadvantaged people). It is also correct that universities have been lamentably slow in imagining an African as opposed to a provincial-European university as a model for tertiary education. But the burning of books is so massive an attack on the idea of learning, and hence of a university, that there can be no justification for such an act. Yet some argue that the law should not be applied here because the act of burning is a political act that can be justified on some populist pretext. Again, who is above the law?

We pride ourselves on our claim to possess a progressive Constitution adjudicated upon by a resilient and independent judiciary. Meanwhile, beyond the boundaries of the courts, far too many appear to be above the law, which, in turn, is used to curb political opponents with increasing abandon. Those who asked the wrong questions of Gordhan need to focus more attention on an adherence to the importance of a legal system before reach a point at which we all are surprised how little remains of any meaningful law.