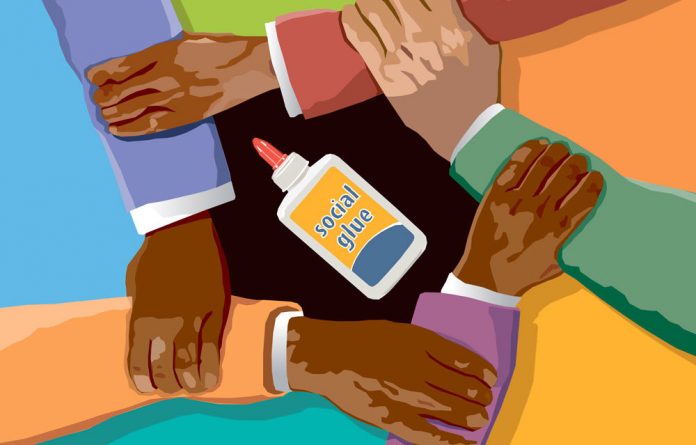 COMMENT
Pretoria High School for Girls made headlines after it emerged that black pupils were being ordered to straighten their hair chemically. Some people have responded by suggesting that pupils must abide by the school rules, which call for neatly kept hair. Do they have a point?

It’s obvious that when rules and codes of conduct are consensually developed, democratically agreed and just, they should be upheld. In this case, however, a norm has, in effect, excluded and marginalised the girls.

Justifiable difference must be supported and encouraged and not delegitimised. Difference that is substantive, continually subjected to engagement and reflection as well as contextually located and applied is the foundation of just inclusion.

It’s perfectly understandable that pupils have challenged a rule that delegitimises their being. They should be applauded. The kind of critical thinking displayed by these young people should be cherished and nurtured. Schools, like all spheres of life, must be democratic and inclusive in intent and practice.

Education needs to adapt and evolve in changing circumstances as the demographic composition shifts. Invoking tradition is puerile and it’s anti-educational when it causes hurt rather than understanding, tolerance and acceptance. If schools are to foster the democratic ethos post-apartheid South Africa hopes to nurture, they must be places where rules are subject to question and changed as required.

Discrimination in education reflects the legacy of racial and social exclusion rooted in the apartheid era. Attention hasn’t been paid to it partly because racism and discrimination is not just overt but also covert. Covert discrimination is insidious and inscribed in schools’ everyday practices and it becomes the norm.

This doesn’t mean discrimination is not endemic, structural and inscribed in institutional cultures and practices. For example, the bullying and discrimination that lesbian, gay, bisexual, transgender, intersex and questioning (LGBTIQ) pupils experience is often not recognised or spoken about. The alienation from teaching and learning of children from poor backgrounds in wealthy schools, and in schools generally, is no less a problem.

Forms of discrimination in schools cut across the rich and poor quintiles, fee and non-fee paying schools, and rural and urban schools. Most pupils are in racially homogenous, poorly resourced and underperforming schools. This is a problem of structural forms of inequity and discrimination.

In this, school governing bodies should be key spaces for democratic participation. But some of these bodies are captured to serve the self-interest of wealthy parents. Their frame of reference is exclusive and they often act with impunity. Inequality of class is a problem as much as overt forms of racism.

Given that the problem doesn’t only affect one segment of schooling, any responses should be systemic and not just episodic. It will take more than formal policies and legislation, though these are important.

There also needs to be ongoing support and education of school leaders, teachers and pupils.

Creating social cohesion is everyone’s responsibility. It requires political will, a shared consensus and participation in processes even though this may be distinctly uncomfortable.

Political will is demonstrated through leadership that prioritises achieving social cohesion, which changes unequal, system-wide relationships of power and is focused on improving education quality.

Such leadership also needs to work across the government and in provincial and national education departments. This will allow for the development of proactive educational strategies that favour the marginalised.

But none of this will work without a shared consensus and participation. Every stakeholder in the education system and beyond must be committed to social cohesion. Forums for dialogue and consultation are vital to create a robust policy framework that includes a detailed, funded implementation plan.

Mutual trust underpins this process. Without it, no policies or action plans will matter. Individuals and groups need to trust each other and hold each other to account for agreed actions. This is a precondition for realising a transformative social justice agenda in which social cohesion is evidenced in the curriculum, the classroom and in governance structures.

When it comes to teaching and learning, a socially cohesive approach will recognise difference, although not to such an extent that difference itself becomes a source of division and differentiation between social groups.

It will also encompass teaching approaches that enable pupils to confront their histories, backgrounds and pasts. It should simultaneously give them hope for the future.

In socially cohesive schools, teachers listen to pupils and place them at the centre. They seek consciously to support all pupils, irrespective of their social backgrounds.

On the governance side, a socially cohesive school will promote democratic participation and engagement across the board. This involves the members of the school, other schools and its community.

These schools will be able to develop active strategies to provide contact as starting points for breaking down barriers. They will be able to affirm and enact rights, including those in the country’s Constitution. More fundamentally, it’s about realising rights in daily practices and in the way that teachers behave and teach.

Pupils must be given the space to relate to each other, and schools must affirm the rights of refugees and migrants, who are often silent, and silenced, in discourses about social cohesion.

All this work must be founded on the guiding principles of social justice. This will actively redress an unequal past while laying the markers for a future that is equitable, tolerant and mindful of difference.

Teachers work and teach in institutions and structures that can enable or hinder their ability to act in realising a progressive agenda of social change.

But teachers do have agency. They are neither victims nor perpetrators. They are not simply the solution or only the problem. They have a responsibility as professionals to ensure that they challenge and don’t comply with rules that humiliate and demean pupils and adversely affect learning.

Individual teachers can do a great deal. They can challenge these rules through school governing bodies, which include teacher representatives, or through their representative associations and organisations, such as unions. To do this, they need policy direction, support and training.

It will take a radical conception of social cohesion to help a country like South Africa to realise social justice.

The approach should recognise how violence and conflict are mediated in widely different contexts, which reflects broader social norms and values as well as the complex histories of violence within which teachers are located.

Professor Yusuf Sayed is the director of the Centre for International Teacher Education and is based at the Cape Peninsula University of Technology. He is grateful to his colleagues Azeem Badroodien, Yunus Omar and Zahraa McDonald for their contribution to this article, which was first published on theconversation.com.