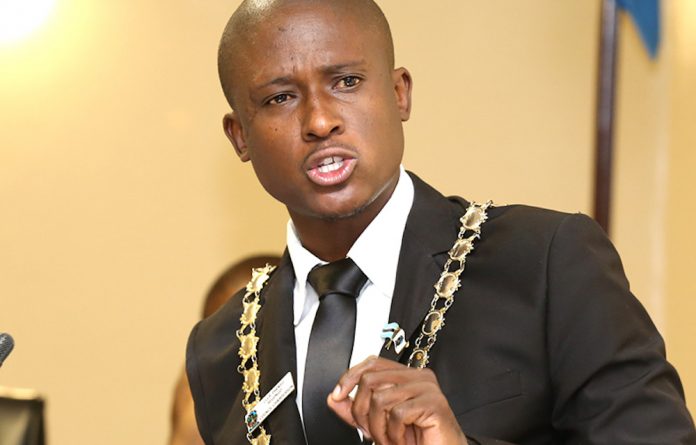 SEDC Chairman, UDC Youth League leader
Phenyo Segokgo is the current chairperson of the South East District Council and the Youth League President of the Umbrella for Democratic Change.

He was elected councillor in 2014, and at the age of 32, is the youngest chairman of the council. His fans say he has transformed the council to become one of the best-run in the country. He initiated the registration of the council’s own company to generate revenue to augment the grants it receives from the government, which they see as an innovative move.

The council is planning to open shopping malls in Ramotswa and Tlokweng to uplift the local communities. Segokgo serves as the board member of Bamalete Lutheran Hospital, where he is the deputy chairperson and a board member of the Africa Youth Liberal Network.

He introduced the Chairpersons Trust Fund in the district in 2015 with the main objective of helping the underprivileged in the society, with a target of helping 100 people by 2020. The fund offers scholarships to underprivileged children by sending them to university.

The fund recently donated food hampers to 150 essential service workers who work during holidays. It also donated 20 bicycles to Mogobane JSS for students who are travelling long distances to school.

Speaking about the contributions of the youth to society, Segokgo notes their achievements in the sporting fraternity by excelling on the world stage and performing well in the Olympics.

He also says they are leaders in the media industry, with 80% of the media workers playing a role in keeping the nation informed being from among the youth.

Segokgo also notes that young people have not been left out of leadership roles, pointing to the current Gaborone mayor and the two very young current MPs in parliament.

He stresses that free education has provided them with a platform to be able to play their role in developing the country.

Speaking about the older generation on the other hand, Segokgo stressed that they have played a big role in laying the foundations for Batswana institutions through emphasising cultural values, especially the spirit of botho, humility, and a societal set-up where we are supposed to look after one another.

He added that they also fought hard for the education of the younger generation, as epitomised by the achievements of the Motho le motho Kgomo campaign, which built the University of Botswana.