#Brangelina has come apart: Here is a pre-BrexPitt timeline of the couple’s public relationship 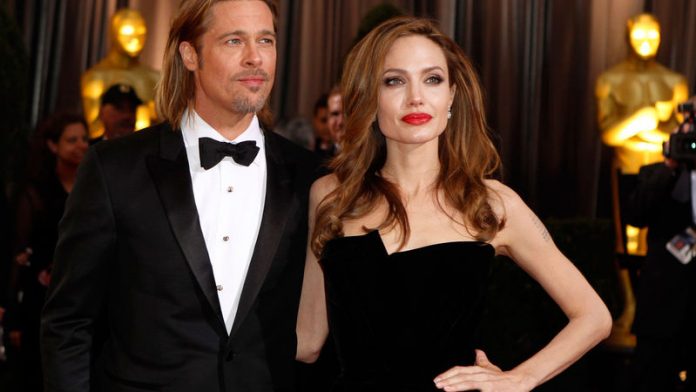 Activist, actress, lecturer, philanthropist and busy mum Angelina Jolie has filed for a divorce from actor Brad Pitt after 12 years of coupledom, two of which in marital bliss, signalling the end of one of Hollywood’s most glamorous and powerful couples.

Below is a timeline of key moments in the A-list couple’s relationship over the years:

January 2005
Brad Pitt and Friends star Jennifer Aniston separate amid rumours that he and Jolie had an affair while filming spy action thriller Mr and Mrs Smith. Neither party confirmed the rumours.

April 2005
Photos appear in media of Pitt with Jolie and her adopted Cambodian son, Maddox, vacationing together in Kenya.

January 2006
Representatives for Jolie and Pitt confirm to People magazine the actress is pregnant with Pitt’s child, the first time the couple acknowledge their relationship publicly.

A Los Angeles judge grants Jolie’s request for Pitt to become the adoptive father of Maddox and daughter Zahara, changing their last names to Jolie-Pitt.

May 2006
The couple’s first biological child, a girl named Shiloh Nouvel, is born in Namibia.

“I’ve said that we would not be getting married until everyone in this country had the right to get married,” he said.

April 2012
Jolie and Pitt announce their engagement after she is spotted wearing a large diamond ring designed by Pitt.

May 2013
Jolie reveals in a New York Times op-ed that she underwent a double mastectomy after learning she had inherited a high risk of breast cancer. She said she made the decision in part to reassure her children that she would not die young from cancer, as her own mother Marcheline Bertrand died at the age of 56 in 2007.

August 2014
Jolie and Pitt quietly marry in a small ceremony at their Chateau Miraval estate in France. All six children take part in the ceremony and Jolie stuns in an Atelier Versace white dress emblazoned with colourful designs drawn by her children.

November 2015
Jolie and Pitt appear at the premiere of By The Sea, a drama directed and written by Jolie in which they play a married couple drifting apart.

September 2016
Jolie files for divorce from Pitt in a Los Angeles court, citing irreconcilable differences and requesting sole physical custody of the children. Pitt responds with a statement to People magazine saying he was “very saddened”.

#CulturePop: A weekend of taking losses — Nzimande, Mandoza, Brangelina and AKA

Brad Pitt remains unscathed but Angelina is the temptress who stole him but is that the whole truth?