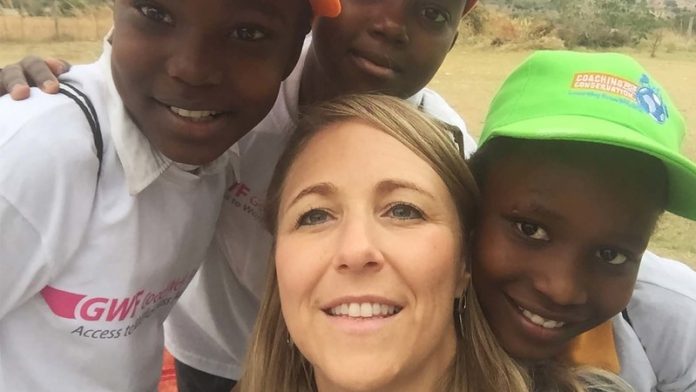 “I can’t accept that in 20 years’ time, we may not see rhino in the wild any more,” says Tanya dos Santos, head of Investec Rhino Lifeline, established in 2012 in response to the escalating rhino poaching crisis in South Africa.

As unthinkable as it may be, it’s a real possibility. In South Africa, we’re losing three rhino every day — one every eight hours — to poaching. Currently about 4 800 black rhino and 20 000 white rhino live in the wild, 80% of them in South Africa. The western black rhino was declared extinct in 2011 and only three northern white rhino remain.

“At Investec, we care about more than just profit; we care about wildlife and a sustainable future for all,” says Dos Santos. “Rhino are recognised as an umbrella species and are hence critical to the conservation of other species, so it was natural for us to want to participate in being part of the solution to save these magnificent creatures.” Umbrella species are those selected for conservation-related action, usually because protecting them indirectly protects the many other species that make up their ecosystem.

“Our ambition to create and preserve wealth includes a passion for protecting rhino, our country’s natural asset. Rhino poaching is one of the most significant conservation issues faced by our country. With Investec’s history and heritage firmly in South Africa, we had to get involved in taking action to help our country save rhino.”

Started with the primary aim of raising awareness in South Africa, Investec Rhino Lifeline focuses on youth education. “Education has always been a core component of Investec’s social responsibility programmes, and we believe that applies for conservation education as well,” says Dos Santos. “So we decided to partner with Coaching for Conservation, which is a fun, sporty, educational programme that teaches kids to care for themselves, to care for each other and ultimately to care for the environment.”

Another strategic partner is the Good Work Foundation, which has been involved with grassroots education in Africa since 2003 and was one of the first organisations on the continent to bring tablet computing and learning apps to rural learners. The foundation has enabled Investec Rhino Lifeline to take the Coaching for Conservation children’s programme to youth living in critical areas affected by rhino poaching — along the borders of the Kruger National Park.

Ryan James, managing director of the Good Work Foundation, says: “As South Africans, we must imagine a future where rural people are invested as active participants in the economy of wildlife. At the Good Work Foundation, we’re excited that in this programme, the rhino becomes the gateway to education about South Africa’s natural heritage, and education about how as a species we need to live in harmony with the planet. I think this programme could be a turning point in the lives of many young rural African children.”

Which is all well and good but, as Andrew Muir, chief executive of the Wilderness Foundation, points out, all the awareness and education in the world won’t solve the rhino-poaching crisis if the demand for rhino horn from user countries isn’t curbed. The Wilderness Foundation was established in 1972 by conservation pioneer Dr Ian Player, who led the team that saved the white rhino from extinction in the 1960s.

Dos Santos says this is an issue that Investec recognised. “As our journey evolved, we realised that we couldn’t only focus on protecting rhino in South Africa; we also needed to focus our efforts on reducing the demand for rhino products in the consumer countries like Vietnam and China.” By far the majority (90%) of poached rhino horn goes to Vietnam.

Dos Santos believes that part of Investec’s unique approach to the rhino crisis is this dual focus on both the demand and the supply side of the issue, which she says very few corporates are doing. As part of Investec Rhino Lifeline’s broader demand-reduction strategy, Investec is leveraging off its presence in the Chinese capital Beijing and Hong Kong in southeastern China, to extend its impact and raise awareness in these critical consumer countries.

“Purely as a by-product of the presence of Investec in these regions, people who live there recognise and trust our brand and what we stand for, so it’s not [like] a complete foreigner coming into their country and telling them what to do,” says Dos Santos. “It also means we have people on the ground who can help us to put together campaigns or events or communication, and they can help us distribute it to these new audiences.”

Part of this dual approach led to a strategic partnership with the Wilderness Foundation on its demand-reduction programme, which is targeted predominantly on educating the youth. In 2014, Investec Rhino Lifeline, through this partnership, and in collaboration with the Peace Parks Foundation — an international partnership promoting wildlife conservation, ecotourism and job creation in southern Africa — brought a group of students from top Vietnamese private schools to the iMfolozi wilderness in KwaZulu-Natal. For these young people, who had previously only seen rhino on television, it was the first time they had been able to appreciate rhino as a living, breathing creatures, and critical components of nature. Educational workshops run by specialists in their fields thoroughly debunked claims that rhino horn has medicinal properties, while a visit to a rhino orphanage underscored the brutality and far-reaching consequences of rhino poaching.

One of the many consequences of rhino poaching has a human face: weak laws and poorly funded policing enable international criminal networks and armed rebels to profit from a trade that fuels conflict, devastates ecosystems and has a profoundly negative impact on human security and sustainable development. And on a micro scale, but every bit as devastating, is the fact that more than 1 000 rangers have lost their lives to poachers in the past 10 years.

While one rhino poached is one too many, the relatively good news is that the 1 175 rhino killed in 2015 was, for the first time in a decade, not an increase on the number butchered the year before, when that figure rose in 2014 to an alarming high of 1 215 animals killed mainly for their horns. This achievement, modest though it may be, was due to a huge and concerted effort.

“We owe it to these animals to protect them and this is a fight we just can’t give up, as hard as it may seem at times,” says Investec executive Andy Leith. “But it’s not a fight that individuals or individual corporates can win; it’s a fight that has to be fought by many, many people.”

“Raising awareness requires huge amounts of money but it also simply requires caring and having a voice to continually reach new audiences,” says Dos Santos. “Corporates with strong brands are able to do this with comparatively little funds.” But Dos Santos is also quick to stress that everyone needs to get involved, not just corporates. “We need to continually raise awareness around this issue otherwise we’ll lose this fight. When the press stops publishing articles and the media stop making videos and the NGOs stop running awareness campaigns, that’s the day we’ve stopped caring and that’s the day we’ve lost our rhino.”

England cricketers Stuart Broad and Steven Finn, who have been Investec brand ambassadors since 2012, have added their voices to the call to the desperate plight of South Africa’s rhinos and the urgent need for fast and effective action to be taken. “A lot needs to be done, quite quickly, if we’re going to keep these amazing animals on our earth,” says Broad, while Finn adds, “It’s very important that initiatives like Investec Rhino Lifeline are supported, and that they keep going, because they really do give rhinos a lifeline.”

Dos Santos remains upbeat and optimistic about the work being done by Investec Rhino Lifeline: “We believe that the passion and determination of our clients and staff, together with the strength of our international brand, will enable us to continually keep the spotlight on the rhino and what we can all collectively do to ensure they’re still here in 40 years’ time.”