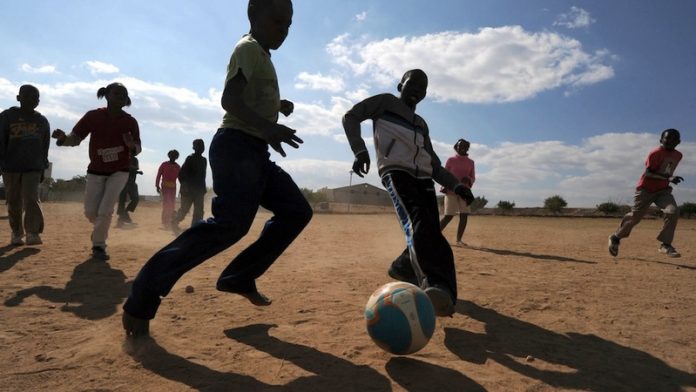 If South African sport were a body, mild itchiness would recently have given way to shivers, loss of appetite and nausea. A full-blown crisis in our sport – witness the current case of headless chicken syndrome in our rugby – is not quite around the corner, but neither is it too far away.

Too many people on boards and macro-bodies in South Africa cannot see beyond their sectarian interests, invariably putting provincial bias ahead of national needs. Such a one-eyed approach means there are few governance opportunities to discuss what is best for the game at national level.

Nowhere is this more obvious than in rugby, where the provincial presidents hold too much power at South African Rugby and often spend their money unwisely. It is they and their lieutenants who scout and contract (often with bloated rosters of players at under-19 and under-21 level), generally banging the provincial drum oblivious to the national good.

Contrast this with the New Zealand system, where the contracting of all professional players is done centrally, allowing for the exchange of ideas between franchise and provincial coaches, and the adoption of a more-or-less uniform national coaching style.

Some of the best systems in world sport – New Zealand rugby and the Dutch football of the 1970s, which, in turn, influenced Barcelona – are born of coaching dogma.

The Dutch invented “total football” in the 1970s, insisting on a fluid circulation of talents that made best use of gifted players like Johan Cruyff. The Kiwis are similarly obsessed with fast, attacking rugby based on strong fundamentals and athleticism rather than South Africa’s doggedly power-based game.

Uniformity of playing style also has the virtue of being able to incorporate new blood when first-choice players are injured or lose form. On the downside, in the wrong hands coaching dogma can harden into inflexibility, which is no good to anyone.

3. Instil a culture of sporting leaders

If cutting-edge coaching philosophies (or dogmas) are rolled out in, say, rugby at national level, someone needs to drive them. In Jurie Roux and Haroon Lorgat, the respective chief executives of South African Rugby and Cricket South Africa, for example, we might have fine administrators but such talents don’t necessarily translate into leaders with charisma.

Both might argue with reason that they are hamstrung by their boards, but South African sport needs to embrace the future rather than getting bogged down in never-ending debates about the racial composition of teams.

One example: as a first-tier cricket nation, the Proteas have never been able to come to terms with the technical and psychological demands of T20 cricket. This is because of our deep-seated fear of failure, and the fundamental conservatism of our sport in a format that demands brio and invention. Such systemic fundamentals trump our ceaseless tinkering with the racial “numbers”.

4. Place a moratorium on discussing racial quotas and targets

Has anyone else noticed that discussions about race in sport increasingly serve as a way for administrative elites to entrench their power and authority?

Cricket is a fine example. On the one hand, our cricket bosses have recently stipulated that there must be six players of colour (including two black Africans) in any national side; on the other, the very fact of raising the quota is an implicit admission that the system has failed over the past 15 years because if it had been working, such interventions wouldn’t be necessary.

This all leads one to the reasonable question of why things should be any different this time around. The politics of racial numbers are a way for elites to entrench what the Italian Marxist Antonio Gramsci would call their hegemony.

5. Draw a line between mass participation and elite sport

Although racial engineering has not served South African sport well, this doesn’t mean that more shouldn’t be done to grow sport in mass-participation environments like poor schools, township schools and inner-city schools. This said, a distinction needs to be made. Increasingly, elite sportspeople – think Kagiso Rabada and Temba Bavuma – are being groomed in private school environments because they have the wherewithal, the facilities and the money to grow the athlete. As ideologically suspect as it sounds, elite athletes are already on their way by the age of 15. Most young sportsmen and women never have such opportunities.

6. Bring back World Cups (and other glamour events)

Opportunity comes in many forms, one of them being the chance to be inspired by great sportspeople on our doorstep – a form of sports development for which we pay nothing.

There were eight years between the rugby and cricket World Cups that South Africa hosted (1995 and 2003), and a further seven between that Cricket World Cup and the 2010 Fifa World Cup. Since 2010 there has been nothing, other than the confirmation that Durban will host the 2022 Commonwealth Games and bickering about South African Rugby’s bid for the 2023 World Cup.

More international sporting events like the 2010 World Cup would inspire us all. (Oupa Nkosi, M&G)

Although hosting global showcase events has been great for both British and New Zealand sport – think the 2012 London Olympics and the 2011 Rugby World Cup – internal changes can also be made to a nation’s sporting culture. The Kiwis, for example, play no representative age-group rugby.

Provincial age-group sport in South Africa is a double-edged sword, producing fine players while semipro-fessionalising schoolboy sport, which leads to a tangible “fall-off” rate from those who don’t make it.

The negatives of the system – bizarre levels of competitiveness, contracting players at too early an age – far outweigh the positives.

8. Give us a functioning public broadcaster

No discussion of sport and sporting development can take place without the acknowledgement that more sport – and more sporting codes – should be broadcast on the SABC.

9. Bring back football in township schools

In 1996, Clive Barker’s Bafana Bafana were ranked number one in Africa and 16th in the world. Within 20 years we have spiralled downward into a limbo of underachievement. One remedy: bring back football in township high schools.

There’s too much of a disconnect in our sport between the power brokers and the fans. Nowhere is this more apparent than in football, where fans are passionate and loyal but don’t sit on boards (as they do in Europe and Britain) and therefore can’t influence the club’s buying and decision-making.

Change would be in the best long-term interests of all, particularly when it comes to local power brokers such as Irvin Khoza, Kaizer Motaung and Jomo Sono.