​The unaccounted billions in international aid 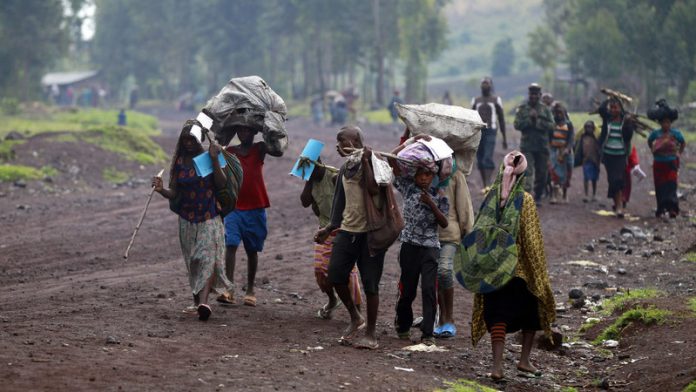 “If you keep asking these questions you will be killed,” a good friend and Lubumbashi native told me while I was conducting final interviews for a new ground-breaking paper that reveals the full extent of the quality and quantity of South Africa’s developmental assistance to the Democratic Republic of Congo (DRC).

This friend explained that walking around the DRC and asking questions about millions of dollars of expenditure was guaranteed to upset a number of powerful people. To complete our research, my colleagues and I needed to know exactly how much money South Africa had spent in trying to advance peace and development in the DRC (and how they had packaged the money).

Naturally, this made some people uncomfortable.

On the surface, the aid South Africa is perceived to have provided seems negligible. Datasets using World Bank and OECD (Organization for Economic Co-operation and Development) figures indicate that South Africa has provided nothing to the DRC in recent years. However this is based on definitions which, by their own admission, require significant restructuring. Furthermore, South Africa has opted not to take part in OECD reporting structures and processes, and the country’s lack of effective reporting mechanisms (even at the national level) makes it impossible for global datasets to include their efforts in accounts of development assistance.

Attempting to bridge this informational gap as well as address sensitivities surrounding definitions, the South African Institute of International Affairs (SAIIA) used a classification of development assistance which considers stability to be a necessary precondition for development. Our study subsequently revealed that since 2001 the South African government has provided at least R8.5-billion in development cooperation to the DRC. The word ‘cooperation’ here is not an afterthought, but a defining characteristic of the developmental relationship between the DRC and South Africa that is just as significant a factor as the amount of aid itself.

So why is it important that we know about the nature of the cooperative development relationship between these two countries? Why do different definitions lead to differences in accounting for billions of rands? And why do these figures attract such controversy?

It is important because less-developed countries are faced with the tall order of achieving the Sustainable Development Goals (SDGs) by 2030. While in the past it was clear that major funding would be available from traditional ‘Western’ donors, that is no longer the case as funding from these sources has plateaued and in many cases is decreasing. As the ‘global South’ searches for new sources for financing development, these traditional donors – despite no longer being the sole major funders in this sphere – continue to dominate the discourse surrounding it.

For example, South Africa has spent at least R1-billion on peacekeeping in the DRC, and R2.9-billion in the course of facilitating democratic elections. This stems largely from South Africa’s commitment to pursuing peace in the DRC, an objective which is now incorporated into the Agenda 2030 SDGs framework as Goal 16 (peace, justice and strong institutions). Other lines of development assistance include subsidising thousands of Congolese students’ tertiary education, training public servants in the DRC, strengthening public institutions, funding infrastructural development, and facilitating increased trade.

Some of these, though undoubtedly developmental in purpose, were not included in the OECD definition of Official Development Assistance, which includes grants or concessional loans undertaken by the official sector, with the promotion of economic development and welfare as the main objective. This definition is of course far more nuanced and includes technical assistance and some nuclear energy initiatives or cultural programmes, while military and peacekeeping lines of expenditure are often excluded. However, from the perspective of countries like South Africa, some forms of military expenditure are intrinsically developmental when they take place in a fragile context where development cannot occur without stability and peace.

Discussing development cooperation between the DRC and South Africa is necessary, as it is indicative of a different type of development assistance, one which has not been measured comprehensively and therefore may not have been utilised as effectively as possible. This is ‘South-South cooperation’, a type of development assistance which is internationally recognised as far from negligible, though its self-exclusion from the mainstream Northern discourse historically has made it seem as if it is somehow less official and less worthy.

Clearly, definitions and measurement mechanisms for developmental assistance need to move beyond the current status quo, which causes the public to view strategic and comprehensive cooperative developmental relationships like that between South Africa and the DRC as a series of suspicious backdoor deals.

Asking questions about the nature of development cooperation attracts controversy and concern because traditional definitions and the South’s discomfort with using them have unintentionally created the impression that efforts outside of those definitional boundaries are not developmental. Developing country officials are also often uncomfortable about being overly transparent about the amount of money spent by their government in aid of another government. They worry that national opinion may turn against these efforts.

The truth is that speaking about South-South (development) cooperation could not be more important, because R8.5-billion is only the tip of a colossal iceberg of untapped potential development finance that will soon change the face of the global aid landscape forever.

Carmel Rawhani is a researcher with the African Chapter of the Network of Southern Think Tanks project at the South African Institute of International Affairs.