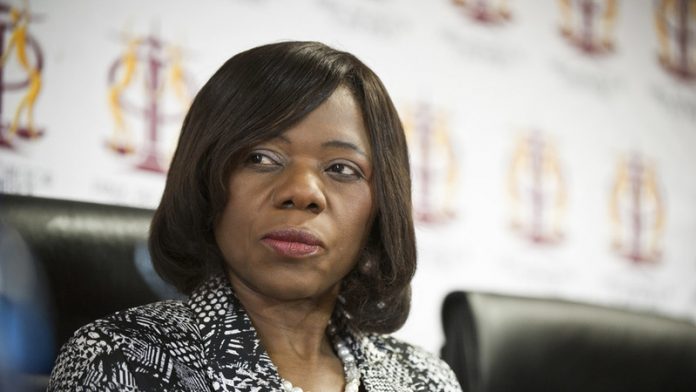 The public protector will question President Jacob Zuma this week over allegations he was influenced by the wealthy Gupta family in making government appointments, her office said on Wednesday.

The Gupta family became household names in South Africa after Deputy Finance Minister Mcebisi Jonas dropped a political bombshell earlier this year when he said they offered to secure him his boss’s job.

Zuma says the Guptas are his friends but denies they have influenced political appointments.

“We will hear his version of events and he may have information for us that we will need to consider against our own findings,” Madonsela told Business Day newspaper in an interview published on Wednesday.

Presidency spokesperson Bongani Majola confirmed the meeting would take place, Business Day said. Majola did not respond to a request for comment.

Zuma has come under increased criticism in recent months from opponents and members of his own ANC party over a series of corruption scandals.

The chairperson of AngloGold Ashanti, Sipho Pityana, on Wednesday became the latest business leader to call for Zuma to resign, calling him the “sponsor in chief” of corruption.

“Zuma must go,” Sipho Pityana said to a round of applause from delegates at a mining conference. “We must seize the moment and save South Africa.”

Some members of the ANC have also called for a change of leadership in recent weeks as internal divisions widened following the party’s worst ever local election results in August.

Zuma still has the backing of the top echelons of the ANC and millions of diehard supporters in rural regions.

Markets have been spooked by allegations Zuma is locked in a power struggle with Finance Minister Pravin Gordhan over, among other things, the issuing of government tenders to the Gupta family and its influence over the ANC.

The Guptas, who moved to South Africa from India after apartheid fell in 1994, run businesses ranging from uranium and coal mining to media and information technology.

Madonsela has already interviewed Gordhan, his predecessor, Nhlanhla Nene, and Jonas. She will interview at least 20 other top officials and members of Zuma’s cabinet, according to local media. Her report should be released by October 14, her chief of staff told Reuters.

Madonsela, whose term as public protector ends this month, previously received public support in South Africa for taking Zuma to task over the spending of R240-million of state money on upgrading his private home.

She was vindicated in March when South Africa’s highest court said Zuma had breached the constitution by ignoring her recommendation that he repay some money that was spent on non-security upgrades.

Zuma has since handed back some of the funds. – Reuters