The Lists on pulling up A Seat at the Table, Becoming Wise and John Africa’s Revolution 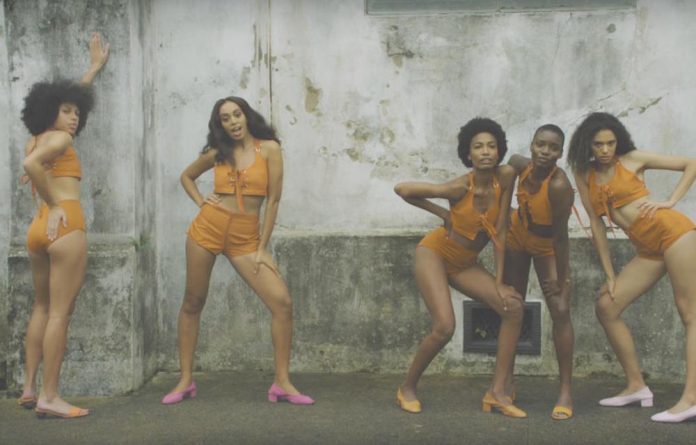 The Playlist
A Seat at the Table: Between watching harrowing footage of the student protests on ENCA’s YouTube page, I’ve been trying to get into Solange’s new album A Seat at the Table. As a piece of contemporary work, I think it’s good. As a cultural “moment’’, I think the hype machine might have slightly exaggerated things because of how thirsty we are for political songs we can dance to today. Solange delves beautifully into the things that arouse this generation’s ideological and political struggles and provides a timely soundtrack to the #BlackLivesMatter movement with stunning visuals full of black bodies of the “you’re cute but what are your politics?’’ variety. I like the album from start to finish, but I’m not comatose as a result of being moved. (MB)

John De Conqueror: One of the most fascinating songs in Georgia Anne Muldrow’s prolific career as singer, rapper and producer is, in my opinion, John De Conqueror (Ona Move). In African-American folklore, John is an African prince sold into slavery who evades his masters through trickery. Muldrow’s take weaves in post-civil rights struggles, seeming to allude to Mumia Abu-Jamal and other contemporary figures. (KS)

The Reading List
Becoming Wise: An Inquiry into the Mystery and the Art of Living: Journalist Krista Tippet has one of the most soothing voices I have ever heard and I listen to her podcast, On Being with Krista Tippet, every week. I bought her book because I not only appreciate, but also need the levels to which she is committed to creating blueprints of wisdom in the Capitalist Internet Age — considering multiple political perspectives, using spirituality and a theological approach to answer the question: How do we become better humans? I’m still at the beginning but I’ve already stopped once to shed a tear of appreciation for the simple acknowledgment that, while we are living in evolutionary times, we are also in a deep spiritual crisis and need to develop new ways of being. The writing is superlative. (MB)

20 Years on the Move: John Africa’s Revolution: The other day — with hands full and moving house — a copy of this book fell out of a clutch of odds and ends I was sorting. I’ve held on to this stapled booklet since I was a teenager, as a study of the various ways black people articulated the idea of freedom after the sweeping genocide that was the FBI’s Cointelpro. John’s flock were gun-toting urban animists who paid dearly for their beliefs, but their courage continues to inspire folk globally. (KS)

Online allyship: a broken game of do like I do

Every child deserves to be read aloud to