How to rescue our nation-building project from its traumatic crisis 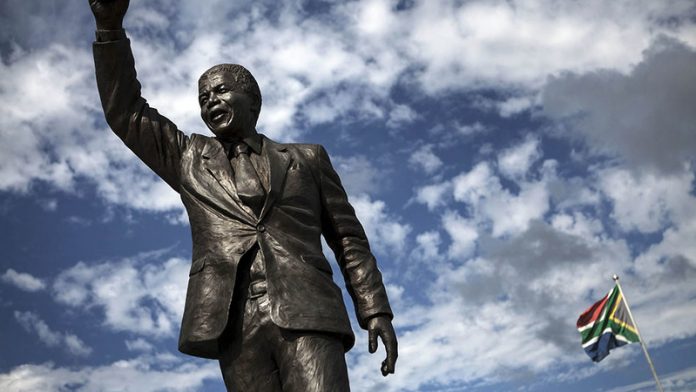 South Africans, by birth and others who have joined us by choice or temporarily, have been engaged in a nation-building project for two decades.

Nation building is defined as the construction of a national identity using the power of the state. We have a flag, national anthem, coat of arms, flower, bird and a national animal – all symbols agreed to by the founding people of our young democracy. We also have national sports teams that a large majority of us stand behind and root for. Elections seem to bring us together in sporadic moments of common national identity.

The South African nation-building project has sought to forge disparate, hurt, confused and divided groups of people into a coherent whole as a consequence of being located within an identified geographic boundary. This boundary as it currently stands has been a result of various conflicts, treaties and agreements – most of which had no input from the people who have lived, fled from wars and died in this setting for centuries or more.

There is an assumption that as a consequence of co-inhabiting a geographic boundary, our destinies – as individuals, communities, ethnic groups, genders, sexual orientation and different faiths or lack thereof – are intricately bound together. As a consequence of this top-down nation-building effort that we will, as citizens and co-inhibitors, become a united nation striving for the same goals, values and a thus a strong nation.

The upsurge in violence over the past decade suggests that the nation-building project is in a state of crisis. People living in South Africa are hurting each other either publically as demonstrated in xenophobic violence or within our homes as manifested in high levels of domestic violence, child abuse, assault, murder and violent robberies. We are tearing down infrastructure in communities and universities. People are demonstrating violently in anger at service delivery obstacles and the non-realisation of rights contained in the Constitution.

We are all traumatised as highlighted by William Gumede in his article “The African Crisis of Mass Broken Individuals” not only as South Africans but also across the continent. This trauma arises on the basis of inter-generational structural oppression, daily victimisation and bystander victimisation leading to individuals and communities being in a constant state of trauma. We are traumatised through a daily exposure to crime and violence with ordinary, legitimate protests often turning violent leading to collective traumatisation. Our experience of trauma separates us as human beings manifesting in our private conversations, internet trolling, divisive language, racism, sexism and other related intolerances.

This is not a unique phenomenon to our country. The body of work internationally dedicated to finding solutions that are currently being developed is drawn from the foundational work of Nicaraguan psychologist, Maria Cabrera. As a psychologist working in Latin America she discovered that even though people may be supported by the state through resourcing, they are unable to survive and live to their fullest potential in rebuilding their communities. They cannot feel inspired to be part of a community and a nation in positive behavioural ways as a consequence of individual and community trauma that has not been processed – not only recent trauma but trauma that is rooted in the psychic DNA of individuals and their communities.

The Truth and Reconciliation Commission (TRC) was an attempt at a national level to begin to address the recognition of the trauma experienced as a consequence of structural oppression but had severe limitations that has been extensively highlighted over the past years by other authors.

This can be an intractable problem that stands in the way of continuing to construct a nation in South Africa in the truest sense of the word. A nation in which we can collectively strive to build a functional state that has better employment levels, higher levels of growth and a smaller inequality gap leading to a sense of a strong national identity. An identity that is that is rooted in pride, healthy individuals and communities with strong state structures and collective efforts between state, civil society, business and the media, that seek to create a common level of happiness and joy at living, working and playing in the geographical territory of South Africa.

The road to overcoming our trauma, however, requires a long term investment. President Kay Rala Zanana Gusmão of East Timor has highlighted that nation building is deeply correlated with strong community building. Work internationally through the Bridge Housing Project and in South Africa, working with men and others has further confirmed Cabrera’s findings that without addressing trauma we are likely to remain in our current phase as a nation with a superficial national identity that is not cohesive and a commonly owned by all of us.

Changing the definition of nation building from a state driven initiative to a bottom-to-top process may enable us as a nation to emerge from the traumatic quagmire of our past and present that prevents us from building a common vision and creates possibilities for practical action rooted in collaboration. It should be based on mutual respect between individuals, groups and communities to form a nation of which we can be deeply proud as opposed to moments of “nation-ness” that pops up during big sports events and election days.

This requires that we develop strategies, tactics and practical activities at individual, inter-personal, community and systems levels that are appropriately resourced through people, skills and financial support. This work should be informed by work that has already been done in South Africa by institutions such as Khulumani, the Institute for Justice and Reconciliation, and the Centre for the Study of Violence and Reconciliation amongst others.

We will remain in a cycle of constant traumatisation that will continue to manifest in unhealthy behaviours including crime, violence, structural oppressions (including corruption), violating students through apartheid-style policing, massacres of miners and psychiatric patients. We may also run the risk of national violent conflict that will set us back twenty years.

Our interventions need to be firmly rooted in the understanding that unless we actively engage with inter-generational, political, identity-based, current and future trauma, process it and reconstruct ourselves, communities and the country into a state of psychological healthiness – the South African nation-building project will fail.

Yvette Geyer is a consultant in the field of governance and democracy. She has over 20 years’ experience covering a range of specialities such as elections, local government, safety and security, youth development, gender, anti-racism, transitional politics, HIV/Aids, water, civil society and policy development. She is a contributor for Democracy Works Foundation, where this article was published first. The views of this blog do not necessarily represent the views of Democracy Works Foundation.