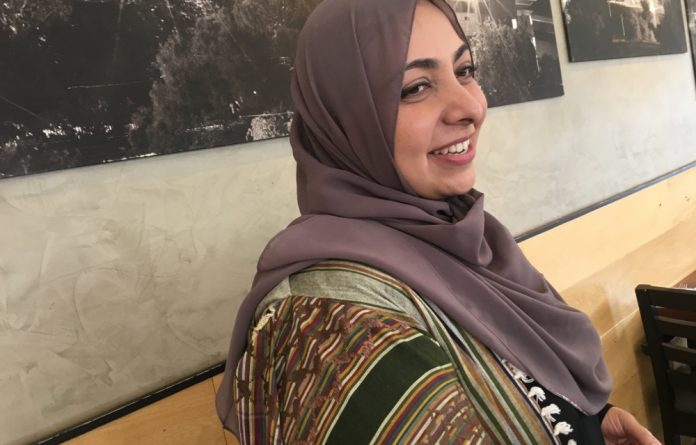 The Mail & Guardian is pleased to announce the appointment of Khadija Patel as its new editor of the weekly paper and its online platforms, along with a new partnership between the Daily Vox and the M&G.

Since 2015, Khadija has been a research associate with WISER (Wits Institute for Social and Economic Research at the University of Witwatersrand) and is currently completing her first book.

“I’m excited about the challenges that lay ahead, but I’m also humbled by the opportunity to lead the stellar team assembled at the Mail & Guardian,” she said.

Khadija previously worked at The Daily Maverick, where she was a senior reporter, focusing on international relations. Her experience also extends to publishing a community magazine that was distributed nationally. She has also been published internationally by Al Jazeera, The Guardian and Quartz, among others. She is also a respected commentator on television and radio, both locally and internationally.

Pillay said she was excited about the appointment. “Khadija is a natural fit for where the M&G and South Africa is at the moment. She is a pro at keeping her finger on the pulse with a proven track record, along with her team at the Daily Vox, of owning a significant space within the national conversation even on scant resources. With the full team at the M&G supporting her, including experienced and talented section heads and journalists, this beloved publication is going to soar.”

About The Daily Vox
Khadija is the co-founder of the award-winning The Daily Vox news platform and has been an editor of the platform since inception. Along with Azad Essa, Khadija started the Daily Vox two years ago as a voice for young people to create an alternative narrative in South African news stories. The publication has established itself as an important independent voice on critical issues facing South Africa.

The Daily Vox will move to the Mail & Guardian offices for greater support, while continuing to run as an independent editorial operation. The collaboration with the M&G will centre around the site’s commercialisation and continued growth as a brand.

Karjieker and Patel were confident that that this approach would serve the interests of both parties while preserving the sustainability of a new voice on the South African media landscape. The arrangement will allow for some convergence on content whilst allowing the Daily Vox to continue playing a role as a training ground for future media professionals. The M&G has already benefitted from the Daily Vox’s talent for mentoring young journalists when it previously hired two of its reporters: Ra’eesa Pather and Pontsho Pilane, who last night won the Vodacom young Journalist of the year award for the northern region.

The M&G is also proud to announce various other awards recently, proving its commitment and continued excellence at digital as well as meaningful enterprise journalism: