Decision to withdraw from ICC is in breach of Constitution — DA 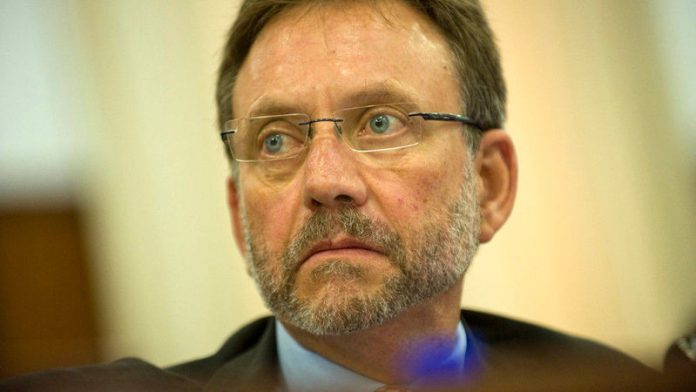 Cabinet’s decision to withdraw from the International Criminal Court is in breach of the Constitution, the Democratic Alliance (DA) has argued in court papers.

Justice Minister Michael Masutha said on Friday that the government’s reason for removing itself as a signatory of the Rome Statute was because it conflicted with its obligations to the African Union to grant immunity to its heads of states.

In the party’s founding affidavit to the Constitutional Court, filed on Monday, it argued that the decision to withdraw should be declared unconstitutional and invalid.

“The notice of withdrawal is in breach of section 231 of the Constitution, as it was delivered without first securing a resolution of Parliament authorising withdrawal from the Rome Statute,” the papers said.

Parliament also needed to take a decision to repeal the Implementation Act of 2002 before being able to vote on withdrawing from the ICC.

Lastly, the notice of withdrawal was also a breach of the state’s duty to “respect, protect, promote and fulfil” the rights contained in the Bill of Rights, and was also taken irrationally, he said.

“It was also the first African country to pass domestic legislation implementing the Rome Statute. South Africa has turned its back on these ideals,” he said in the court papers.

“It is now, together with war-torn Burundi, one of only two states party to the Rome Statute which has sought to withdraw from it.”

He also said that once SA withdraws from the Rome Statute, the decision cannot be easily undone and would take a number of years to achieve.

“This urgency is compounded by the fact that South Africa’s standing in the international community diminishes by the day while the notice of withdrawal remains in effect.”

He said Cabinet’s decision had been widely condemned by the international community, and had been seen as a betrayal of its leading role in the protection of human rights. — News24

Former president Thabo Mbeki urged business and government and society to work together to tackle issues such as poverty, unemployment and poor services and infrastructure
Business

South Africa’s pension system is ranked 31st out of 43 countries, receiving a C-grade which indicates major risks and shortcomings that should be addressed
Advertising