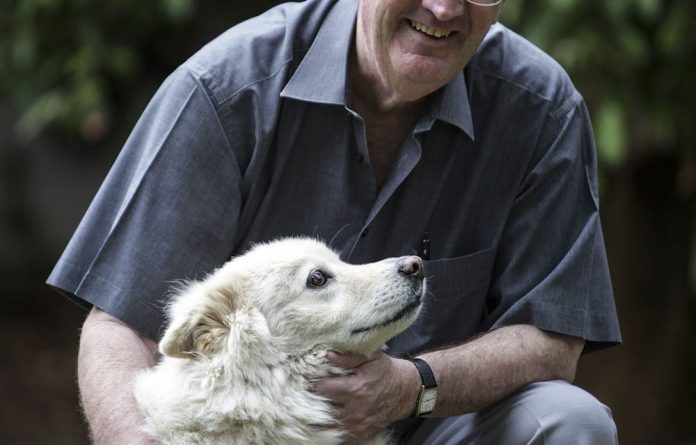 South Africa has lost one of its great writers and many people have lost a great friend. For over 40 years Tim Couzens entertained and informed, as the author of a stream of books and articles that challenged South Africans to ask who they are, reminded them of their common heritage, and shared his deep knowledge of the historical experience and literature that so fascinated him.

Above all, he was a great storyteller: a master of suspense, of the telling anecdote, the fascinating detail, the pregnant pause.

So seamlessly was all this carried off that it was easy to forget the sheer erudition and the depth of research and reading that always lay behind it.

I first met Tim at a seminar at the Institute of Commonwealth Studies in London in 1974. He presented a typically well-researched paper about the connections between an obscure historical episode in 1878 (the Patterson embassy to Lobengula) and its fictional representation in Rider Haggard’s King Solomon’s Mines.

In taking this approach, Tim argued, it was possible to see the author’s mind at work, to assess the ideological influences at play in the transition from reality to fiction. You were never going to find the answer in the text alone. It became an article of faith.

Tim at that time was a lecturer in the English department at the University of the Witwatersrand, his first academic job after studying at Rhodes University and then Oxford.

Haggard, however, was not Tim’s real passion. He was already engaged in what would be a long-running and often lonely campaign to recover black South African literature, to fight for its place in the university curriculum, to get benighted colleagues to believe that it even existed.

He wrote about long-neglected black South African writers, championing oral as well as written literary forms and methodologies. It was an uphill struggle.

University English departments were mostly wedded to the Leavisite “great tradition” and were disinclined to look beyond a narrow range of (non-South African) canonical texts. Tim was often frustrated by this adherence to increasingly outmoded views of what literature was all about. Only later would his pioneering efforts come to fruition.

We talk now of “decolonising the curriculum”. The term had not been invented then, but Tim was at it more than 40 years ago. Not only arguing the case but retrieving, in expedition after expedition, research trip after research trip, the materials that made it possible. Without his efforts, much would have been lost for good.

One figure in whom Tim took a particular interest was Solomon T Plaatje, about whom he first wrote in 1971. He was drawn to Plaatje, I can remember him telling me, by his exposure, at Oxford, to writing from other parts of the African continent, particularly authors like Chinua Achebe and James Ngugi.

It inspired him to look closer to home and on to a sustained engagement with Plaatje’s novel Mhudi. His first article, seeking to elucidate its political origins and meaning, was a pioneering intervention that did much to retrieve Plaatje’s reputation as a writer. More followed, along with newly edited and co-edited (with Stephen Gray) editions of the novel itself. Today Mhudi is studied in most South African literature courses, its status assured.

Plaatje was only one of Tim’s many interests. For his PhD he embarked on a study of the writer and playwright HIE Dhlomo, having tracked down and rescued for posterity many of his unpublished writings. A published collection of Dhlomo’s plays followed, co-edited with Nick Visser, along with The New African: A Study of the Life and Work of HIE Dhlomo, now a foundational text for social and literary historians.

From the late 1970s to the late 1990s, Tim found a congenial home in the African Studies Institute at Wits University. Here he was able to pursue his research interests with like-minded colleagues, his work now more in the area of social history than literature. Not that he paid much attention to such distinctions.

What he liked best was getting out and doing what he considered real research — in archives, in old newspapers, in collecting oral histories from elderly informants, black and white, before it was too late.

He was messianic in this mission, travelling the length and breadth of the subcontinent. He had no time for passing intellectual fashions that he thought contributed little to real knowledge and understanding — the Marxist structuralism of the 1970s, for example, or the postmodern and postcolonial theorising of the 1980s and beyond. These were the windmills Tim was always ready to tilt at. An uncompromising inaugural lecture in 1997 (Tim having been appointed to a university chair in literary history) was perhaps the most famous occasion on which he did so.

By this time Tim’s work had reached a far wider audience. His Tramp Royal: The True Story of Trader Horn was awarded the CNA Literary Award and the Sunday Times Alan Paton Award. It told the story of Aloysius Horn, a well-travelled hobo who had ended up in Johannesburg in the 1920s and was taken up by the writer Ethelreda Lewis. Her best-selling book about his exploits, published in 1927, was thought by many to have been largely fiction.

Tim set out to prove otherwise, convinced that it had the air of authenticity. He tracked down, among others, Lewis’s daughter, Trader Horn’s grandchildren — I was with Tim when we knocked on the door of his grandson’s flat on a run-down estate in South London — and he pursued Trader Horn himself across three continents.

Tramp Royal was as much the story of this pursuit as the revelation of the essential truth of Horn’s own tale. Nadine Gordimer thought Tim “combined the talents of an intrepid sleuth with the talents a novelist in the telling of his tale”. Others thought it a vindication of oral history and an extended meditation on the nature of truth in biography.

Tim’s next major book was Murder at Morija (2003). This won no awards but it should have, for this was Tim at his most accomplished. He had come across the story of an unsolved murder of a French missionary, Edouard Jacottet, at Morija, Lesotho, in 1920, and set out to solve the mystery. It nearly killed him too. On a research trip, Tim and several colleagues were caught in the worst snowstorm in a century in the Maluti mountains, and were fortunate to be rescued after eight days by helicopter.

Tim was a great reader of murder mysteries, and a connoisseur of the genre. In Murder at Morija he drew upon this, as well as his love of the Greek classics, combining his well-honed forensic skills with a wider investigation of personal, family and historical circumstances. That in the end there could be no certainty as to Jacottet’s murderer was beside the point. It is a brilliant book, the one he thought his best, ranging as widely as he needed to in order to convey the complexities and layers of meaning of his subject. Just like, he would point out, Herman Melville’s Moby-Dick, a book he rated more highly than any other.

Increasingly, Tim turned to popular rather than academic writing. He delighted in talking about his work to nonacademic audiences, believing he had an obligation to do this, and he found it difficult to refuse an invitation.

After retiring from Wits in 1999 he turned to travel journalism, much of which is collected in Rediscovering South Africa: A Wayward Guide (2001).

Another gem is Battles of South Africa. Far from being a specialist book for military history buffs, it is a wonderfully readable mix of history, biography and travel writing, taking battles — defined rather loosely — as no more than a starting point. Here, as elsewhere, he displayed his instinctive empathy and fascination for people’s lives. Nobody, moreover, was better at conveying a sense of place.

Subsequent projects included playing a crucial conceptual role in Nelson Mandela’s Conversations with Myself (2010), during which he deciphered one of Mandela’s handwritten notes for his Treason Trial speech that had eluded not only other scholars but Mandela himself, and his last book, The Great Silence (2014), an account of South Africa’s involvement in World War I.

Tim’s writings are characterised by an immense generosity of spirit, no surprise to anybody who knew the man himself. He had a special gift for friendship and collegiality. And he had a wicked sense of humour and an irreverence that could leave people perplexed.

He was hugely appreciative of the work of colleagues and disarmingly modest about his own. He had an independence of mind that sometimes led to an uneasy relationship with academia and he had little time for sloppy thinking, or for those whose idea of research consisted of no more than a visit to the library.

South African academic and literary life has lost one of its greatest stars, a true intellectual whose achievements will endure.

We’ve tried leftism for long enough and what we have to show for it is corruption and mismanagement, when what we need is jobs and education. Is it time to try out a Mashaba-esque version of right-wing politics?
Read more
National

The City of Cape Town admits it monitors the social-media pages of housing activists but denies that this is spying, as tensions surrounding land occupations increase
Read more
Motoring

With internet lag keeping them from global competition, local gamers have settled on a format for EA’s FIFA 2020 allows 11 people to play as a team. And the prize money in local leagues is growing. Eyaaz Matwadia boots up for the first instalment of Gaming Corner
Read more
Coronavirus

The producer spoke to Cayleigh Bright on the day the Cape Town Opera returned to rehearsals after almost six months of lockdown about the future-proof transcendence, resilience and relatability of opera
Read more
Advertising
Continue to the category
Politics