Book affair aims to liberate writing and publishing from the monopoly 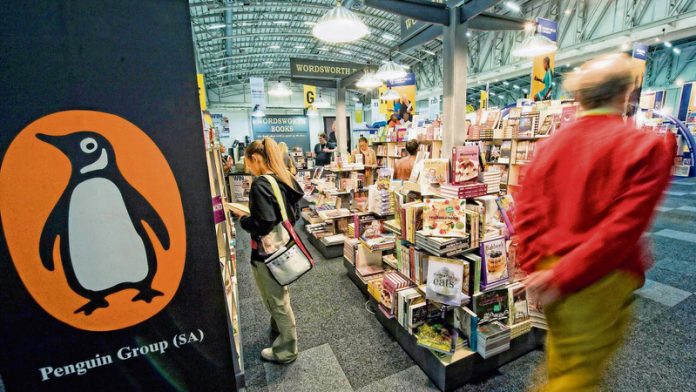 It seems we are not too far removed from a time when two or three black people gathered together were to be separated from their common purpose. And even post-apartheid, people can get trolled for attempting such a gathering, as the short-lived Forum for Black Journalists found out in 2008.

But cocurator of the Abantu Book Festival Thando Mgqolozana says attendees will find out that “there is no agenda to hurl people out into the sea – at least not just yet”.

The inaugural festival, taking place at the Eyethu Cultural Centre in Mofolo, Soweto, between December 6 and 10, dares to gather about 50 black writers and cultural producers under the theme “Imagining ourselves into existence”. The bulk of those participating are writers working across different disciplines.

Cocurated by authors Panashe Chigumadzi and Mgqolozana, the festival represents a reiteration of how a generation of South Africans, driven by ideas of self-determination and sociopolitical realignment, are beginning to take matters of cultural production into their own hands. It follows on from the success of the Time of the Writer 2016, organised by the University of KwaZulu-Natal’s Centre for Creative Arts and capitalises on the cracks in the publishing industry where imperative is starting to reckon with gatekeeping.

“Someone has been saying [about the Abantu Book Festival]: ‘Come and see what a decolonised festival looks like’, and that is not true,” says Mgqolozana. “The majority of the writers who will be there are writing in English and they are published by white publishers. So this is just the beginning, tip if the iceberg really. I hope we can only improve from here.”

Participating writer Duduzile Mabaso agrees. “I think what has happened is that writers are finding that, instead of complaining about certain spaces not existing, they may have no choice but to create those spaces,” she says. “They [any black person working within a space dominated by white capital] are realising that they have to be the first to step out of their comfort zones so that more of us can step out of our comfort zones.”

Mabaso sees a direct connection between building a readership and an environment where participants can “unapologetically just be us and be for us”.

About the potential benefits of such a space, Mabaso says: “I think it would be great if the gathered writers can come out with a way to discuss what it means to decolonise in a way that doesn’t alienate our own people.”

Mabaso’s adroit comments probably emanate from having witnessed how the language barrier (in the form of English’s pre-eminence as a language of discourse) means that writers will have to confront the possibility of operating in a space of bilingualism or, at the very least, consider how their works can be translated into multiple languages spoken across the continent.

“The decision to write in an indigenous language in South Africa is like swimming against the tide,” says author Sabata-Mpho Mokae, who has written books in Setswana and English. “You don’t do it unless you are crazy.”

Mokae, who is working on a PhD thesis on race and reconciliation in post-apartheid Setswana literature, says: “A couple of universities that are teaching creative writing are teaching in English, followed by Afrikaans. People who are writing in African languages do not have access to this kind of education. You can hardly go to the University of the Free State or North-West in Potchefstroom and read a master’s in creative writing in Setswana or Sesotho. And publishers tend to just find speakers of the language and get them as proofreaders and so on, which compromises quality.”

On the morning of December 10, Mabaso will participate in a publishing workshop with Blackbird initiator Thabiso Mahlape. This will be preceded by Lost in Translation, a panel Mokae is participating in alongside Isolezwe LesiXhosa’s editor, Unathi Kondile, and author Siphiwo Mahala.

The most radical aspect of Time of the Writer 2016, which Mgqolozana also curated, was that the festival participants’ books were bought by the eThekwini municipality, which supports the event, and stocked in more than 90 libraries – a move that has assisted in giving South Africans free access to their compatriots’ material.

Mgqolozana says the City of Jo’burg’s attitude was explained by the resident bureaucrats as a budgetary constraint. This structural brick wall is one of the reasons Mgqolozana is not quite keen to speak of the festival as “decolonised” in any way.

“After the festival, the libraries will still not have our literature,” says Mgqolozana pensively. “A reader who will have been very delighted to have access to books between the 6th and the 10th [of December] will still be left stranded after the festival because of a lack of this infrastructure.”

Author Rehana Russouw says the book festival, countrywide, is becoming smaller and more localised. However, she still remembers the snaking queues and “the over 80 000 people in attendance” at the now-defunct Cape Town Book Fair. Importantly, she remembers that many of those in attendance were black.

For all its promise, the book fair floundered when its funding pool ran dry, echoing Mokae’s worry that “writers have to speak truth to power and when that power is where the money comes from and that power is your lifeline, it becomes a problem in the long run. We might come to a situation where, if the government is not pleased with certain writers, they can smartly deal with them.”

Use African languages to promote learning

Restore the languages of dignity

Slice of Life: Determination is my language