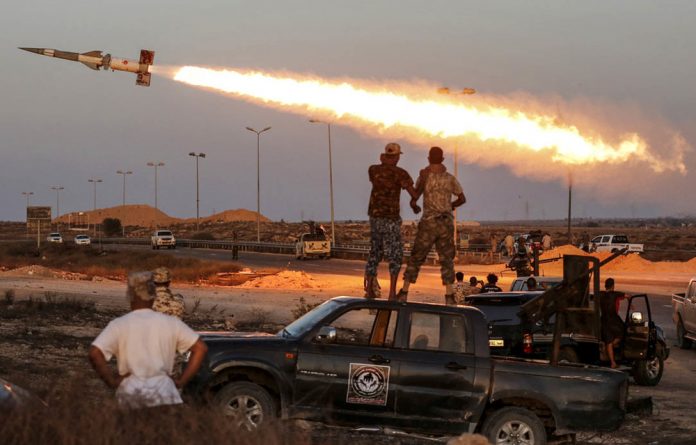 Syrian President Bashar al-Assad said a victory for his army in the city of Aleppo would be a “huge step” towards ending the country’s devastating five-year civil war.

Defeating rebels in Aleppo, however, would not put an end to Syria’s conflict, al-Assad said in an interview with Syrian daily al-Watan.

“It’s true that Aleppo will be a win for us, but let’s be realistic — it won’t mean the end of the war in Syria. But it will be a huge step towards this end.”

Since it began in March 2011, the war in Syria has killed hundreds of thousands of people, made more than half the population homeless and created the world’s worst refugee crisis.

Government forces scored an important victory on Wednesday when the rebels retreated from the Old City, the historic heart of Aleppo.

They extended their advances later in the day, seizing the Bab al-Nayrab, al-Ma’adi and al-Salhin neighbourhoods, according to state media.

More neighbourhoods were expected to fall soon, but rebels were fighting ferociously.

In a blistering three-week offensive, Syrian forces have seized about 80% of east Aleppo, a stronghold for rebel groups since 2012.

Increasingly cornered in a pocket of territory in the city’s southeast, opposition factions on Wednesday called for an “immediate five-day humanitarian ceasefire”.

When asked about the possibility of a truce in Aleppo, al-Assad said, “it’s practically nonexistent, of course”.

“The Americans in particular are insisting on demanding a truce, because their terrorist agents are now in a difficult situation,” al-Assad told al-Watan.

He said a rebel loss in Aleppo “will mean the transformation of the course of the war across Syria”.

Russia is in favour of continuing contacts between United States Secretary of State John Kerry and Russian Foreign Minister Sergei Lavrov in an effort to reach a deal over Aleppo, Kremlin spokesperson Dmitry Peskov said on Thursday.

He said the prospects for an agreement were unclear: “As previously, there are more questions than answers.”

Lavrov and Kerry met in Hamburg, Germany, on Wednesday.

A US official said they probably discussed a safe passage for rebels out of Aleppo.

“The Russians want the fighters out and they [the Americans] are ready to co-ordinate over that,” said an official with an Aleppo rebel group, who declined to be named.

Although rebels say they could fend off the offensive for some time to come, the fighting is complicated by tens of thousands of fearful civilians trapped in the rebel-held east, many related to the fighters, the official said.

“The civilian burden is very heavy, in a small area.”

Many people have also streamed from areas rebels have left and are crammed into abandoned homes while air raids and shellfire fall around them, hoping to escape before Aleppo is retaken.

A United Nations official said about 31 500 people from east Aleppo have been displaced around the city over the past week, with hundreds more seen on the move on Wednesday.

Residents say up to 20 000 people have fled their homes in recent days for other opposition areas.

About 18 000 people had sought refuge in government-held areas, the UN said last week. The Syrian Observatory for Human Rights monitoring group said the number was probably in the tens of thousands.

As winter sets in, siege conditions are increasingly desperate, exacerbated by the high number of displaced residents.