Death of a ‘nice, kind girl’ rocks a community 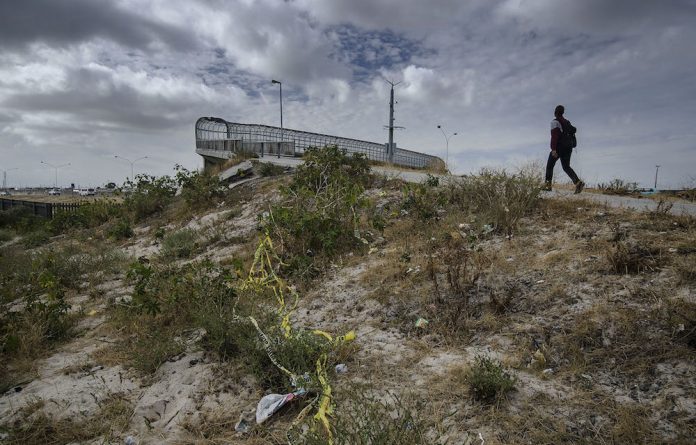 The small, tightknit community of Driftsands near the N2 in Cape Town has been all whispers and murmurs since the assassination-style killing of Noluvo Swelindawo, with one bullet to the head. Her murder is suspected to have been a hate crime because she was a lesbian.

“Noluvo was good; she liked other people. She was so kind and wasn’t hurting anybody,” a man tells me from behind his fence in Driftsands, which borders on the Driftsands Nature Reserve wetlands. The settlement is located about 500m from Khayelitsha’s Site C.

“Driftsands isn’t like Khayelitsha,” the man says. “It’s a small place. But we do have lots of crime here too; lots of people are using tik. You can’t leave your house alone, otherwise it’ll be empty when you get back.”

He walks with me to a small shebeen, across the road and between some shacks, where he introduces me to the owner, Stanford. I ask him about Noluvo. He takes a deep breath and smiles before he begins to talk.

“She used to come here a lot to drink with her friends, every weekend, but she was never a problem. She was happy, still so young and very innocent; she liked to play. Once she tried to surprise me by bursting through my office door to give me a fright. I scolded her and she was so apologetic, just like a little girl.”

He offers to show me where Noluvo lived. We walk along a small sandy path winding through a maze of shacks, crossing an acrid-smelling section of wetland to arrive at Noluvo’s shack, where she had lived for about two years.

Some of her neighbours are washing clothes outside their homes and agree to open the simple green-painted structure for me to look inside. The furniture has been moved into two side rooms. White plastic chairs and small benches are in the main part of the shack, where prayers have been held each night since she was killed.

“I used to come here to cook food for my children when I didn’t have any gas,” says one of her neighbours, Nosi. “I would watch TV here with her. She was very talkative. She would put her phone on in the morning and listen to the radio as she got ready to go to work in Cape Town at a leather jacket shop. She had a lot of friends who would visit her here too.

“We don’t know why this happened to her but we are scared because they can come back and kill us too, especially if they see we are talking.”

Stanford escorts me to where her body was discovered early on Sunday morning, near a pedestrian bridge crossing the N2 that connects Driftsands to Khayelitsha. Yellow police crime scene tape blows in the wind nearby. There is litter on the ground. People walk by.

“This is a very dangerous place,” says Stanford. “Every day people are robbed here.”

Across Old Faure Road, at the edge of the settlement, two women working for a sanitation company speak fondly of Noluvo. “She was always very happy — a nice girl — and always with her friends,” one reminisces.

Before they head off, they warn me about my safety.

Back in Driftsands, I speak to a group of men. They are hesitant to talk to me about Noluvo but admit that some people in the area have negative feelings about lesbian, gay, bisexual and transgender people.

There are mixed reports about what happened on the night of Noluvo’s murder, but Driftsands residents have undoubtedly been severely affected. A march in her memory is planned for Saturday and a memorial service will be held next Wednesday. She will be buried in the Eastern Cape.

Young voices get a radio platform in Khayelitsha