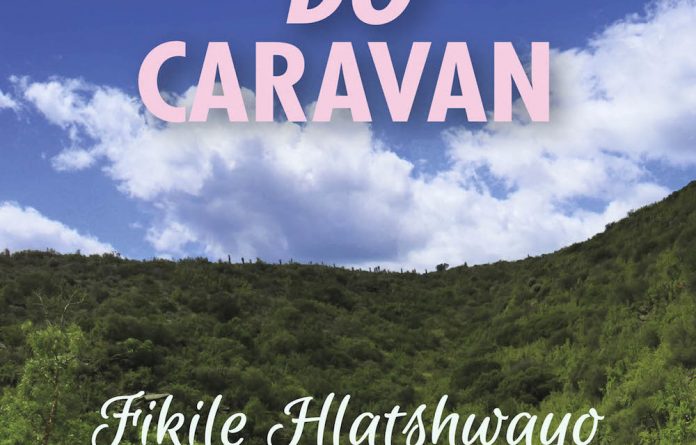 A fifth of the way into her misleadingly titled book Blacks Do Caravan, Fikile Hlatshwayo makes the opposite of the usual mistake: she assumes that the black people in her camp are campers. It turns out that, like almost every other black person she encounters, the black pair of Thapelo and Sam are employees who just happen, at that moment, to be sans the white customers they are there to serve.

“It was fantastic to say ‘Molweni!’ to fellow campers, not cleaners who take care of ablution blocks or clean braai facilities after use by campers,” Hlatshwayo writes.

By that time she had already been mistaken for a casual dish washer and for a foreign tourist, and would soon also be mistaken for a toilet cleaner, which, by her telling, she took about as well as could be expected.

“If you’re talking about black buyers you have to look at Gauteng where about 60% of new caravans are sold,” says Nico Pretorius, national sales manager of Jurgens CI, a local manufacturer more than 60 years old. “In Gauteng about 2% of our buyers are black.”

Once they buy their caravans, that 2% are not very active users in the often closed-off world of caravanning. “Membership is open to all people,” says Russell Gibbens, the president of the Caravan Club of Southern Africa. “We do have regions where there are some people from other races. But it is not a thing you see a lot of.”

The reason just about every black person in a caravan park is there as a park attendant is almost entirely cultural, most agree.

“There is this stigma; black people on average say it is an Afrikaner thing,” says manufacturer Pretorius, whose company is itching to sell its products to the emerging black upper middle class but is finding it tough going.

Hlatshwayo, meanwhile, finds herself explaining to her father, worried about the absence of other black people during a short visit to one camp, that the black people are sleeping in nearby chalets. “He was speechless and said, ‘Wow! This is a new South Africa for sure! White people sleep on the floor while black people sleep in houses, really!’”

Even in a milieu with such clear-cut racial distinctions it remains dangerous to make any assumption about race — such as that a black teenager must have black parents.

In January this year a caravan park owner from Limpopo was taken to the Human Rights Commission (HRC) after he asked a black boy to leave his camp’s swimming pool. The boy’s white foster parents were outraged, as was much of the country, up to the highest levels.

“One can only imagine the deep humiliation and hurt that any person would feel under the circumstances, let alone a child enjoying the festive spirit,” said Tourism Minister Derek Hanekom at the time.

All was not as it initially appeared, though.

“When we investigated, we found that, in terms of his rules, in the pool, every time a child swims there must be a parent to avoid drowning,” says Victor Mavhidula, HRC manager for Limpopo. “When he realised that no black parents were around there he called the child to ask where are parents. At that time the parents were not there.”

The owner, Mavhidula says, was enormously embarrassed and apologetic about his assumption that the child’s parents would be black, and made amends, including inviting township schools to use his facilities and helping with HRC projects as recently as last week.

The white foster parents, meanwhile, accepted that they may have mistakenly assumed the owner to be racist in the midst of an often racist camping community.

Should we really celebrate the equality court ruling on the apartheid flag?

South African treasures that should be on your radar

A guide to saving bucks these holidays