​Workplace change is a social imperative 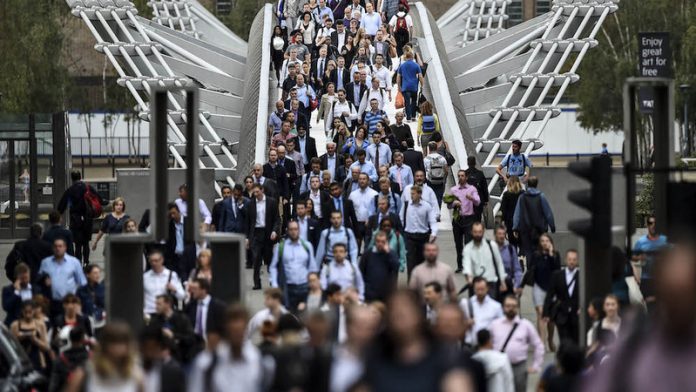 Globally, companies are generally hierarchical and mostly run top down — executives make the decisions and workers implement them unquestioningly. But South Africa’s workplaces are among the least participative when it comes to decision-making by employees. In fact, for many local corporates just the idea that employees should be involved in decision-making is inconceivable.

Democracy in the workplace does not mean that every decision must be made by all workers. The idea is to allow workers a greater say in key strategic decisions.

South Africa’s social- democratic Constitution, with its socioeconomic rights, envisaged not only democratic participation in government but also at a corporate level in the economic world.

Research has increasingly shown that participatory workplaces are more profitable because of their potential to increase performance, wellbeing and ownership.

The other is the legacy of apartheid, by which black people are those employees who follow managerial instructions, receive low wages and have few rights, whereas management is mostly white.

The organisational and management culture of companies has been infused with racial prejudice. Racist practices have been outlawed but black people still experience informal or subtle forms of racism and are confronted by the phenomenon of “whiteness”, or “white privilege”, and “blackness”. White employees are automatically seen as being more competent than their black colleagues, who have to perform much better to receive equal recognition.

Official apartheid has formally come to an end, and with it segregated facilities, job reservation and official racial management hierarchies. Nevertheless, the racial arrangement of the organisational structures of companies, workplaces and management has remained almost intact.

Furthermore, the version of capitalism subscribed to by many corporates is a very narrow one, based on the Margaret Thatcher and Ronald Reagan variant, which argues for unregulated markets and no role, or a very limited one, for government. It is often hostile to trade unions or employee representation in decision-making.

Other variations of capitalism are much more stakeholder and partnership orientated, embracing employee participation and partnerships with trade unions and government.

Continued racially based deprivation and resentment at company level, with the majority of black employees perceived as being relatively worse off than their white peers, combined with the delivery failure of a black government, have kept in place the apartheid-era distrust between black labour and white management and owners.

Figures from the Council for Conciliation, Mediation and Arbitration show that many labour market conflicts that appear to be inexplicable are often reactions to racism, although couched in industrial issues. Employees react to continued belittling and demeaning tones and attitudes by managers and strike for what sometimes appears to be an unrelated issue.

Millions of black employees experience nothing but alienation in the workplace. This means employees do not have a sense of ownership of, or allegiance to, firms, other than for their pay cheque. The low status of employees means they suffer from a lack of dignity and have a low sense of worth.

What would be the elements of workplace democracy?

Employees must be treated and valued as human beings. This means that employee input must be actively sought to formulate and implement strategies and it must be recognised and rewarded. Employees must be seen as stakeholders, helping to solve problems, seeking solutions and developing strategies.

Employees must be rewarded for increases in productivity. Just as chief executives are being rewarded with bonuses and shares, these could be used to increase employee ownership.

The policy of black economic empowerment, in which individual political capitalists close to the ANC leadership are given a slice of white-owned companies, must be scrapped. A more sustainable approach would be employee economic empowerment, which would give employees shares in the company and a share of the profits, relevant skills training and asset transfer, such as housing.

Social pacts at the firm level, between employees, management and trade unions, in which they jointly agree on productivity targets, industrial relations and some decisions, and in return receive rewards, has a real potential to deepen workplace democracy.

Assets, social capital and capital accumulated during colonialism and apartheid by white people, and the generational, cumulative effect of this in a highly competitive age, in which asset advantage acquired previously in many cases determines current and future prosperity, is widely resented by black people, who were denied access to it by official state policy. So engendering the perception of fair redistribution of assets will contribute a great deal to tackling distrust between black and white people.

Distrust will also be greatly reduced by increasing the assets — housing stock, shares and technical skills — of black South Africans.

Of course, the other part of the equation is that the government will have to deliver public services more effectively, manage public resources better and govern more honestly.

William Gumede is an associate professor at the School of

Governance at the University of the Witwatersrand and chairperson of the Democracy Works Foundation. He is author of Restless Nation: Making Sense of Troubled Times

Personal protective equipment had not been delivered to all schools, some had not been cleaned and some provinces were still in a process of recruiting people who will be responsible for screening for Covid-19
Read more
Analysis

Photographer Thembinkosi Hlatshwayo's latest project, Slaghuis, is a recounting of the trauma he experienced growing up in his family’s tavern business
Read more
Advertising
Continue to the category
Politics