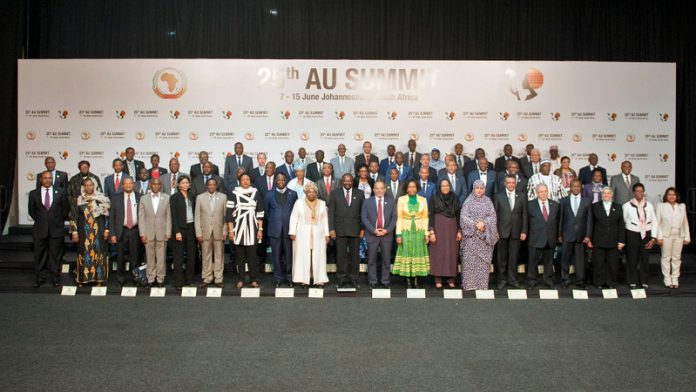 POLITICS
Regardless of where one sits in estimation of Nkosazana Dlamini-Zuma’s term as chairperson of the African Union Commission — good or bad — it can’t be denied that she certainly shook things up.

She was the first woman to hold the position. The furore over her election continued throughout her tenure as her brash style proved difficult for many African diplomats to swallow.

So, once again, a Francophone man from central Africa is at the helm of the continent’s most important institution. Alpha Omar Konaré of Mali was the body’s first chairperson in 2003 and all the office bearers before Dlamini-Zuma’s contentious term were from French-speaking African countries.

Although Mahamat’s election reverts the AU to this pattern of “normalcy”, recent global developments warn that it cannot be a full return to business as usual.

United States President Donald Trump’s recent immigration ban on three African countries (Libya, Somalia and Sudan), one of a barrage of executive orders issued in his first week in office, exemplifies the astronomical pace at which the global political landscape is changing. Africa needs strong continental leaders to steer it through uncertain times.

One of the controversial ways in which Dlamini-Zuma differed from her predecessor, Gabon’s Jean Ping, was that she tried to establish a healthy distance between her office and the competing agendas of international donors.

In 2016, only $200-million of the AU’s overall $782-million overall budget came from member contributions. Mahamat’s litmus test will be in how well he can maintain the independence of his office from outside influence, while remaining approachable and engaging with external partners.

Financial independence for the AU lies at the heart of the continent’s ability not only to respond to enduring crises but also in proactively meeting the developmental objectives set out in its 50-year development plan, Agenda 2063, and the United Nations’ sustainable development goals by 2030.

For all her missteps, Dlamini-Zuma did preside over a watershed decision last year to begin the self-financing of the AU with the imposition of a 0.2% levy on African imports. This aims to ensure that the AU’s peace operations are 25% self-funded once revenue starts to be collected from this year, with the balance going towards the general operations budget of the AU. This is expected to contribute $325-million to the peace fund in 2017, rising to $400-million by 2020, and $1.2-billion in overall revenue for the AU this year.

Closer collaboration between the AU and the UN in peacekeeping operations is another critical issue.

In his inaugural remarks to the AU summit on Monday, the new UN secretary general, António Guterres, committed himself to strengthening this relationship.

As a former prime minister of Chad (2003-2005) and its current foreign minister, Mahamat is perhaps uniquely placed to work with the UN and Africa’s regional economic communities in addressing the enduring peace and security challenges, an area in which most consider that Dlamini-Zuma failed.

Mahamat comes from a troubled neighbourhood — continued fighting in Mali, the difficult battle against Boko Haram in the northeast of Nigeria and the fallout from the political vacuum in Libya are on Chad’s doorstep.

If Mahamat is even marginally successful in resolving these crises during his tenure, he will be well remembered.

Stemming the tide of people fleeing persecution from the Central African Republic, Eritrea, Libya, Somalia and Sudan — to name but a few — is squarely on top of the international agenda. This uncontrolled flow of people evokes a multitude of humanitarian and security challenges.

To be effective in addressing this, the AU must adopt a multifaceted approach — one that targets the root causes of conflict in these locales (which is often owing to the policies of AU member governments themselves) and also acts quickly to contain the spread of violence.

In this, Mahamat perhaps faces his greatest challenge at the AU: confronting problem governments that have reneged on their responsibility to protect their own citizens.

Africa and the world will be watching.