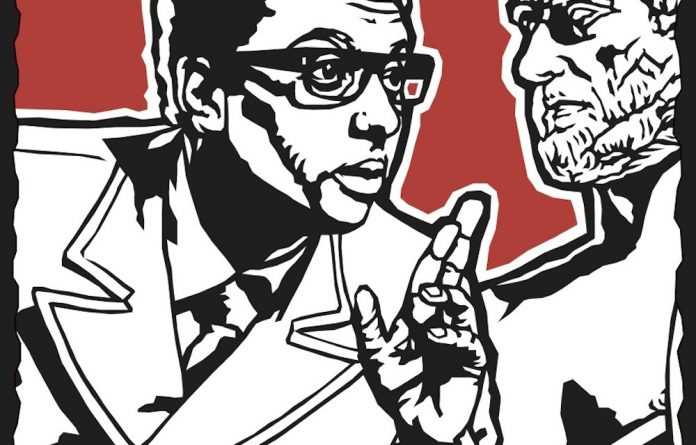 In the midst of the turmoil in the Philosophical Society of South Africa (PSSA), I read with interest the article by Rafael Winkler in last week’s Mail & Guardian. He transforms a metaphilosophical issue into an epistemological issue.

The philosophy professor says the issue was prompted by an all-white panel discussion on South African identity. What he avoids confronting is the fact that black philosophers did not only question the constitution of the panel, they also took on the persistent marginalisation of everything black (philosophers, philosophy, students) by the PSSA. They questioned the reality of the latent and subtle racism endemic to the PSSA itself.

I have, over the past 42 years of teaching philosophy, endured indignities in the PSSA by virtue of my black identity (to call myself black, according to Winkler, is to objectify myself). The main problem, to use Charles Mills’s characterisation, is that academic philosophy in South Africa is “so white you’ve got to wear shades”.

In 1977, when the PSSA conference was held at the University of Potchefstroom (now part of North-West University), a white woman cashier at the cafeteria called me a “kaffir” . This happened in the presence of my white colleagues. None of these philosophers made a fuss about the incident except to mumble a few embarrassed words to the hostile cashier that I was part of the group (a different kaffir).

Being the only black person at the conference, the hostile and unwelcoming gaze of the ordinary Potchefstroom white people was dehumanising and piercing to the bone. I remember that a deluge of self-consciousness overwhelmed me. I felt that I was a curiosity, a phenomenon, a happening, exoticised and patronised. When I recall that event, George Yancy’s 2008 book, Black Bodies, White Gazes, comes to mind. The book is an attempt “to explore the black body within the context of whiteness, a context replete with contradictions and mythopoetic constructions”.

I was subjected to statements such as: “I’ve never met an intelligent black person like you before – I mean a black man who is actually a philosophy teacher.” But then, despite this seeming acknowledgement, I was philosophically completely ignored. Instead, questions about the intentions of black people – given the 1976 Soweto student protests – were at the top of the agenda in any conversation with me. I was taken as “a native informant” and not a philosopher. How would I, a single person, know the thinking of all black people?

Tired of being a lone “school kaffir” among white men with an attitude and constantly insulted in more ways than one, I stopped attending these annual philosophy conferences from that year. I think I remained the only black philosophy lecturer until Joe Ndaba arrived at the University of Zululand and Vincent Maphai joined the department of philosophy at the University of the Witwatersrand. Maphai’s presence encouraged me to attend when Wits hosted the conference in 1983. When I got there I realised things hadn’t changed so I again stopped participating in those conferences and later joined black philosophy projects in the United States and Caribbean.

At one point the mission statement of one of the philosophy journals in South Africa declared that: “Although Philosophical Papers is published in South Africa, it is not associated with the South African government and the members of the editorial board regard the policy of apartheid as an infringement of human, civil and academic rights and an affront to human dignity.”

The other journal affirmed that: “The [Philosophical] Society is committed to the achievement of a just and democratic South Africa where there is no discrimination on the grounds of race, gender or creed.”

Yet, when a member of the philosophical community (Richard Turner) was gunned down by the agents of apartheid, when a member of the society (George Mashamba) was arrested and sentenced to 10 years on Robben Island and when another member (Louis Mnguni) was repeatedly detained by the security police – all of them subjected to repression for opposing apartheid – the silence from the philosophical community was telling. I wrote a number of papers noting that South African philosophers demonstrated:

This, and my decision to rather attend conferences in the US and the Caribbean, did not endear me to the (white) philosophical community in South Africa. In an antiblack society white people assume a right to tell black people how to react to their insults. When you react in a way they do not expect, they label you an “anti-white” or “racist” or, at that time, “black militant” or, à la the apartheid regime, “communist-inspired radical”.

The usual defence mechanism of a racist white person is to call the black victim of racism racist. This is what Lewis Gordon appropriately calls “equal-opportunity racism” and is expressed in statements we frequently hear: “Blacks are also racist.” This means if everyone is a racist, then either no one is racist or racism is a natural human phenomenon and no one can really be blamed for being human.

Winkler argues that the real problem of the panel was not racism but “who has the authority to speak about South African identity”. This formulation seems to me to be an attempt to depoliticise and de-ideologise the issue, thus relegating it to an epistemic proposition of “knowing” and “truth”. Authority, Winkler asserts, “is a property of our judgments insofar as we purport to say something true by means of them, and not of our experiences”.

Can judgments be true? Only factual statements seem to be either true or false; value judgments call questions of justifiability and even validity to mind. What then am I to make of the truth of my experiences? Do I have no authority about my own experiences as a black person in philosophy in South Africa? Perhaps Winkler should pay careful attention to Frantz Fanon’s Black Skin, White Masks, especially the chapter entitled “The Fact of Blackness”.

For black people in an antiblack world there is never a moment in their lives when their blackness is not an issue such that it can be treated as irrelevant to their existence. Black professors at a historically white university are presumed to be either students or labourers. If they are acknowledged as a professors, they are not simply professors but black professors.

Winkler’s question: “Who has the authority to speak about South African identity?” may be rephrased into Linda Alcoff’s question: “Who has the authority to speak for others?” She argues that to speak “for” or “about” others amounts to the same thing. Although white paternalism assumed many different forms, the one form that Steve Biko, the Black Consciousness adherents and the black philosophers in the PSSA particularly abhorred was what Alcoff calls “the problem of speaking for others”, especially by those whose location is socially, politically, economically and epistemically salient. Speaking on behalf of black people by white people of goodwill, for example, has always been a major problem among black people struggling for freedom in antiblack societies.

As far back as 1827 the editorial of the first black newspaper in New York read: “We wish to plead our own cause. Too long have others spoken for us. Too long has the public been deceived by misrepresentations, in things which concern us dearly. From the press and the pulpit we have suffered much by being incorrectly represented. Men whom we equally love and admire have not hesitated to represent us disadvantageously, without becoming personally acquainted with the state of things, nor discerning between virtue and vice among us.”

What the young black philosophers in the PSSA are saying is exactly what Stokely Carmichael (aka Kwame Ture) said in the 1960s in the US during the Black Power Movement and the Student Nonviolent Co-ordinating Committee era: “Our forefathers ran. Our grandfathers ran. Our fathers ran. This generation has run out of breath.”