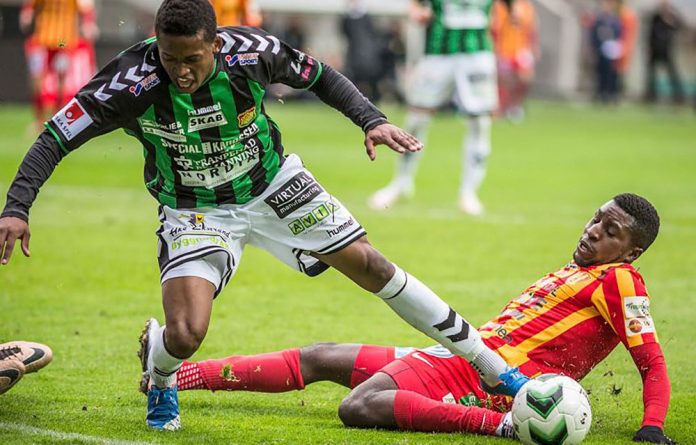 Put aside the distraction over the services of Wits striker Phakamani Mahlambi, South Africa’s 3-1 demolition of Cameroon in their opening match of the Confederation of African Football’s African Cup of Nations U-20 tournament has made other hopefuls sit up and take note.

Despite facing a Cameroon side that appeared to be loaded with players who looked older than 20, the youngsters clawed their way from being a goal down with new striking sensation Luther Singh snatching the first hat-trick of the tournament.

The unholy war that erupted between the South African Football Association (Safa) and Bidvest Wits over the availability of Mahlambi for national duty ended amicably when the youngster was finally released to join the rest of his compatriots in Zambia this week.

National coach Thabo Senong refused to be drawn on the matter, which delayed the arrival of the Wits star, insisting that he always knew the youngster would join them as he had taken only 20 players to Zambia.

An excited Mahlambi was warmly welcomed by the team, who anticipate his combination with Singh and Liam Jordan upfront could create a three-pronged attack capable of carrying South Africa to the top of Group B and qualifying for the U-20 Fifa World Cup in South Korea later this year.

“This group must qualify for the World Cup in Korea,” Safa president Danny Jordaan said. “It has been our objective to have our youth teams qualifying for major tournaments and, should they achieve this objective, the experience they would gain would be invaluable going forward.

“Vision 2022 would be well on track as the bulk of these players would form the core of the
team that would contest qualification for the 2020 Olympic Games and eventually the 2022 World Cup in Qatar.”

In their way is an always quality Senegalese team and the lanky physicality of a Sudanese team, who managed a draw against the West African aspirants.

Host Zambia made their intentions of making it two Southern African countries qualifying for the World Cup in Korea crystal clear when they overcame a stubborn Guinea at the 60 000 sold-out Hero Stadium in Lusaka, with Austria-based Patson Daka netting the single goal.

Zambia, the Council of Southern Africa Football Associations
champions, looked solid and compact in defence, and skillful and aggressive going forwards. They would seem the team to beat in this tournament.

“Our first objective is to qualify for the World Cup,” said the Football Association of Zambia president Andrew Kamanga. “The second objective is to win the tournament on home soil.”

This is certainly not an easy group and, although narrowly beaten by the home side, Guinea were not overawed and held their own until the last minute, so should not be discounted. The same applies to both Egypt and Mali, who failed to score in a tight opening match and could also qualify in this group.