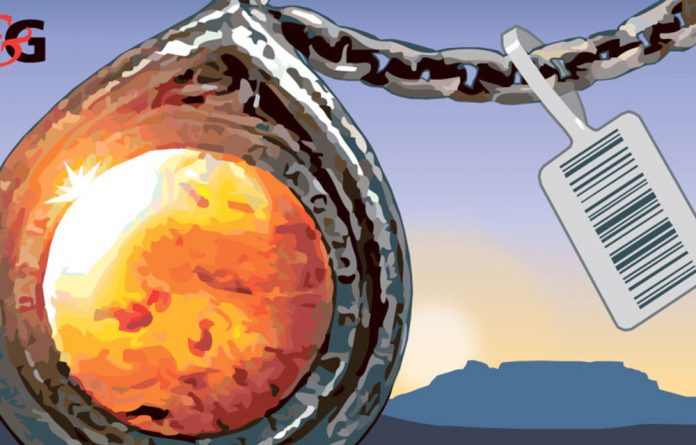 “A mage’s name is better hidden than a herring in the sea, better guarded than a dragon’s den.” — Ursula K le Guin: A Wizard of Earthsea

I must admit, I’m not the target audience for a young adult fantasy. But Helen Brain’s book — the first in an intended series — promises interesting things: a video trailer set to ominous music claims that it is the “most exciting dystopian novel of the year … set in a post-apocalyptic Cape Town”.

And, besides, as Ian McDonald (the Everness series), Paolo Bacigalupi (Shipbreaker) and Ursula K le Guin (The Earthsea books and more) have demonstrated, good young adult fantasy can entrance and intrigue readers of any age.

Elevation’s plot employs familiar tropes, and a reader can’t resist ticking them off: workers reared and culled in a sealed underground bunker; a child marked for glory by a mysterious birthmark and amulet; a devious and corrupt high priest; lust-worthy young men competing for the heroine’s hand; a postapocalyptic surface world ruled by a near-feudal elite; a quest for a set of four magic objects, which, if found, can restore the old gods and stave off the end of the world. Recently, the first of these has been used very successfully by Hugh Howey in Wool (although rather more convincingly by Tim Lebbon in Echo City); the rest recur so frequently the references are uncountable.

In this genre, that may not matter: Brain has ample scope to assert difference through her chosen setting and the power of her narrative and characterisation. That doesn’t happen. Postapocalyptic Cape Town feels just like postapocalyptic young adult anywhere else. There are a few references to characters having brown skins or bearing African names, but these never signal intriguingly different experience.

Our heroine’s descent from the Goddess is marked by her milky-white skin and red hair, as well as her birthmark and amulet.

The belief system underlying the book’s magic owes nothing to the belief systems of Cape Town’s wine estate workers and fishing communities — who are presumably the forebears of the book’s equivalents — which still carry echoes of East Asian tradition.

The environmental apocalypse is loosely explained. The main protagonist is shallow, silly and surrounded by stock figures from Central Casting. (The point of being an adult writing a younger character is that you have the knowledge to reveal the complexities lying beneath a naive surface.)

The writing is dull and literal, pinned down by the kinds of choppy short sentences Le Guin would never bore her young adult readers with.

There’s no nuance, no poetry and, above all, no sense of wonder. When we are told about the amulet (“… the silver circle with a polished brown stone balanced within it. There are four clasps on the chain but only one has a charm hanging from it”) it sounds like something you might buy at Truworths.