Liberation politics from the excluded 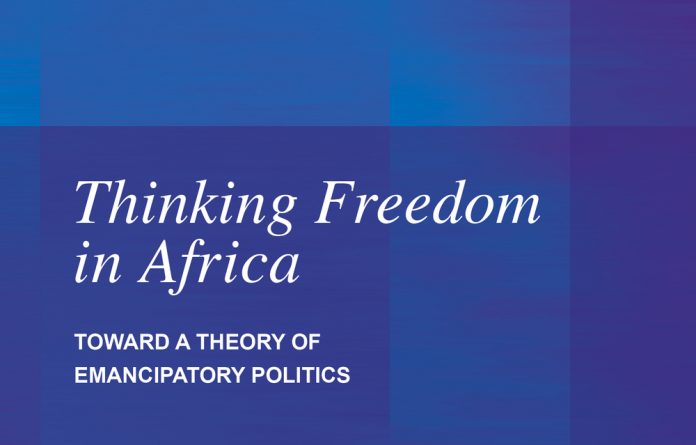 How are we to begin to think about emancipation in Africa today after the collapse of the Marxist, the Third World nationalist and the neoliberal visions of freedom?

How are we to conceptualise an emancipatory future governed by a fidelity to the idea of a universal humanity in a context where humanity no longer features in our ambit of thought and when previous ways of thinking emancipation have become obsolete?

In the formulation made famous by Frantz Fanon on the last page of The Wretched of the Earth, how are we to “work out new concepts” for a new humanism?

Thinking Freedom in Africa: Toward a Theory of Emancipatory Politics seeks answers to these questions in the light of what has become apparent, namely the absence of a thought of politics in all three of these conceptions of universal history today. This may seem paradoxical, but if we are to understand politics as a collective thought-practice — as that which constitutes human collective agency — then it should be clear that all three have substituted, in one way or another, the idea of power, that of the state, for human agency itself.

The state may have been understood as the main agent of social change. However, it is not the agent of universal history. Only the people themselves can fulfil that role.

Of course, it is only from among the politically excluded that a political subject with an emancipatory politics can see the light of day. Yet, at the same time, one cannot endow a specific social category in advance with the qualities required to propel history to a given end. Even though it is only the people who make universal history, who the people — more precisely, who the politically excluded — are in any specific situation differs, and they can be recognised only by what they think, say and do.

The problem is fundamentally that social science today does not listen to what the excluded have to say; the knowledgeable apparently know what people think (or are supposed to think) in advance, for they speak for them, using a priori scientific
categories.

That large numbers of such excluded people live on the African continent is certainly not a new phenomenon, yet these people are still not being listened to, despite the historical exit of the colonial state. In fact, their numbers have been increasing under the depredations of an ever-violent and despoliating capitalism, while the fundamental features of colonialism, such as virulent racism and the view that the people constitute the enemy of reason and progress, continue to be crudely and uncritically reproduced.

In order to rethink human emancipation (another word for equality) on the African continent, this book has of necessity had to be a work of theory concerned with political subjectivities as objects of investigation and with developing categories for thinking an emancipatory future.

It is not a work of history, even though there is much discussion of history in it. It is, rather, a book that opens up an area for investigation — that of emancipatory political subjectivities. It insists on approaching their understanding in a rational manner “from within” — in other words, using their own terms and categories — and not exclusively as reflections or representations of something external to them such as social location in a complex matrix of social relations, or “Man”, or history, or culture, or state policies or even discourses of power, inter alia. Emancipatory politics concern not so much power relations as a process of subjectivation.

We shall see throughout this book that African people, much like everybody else, have refused to be victims; they have at times been quite able to draw on their heritage of knowledge to contest, often successfully, colonial domination and thereby to create new knowledge in the process. As a result of their exclusive focus on thinking divisions, interests and identities, the social sciences have only rarely engaged in thinking universal emancipation, freedom, justice and human dignity.

This is why Marx’s thought was so exceptional, precisely because his was a thought of the universal emancipation of humanity combined with a theory of the social.

On always being the other