Web archives open up the truth about Marikana 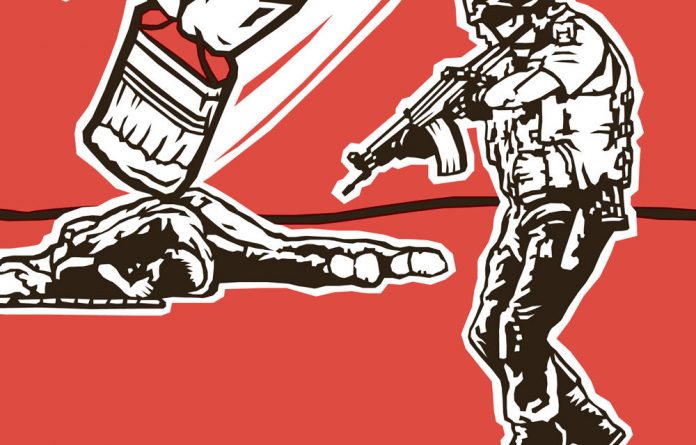 COMMENT
The report by the Farlam Commission of Inquiry into the Marikana massacre, released in June 2015, left South Africa with more questions than answers.

Who is to blame for the deaths of 44 people? How could such a tragedy have been allowed to happen in South Africa’s constitutional democracy? How can justice be provided for the mineworkers’ families and communities? What systemic changes can be made to prevent the collusion of private and public power to violently repress workers’ struggles for improved wages and better working conditions?

Four and a half years after the massacre and nearly two years after the report was released, neither the state nor Lonmin mining company has adequately taken responsibility. And criminal prosecution of police officers is barely moving.

It seems likely that the state will eventually pay monetary compensation to the miners’ families, but it’s these families who bear the financial consequences in the meantime.

Justice for the families that have borne the brunt of the bloodiest event in South Africa’s post-apartheid history is still some way away. So is the truth.

The Constitution establishes “accountability, responsiveness and openness” as founding values, and when it describes the basic values of the public administration it makes it clear that “transparency must be fostered by providing the public with timely, accessible and accurate information”. Yet the South African Police Service (SAPS) was anything but transparent or truthful.

Indeed, the SAPS seemed intent on ensuring that the truth about Marikana was not revealed. One telling example is found in the Farlam report, which concludes that: “The leadership of the police, on the highest level, appears to have taken the decision not to give the true version of how it came about that the ‘tactical option’ was implemented on the afternoon of August 16 and to conceal the fact that the plan to be implemented was hastily put together without public order policing inputs or evaluation.”

This describes orchestrated lying under oath. We know now that this intricate, collusive cover-up story was developed by the police at an infamous SAPS debriefing and planning retreat held over 11 days in a hotel in Potchefstroom in preparation for the commission.

If there is a full truth to be found, it has not yet conclusively been established to the satisfaction of the comrades, colleagues and loved ones of the victims of the massacre.

This is why it is crucial that the historical record of the commission’s proceedings is kept, made publicly available and scrutinised.

The Farlam commission sat for 300 days, from October 1 2012 to November 14 2014. It produced and collected a mass of evidence. This evidence includes witness testimony, video footage, audio clips, photographs, the contents of the SAPS and Lonmin hard drives, meeting briefs, emails and telephone calls.

Though some of the evidence, documents and transcripts are available on the commission’s website and elsewhere, a great deal of information that could help to uncover the truth is only now, five years later, becoming made available to the public.

In the week in which the International Day for the Elimination of Racial Discrimination was marked (March 21), the Socio-Economic Rights Institute of South Africa (Seri) launched a full and comprehensive set of evidence exhibits and transcripts in a single, easy-to-navigate online location.

Seri was part of the legal proceedings following the Marikana massacre from the start, representing 36 of the miners’ families at the Farlam commission. It continues to represent the victims’ families in the search for justice in the form of an apology, civil compensation from the state and criminal prosecution of those police officers who murdered their loved ones in cold blood.

What happened at the Lonmin mine in August 2012 became a polarising incident in South Africa. How 44 people ended up dead after what began as a labour dispute is still a matter of speculation despite the volumes of evidence presented to the commission.

The report fills 646 pages and elucidates little with respect to how it came about that each of the 44 people who were killed died and who specifically could be to blame. A diligent reader is left wondering how such a tragedy could have unfolded, how so much evidence could have been presented to the commission and the implicit conclusion reached that it was an “accidental massacre”.

The volume of evidence is staggering. It is replete with eyewitness and technical expert testimonies, medical and media reports, policy documents and police protocols. The police, politicians, Lonmin management and staff, union leaders, academics, journalists and miners are all represented in the exhibits.

Making the evidence available for public access will allow community activists, the public, the media and academics an opportunity to revisit the incident and judge for themselves what may have happened on those fateful days. It will provide an assurance that although the truth has often been obscured during the commission’s process — whether deliberately or unintentionally — the history of the process and the massacre will not be lost. A highly politicised climate permeated the commission and its proceedings, and returning to the primary sources, the raw material, offers an opportunity for clarity. This is necessary.

During Seri’s interactions with the victims’ families to try to explain to them and their communities in Rustenburg, the rural Eastern Cape and Lesotho what the commission had concluded, it became apparent that precious little information reached them. Misinformation, possibly through the media, or from political entities or even merely as a result of communications lost in translation and through retelling, was rife.

Despite the gruesome images and harrowing autopsy reports, the most haunting exhibits remain the presentations by the victims’ families to the commission, allowed after two years of persistent requests. In these exhibits the lives that were lost in August 2012 are remembered.

It is in these presentations that the depth of the loss suffered can begin to be understood. The men who were portrayed during the commission process and in the media as “miners” or “criminals”, “rock drill operators”, “weapon-carrying mobs” or “victims” were described in these emotional presentations in their full complexity as fathers, sons, brothers, providers, friends and key members of their communities.

The families’ experiences of the commission, reactions to the commission’s report and continued demands for justice are captured in a video titled Time to Bring the Truth Home, launched earlier this week.

Though the state is rightly their main target for political accountability and civil compensations, and it is the National Prosecuting Authority that will need to pursue criminal prosecution of the victims’ murders, this public record allows for further investigation of Lonmin’s complicity and responsibility. It illustrates clearly how Lonmin resources were used by the SAPS in carrying out their operations in Marikana. Lonmin, too, still needs to take full responsibility and apologise sincerely to the victims’ families.

The release of the full evidence promotes the transparency necessary to promote constitutional demo-cracy. This is significant because the Marikana massacre highlights the devastating consequences that arise when public and private power collude to the detriment of the poor and vulnerable.

It is a small step in the regrettably long process of attempting to restore the dignity of the victims, their families, friends and communities, and the country as a whole.

Safia Khan is a former intern and Tim Fish Hodgson a senior researcher at Seri. The evidence exhibits and transcripts are available on marikana-conference.com