This is what’s inside Malusi Gigaba’s inbox 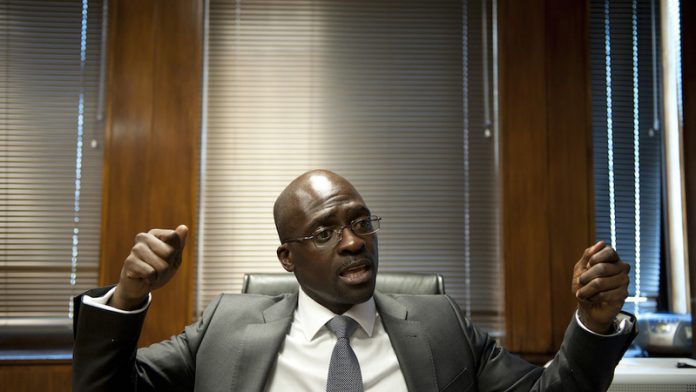 NEWS ANALYSIS
New Finance Minister Malusi Gigaba has an overflowing inbox waiting for him. His predecessor — who flatly refused to help along “radical economic transformation” — left behind many requests, and a few demands, by Cabinet colleagues and even his President.

Here are some of the most important things demanding Gigaba’s attention.

To do: Sign a R1-trillion nuclear power station guarantee
Nhlanhla Nene wouldn’t do it. Des van Rooyen never got the chance. Within days of taking over, Pravin Gordhan said he couldn’t, because “we will only spend money we have”. And that left Zuma without the R1-trillion (conservatively, consensus now has it) needed to build the 9 600 MW-producing nuclear power stations he has insisted, for years, must be built.

Zuma’s determination has never wavered, and neither has Gordhan’s. Gordhan said “insufficient” work was done by the department of energy — now also under a new minister — on the costs and potential benefits of a fleet of new nuclear power stations.

He also refused to make provision for them in two consecutive budgets.

Gigaba’s public commitment to nuclear power goes back to at least 2013, when he was effectively in charge of Eskom as public enterprises minister.

In November 2016, during a debate in Parliament on a vote of no confidence in Zuma, Gigaba said South Africa was being subjected to a regime-change offensive in part because of its plans to build new nuclear power stations.

Opposing this agenda was necessary, Gigaba said, “to the very death”.

To do: Get behind social development’s plans for social grant payments
Social Development Minister Bathabile Dlamini, who was responsible for a national crisis in the handling of vital social grant payments (and remains in her post), tried very hard to make the treasury share responsibility for that shambles.

She also insisted that the treasury had to sign off on her plan to keep the incumbent outsourced provider, Cash Paymaster Services (CPS), on for up to two more years.

Gordhan firmly refused, insisting that social grant payments were Dlamini’s business and that his treasury could not sign off on blatantly illegal deals.

The Constitutional Court sorted out the mess Dlamini created in the short term, but there is less than a year to run before that interim arrangement lapses. In that time, Dlamini needs the treasury to cough up the money, which is not budgeted for — to build new infra- structure to duplicate what the Post Office can offer.

Or, come March 2018, she will need somebody to sign off on yet another extension of the deal with CPS.