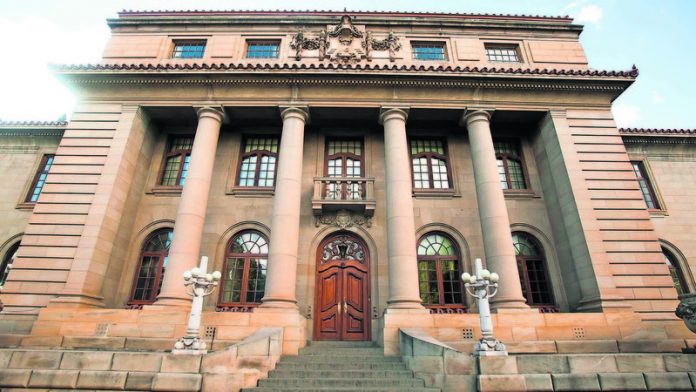 As a young judge acting in the Supreme Court of Appeal, Justice Leona Theron’s first feeling was one of inadequacy, she told the Judicial Service Commission (JSC) on Tuesday.

Theron was one of five candidates to be interviewed for a vacancy in the Constitutional Court. But, with four of the five candidates currently serving at the Supreme Court of Appeal (SCA), it was that court that became the focus. Candidates spoke candidly about the lack of collegiality, racial divisions and the sense of superiority some justices had.

The tone was set on Monday by acting Supreme Court of Appeal president Mandisa Maya, who was interviewed for a permanent appointment to lead the court as president. In her interview, she said it was an “open secret” that the SCA was “not the most collegial of courts”.

Maya said: “I’m sorry if I am hanging our dirty linen in public, but these things have to be said to be changed.”

She said that it was not until this year, after a diversity workshop, that black and white justices sat next to each other in the judges’ tea room.

Justice Boissie Mbha agreed, saying when he first got to the SCA in 2012 “the atmosphere was not that conducive … in the tea room black judges would concentrate on one end of the table and others on the other side of the table”.

Mbha said he had spoken to former president Lex Mpati, who was also worried about the situation.

There was also a problem of some people “thinking that others don’t deserve to be there”.

Theron said that, as an acting judge, she had tried to follow up on a question posed by her senior. The senior judge told counsel to only answer his question.

“It made me feel very small, like I had done something stupid or silly”.

Justice Stevan Majiedt said that while the SCA had changed a lot since he got there, there was still a long way to go. He got along with everybody, but there were “groups” at the court (“I won’t call them cliques”). It was not only about race, he said. There were people who thought other judges did not belong at the appeal court and that they weren’t as good.

Majiedt said that he had said, in a recent diversity seminar, “that we must work hard to show those who think we don’t belong there that we do”.

While it was “patronising” when a colleague “pats you on the head like a good little blackie, saying you have written a good judgment”, it was important to work hard and make sure the court maintained a certain standard of work, he said.

Throughout the interviews, Chief Justice Mogoeng Mogoeng said he was shocked by these revelations, repeatedly asking candidates why nothing had been done to rectify the situation.

The divisions seemed to come to a head in judgment writing and with the case load. Some judges have apparently complained that the brunt of the appeal court’s workload fell on the shoulders of a small minority, while others said when some were assigned as the judgment scribes, colleagues did not deal collegially with their drafts.

Maya said sometimes a judge would be assigned to write a judgment but, instead of receiving comments from the others on the panel (as is supposed to happen), would just receive another judgment, sometimes slipped under their door. In her interview, Theron described an incident like that from her early acting days on the bench.

She said she was assigned to write a judgment in difficult matter in an area of law she was not so experienced in. She had received comments from two of her colleagues, but not from another. Instead, she was handed a dissent and the other two who had given her feedback in comments had signed the dissent.

“Coming as junior judge, my first feeling was one of inadequacy.”

In Majiedt’s interview, Mogoeng said he had received complaints, albeit not formal ones, that the JSC had sent judges to the SCA who were not ready for appointment or who did not pull their weight. Majiedt said there were colleagues who were struggling, but they were the minority.

In Justice Malcolm Wallis’s interview, the chief justice took it further, asking whether it would be right for any SCA justice to say that five or six judges on that court “carry the load and the others are staff riders … either lazy or incompetent”.

Wallis said the statement was unfair. But he added that the presiding judges did sometimes bear a burden, when they found shortcomings in the work that was produced by others.