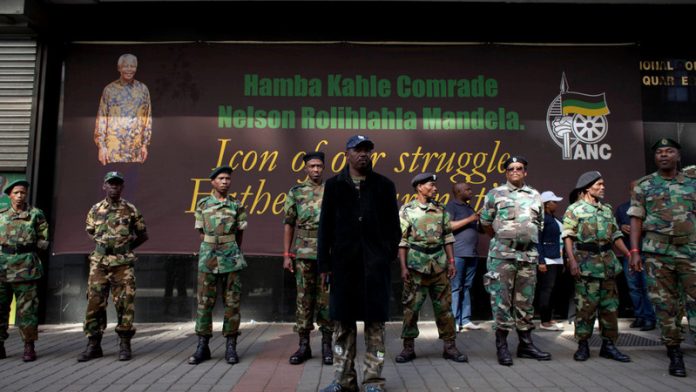 Deputy Correctional Services Minister Thabang Makwetla has disputed President Jacob Zuma’s remark that the heckling of ANC leaders was a sign of a healthy democracy.

Makwetla, who is also a senior member of the Umkhonto weSizwe Military Veterans Council, said the May Day incidents, which saw Zuma, ANC deputy secretary general Jesse Duarte and ANC chairperson Baleka Mbete booed off stage by unhappy workers, showed signs of an intolerant society and an unhealthy democracy.

“Someone can say, well, they have got a right to express their strong feelings that way. But for me, quality democracy is realised in a culture where we can listen to each other and let the view of the majority, the popular view, be respected by those who are in the minority,” he said.

Makwetla also criticised the United Democratic Movement’s Constitutional Court bid for a secret ballot in a parliamentary vote of no confidence in Zuma.

“Quite frankly, I just find it an insult. It’s too condescending. I listened to the leader of the EFF [Economic Freedom Fighters’ Julius Malema] saying: ‘These [ANC MP’s] are cowards; let’s assist them.’ And [they] expect that any self-respecting individual would find that kind of message appealing to comply with?”

Makwetla and fellow veterans council members such as Siphiwe Nyanda and Matthews Phosa have been vocal about their unhappiness with the state of ANC leadership.

The council had previously demanded the disbandment of the ANC’s national executive committee (NEC) and the establishment of an interim structure until the December elective conference.

But, after discussions with party leaders, the council appears to have taken a softer stance.

“It has not always succeeded that approach [of disbandment]. And they [ANC leaders] were saying, even with the NEC, if we dissolve it, there’s no guarantee that it will necessarily present us with the possibility of putting in place another legitimate NEC body without problems that may overwhelm the organisation,” Makwetla said.

“So we have shared this with comrades when we were reporting and they have been mulling over this and reflecting. It’s an engagement.”