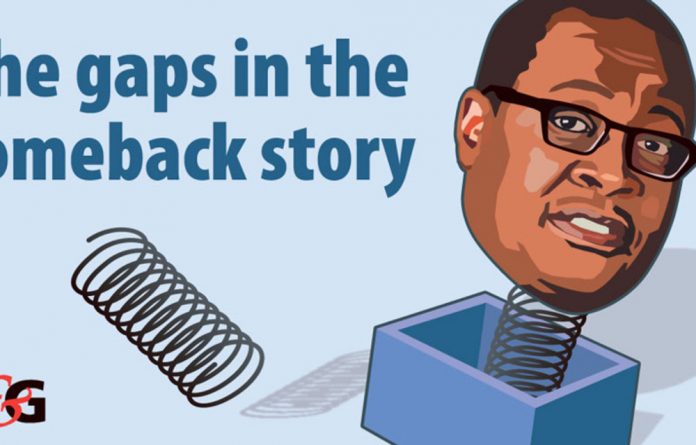 This week Eskom faced a series of court cases, the threat of a parliamentary inquiry and a furious ANC, which accused the board and Public Enterprises Minister Lynne Brown of perjury – all triggered by the shock return of its former chief executive Brian Molefe on May 15.

And on Thursday, Cabinet announced a new (and immediately criticised) inter-ministerial committee to help it learn lessons from the debacle in future.

Molefe left the power utility in December after former public protector Thuli Madonsela released her State of Capture report, which suggested that Molefe was in a cosy relationship with the Guptas. His departure has since been described as a resignation, a retrenchment, a retirement and, finally, extended leave.

On Wednesday trade union Solidarity became the latest party to launch acourt application against the Eskom board over Molefe’s return. It follows the court applications of the Democratic Alliance and the Economic Freedom Fighters (EFF), which are expected to be heard together in early June.

Solidarity is asking the court to order the National Prosecuting Authority to investigate the board decisions that led to Brian Molefe’s now-aborted R30-million pay-out and his reinstatement.

In his affidavit Solidarity’s Deon Reyneke claims the agreement on Molefe’s pension was nothing more than an attempt to “richly and unlawfully” compensate him for leaving Eskom. Brown, Eskom and Molefe now claim the pension agreement – since reversed – was the result of “common misunderstanding of the rules” of the Eskom pension and provident fund (EPPF).

Reyneke also claims Brown knew of the pension deal, despite her saying she was not aware of it until April. He refers to a November 2015 letter between Brown and Eskom board chair Ben Ngubane, which discusses the proposed deal. “In light of this I call on the minister to explain why she says she remained unaware,” Reyneke’s affidavit states.

Brown, Ngubane and Molefe have yet to answer Solidarity. But Brown has said that she was not required to know of these arrangements, because they fell under the terms of an old memorandum of incorporation, which was replaced in 2016.

Solidarity has also asked that the ANC explains its reasons for accepting Molefe as an MP in Parliament after he left Eskom.

In an apparent U-turn, Brown has now opted not to oppose the first part of the DA and EFF’s case – seeking an urgent interim interdict to prevent Molefe’s immediate return to Eskom. She is yet to decide whether she would oppose their main case to have the decision to reinstate Molefe set aside.

The two opposition parties applied for an urgent interdict to prevent Molefe returning to work and getting paid until the court hears its case to overturn the decision to bring Molefe back. They say, in the face of such serious allegations that are yet to be tested, Molefe should not be at the helm of one of the country’s most crucial state-owned enterprises.

This week Molefe, Ngubane and Brown filed answering affidavits in the DA’s case and faced a grilling in Parliament. Their responses raised further questions.

They claimed that, in crafting Molefe’s exit agreement, they had all collectively misunderstood the rules of Eskom’s pension fund – a “common misunderstanding of the rules”.

They do not explain in their affidavits how all the parties – the board, the chief executive, the minister and the fund – all with access to legal advice, could have been similarly mistaken about the rules.

Recent statements by the fund suggest the agreement had been based on Rule 28 of the fund. It allows for early retirement at the age of 50 if the employee has given 10 years of service. But only if the employee has been retrenched, as pension lawyers have pointed out.

In his affidavit, Molefe argues how the mistake about the pension fund’s rules means he has, in law, never left the power utility.

“As this agreement was ineffective due to the common misunderstanding about my early retirement and the pension payments, my employment did not validly terminate,” Molefe said.

He goes on to say that, as a result, his contract of employment did not come to an end. He also said that he was not party to discussions with the fund and “cannot therefore now explain why Eskom and/or the EPPF decided to treat my pension arising from my retrenchment”.

Rosemary Hunter, an attorney at Fasken Martineau, said there appeared to be several problems with the application of the fund’s rules. The conduct of the EPPF also warranted investigation, as it appeared that in “giving effect to the special pension payment deal” the fund acted against its own rules, which are binding under the Pension Funds Act. The Eskom fund did not respond to follow-up questions from the Mail & Guardian.

On May 11, the same day Eskom signed its reappointment deal with Molefe, the board advised Brown of the legal options to deal with the pension fiasco, saying it had opted to reinstate him.

By this time it had become clear to her that the agreement was based on a misunderstanding. But, in her briefing to the media the next day, after outrage at the news of Molefe’s return, Brown did not mention this fundamental mistake.

She simply said that Eskom had been “within their rights to negotiate a pension” and that “the pension is negotiated in terms of the Eskom pension fund that’s governed by the pension Act”.

Over and above the questions about the pension payout, Solidarity, the DA and the EFF are opposing Molefe’s return in terms of the damning allegations in the State of Capture report.

But Eskom has maintained that the findings of the report are only observations. The only remedial action it directs is that a judicial commission of inquiry be appointed to investigate these observations. This has yet to happen, because the president has taken the report on judicial review.

To prevent Molefe returning to work on the basis of untested allegations is akin to sanctioning him without giving him the chance to defend himself, Ngubane said.

Despite asserting that the public protector’s allegations remain “unproven”, Brown told Parliament this week that she wanted an investigation “into procurement at Eskom”.

Her department’s investigation would also have to wrap up “all inconclusive investigations in the last five years”, the minister said. Terms of reference had already been drawn up.

Brown was grilled by ANC MPs in Parliament, including former finance minister Pravin Gordhan, who demanded that the board hand over minutes of its meetings and, “if needs be”, recordings of those meetings, so that the veracity of the minutes could be tested.

“You are abusing state property and state resources, in the name of yourselves, not in the name of the South African public,” he told the board. “You are part of, either wittingly or unwittingly, and in some cases I think there is enough evidence to say wittingly, a conspiracy to capture Eskom for the purposes of the benefit of a few. That’s the reality,” he said.

In official statements the ANC panned the reasons given by Brown and Ngubane in Parliament for Molefe’s return. Spokesperson Zizi Kodwa called the reasons “incoherent”. He said: “Not only are these latest developments disingenuous to say the least, they amount to perjury.”

Brown reportedly denied the allegations ahead of her budget vote speech on Thursday, saying she had not lied and remained a loyal ANC member.

But ANC leaders canvassed by the M&G have widely differing views on what Molefe’s fate should be and whether the ANC should demand the reversal of his reappointment.

Small Business Minister Lindiwe Zulu said she supported Molefe’s reappointment. “He must [continue] to do his job [at Eskom]. He [should] make sure there is no load shedding and ensure there is transformation at Eskom. I do support his reappointment.”

Zulu said she was not aware of any ANC decision to reverse Molefe’s reappointment.

“If there was a decision it would have been [implemented] by now. There is no national working committee [NWC] decision. Until something is brought to the national executive committee and the NWC [it will not be regarded as an ANC decision].

Western Cape acting ANC chair Khaya Magaxa said his province will push for all those implicated in the State of Capture report to be hauled before the party’s integrity commission.

ANC KwaZulu-Natal chair Sihle Zikalala supported the position taken by the ANC’s top six, that the decision to reappoint Molefe be reversed.

“The ANC has spoken that Brian must go. He must withdraw from there. I think national [leaders] should have implemented that issue. The minister should action Brian with the ANC decision. If there is a decision of the ANC, the minister should follow that decision,” he said.

Two weeks ago, former mining minister Ngoako Ramatlhodi told the amaBhungane investigative journalism centre that Brian Molefe was a key player in events that led to the sale of a mining company in 2015.

This untested allegation by Ramatlhodi is the clearest and most damaging to be made against Molefe so far. Molefe had previously been found to be in comfortable proximity to dubious characters, and was said to have turned a blind eye to dodgy goings-on.

But in Ramatlhodi there is an identified individual who says Molefe was working against the interests of Eskom and for the profit of the Gupta family. The company in question was Glencore, a major supplier of coal to Eskom. The eventual buyer of Glencore’s distressed Optimum operation was a Gupta family company.

Update, May 26, 11.35am: This article has been updated to include the announcement of the formation of an inter-ministerial committee.