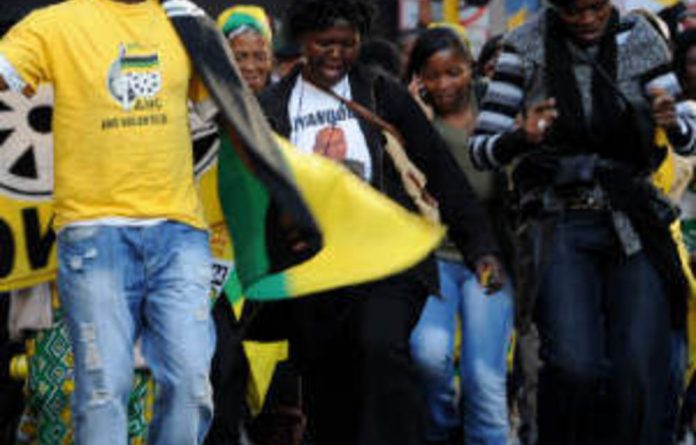 39 for the motion. 38 against. The mayoral position in Mogale City is now vacant. pic.twitter.com/Ffd7qTLcsW

The ANC has accused the Democratic Alliance of hypocrisy after the party’s failed attempt to oppose a motion of no confidence against Mogale City executive mayor Michael Holenstein, to be conducted through secret ballot.

ANC Speaker of Council Patrick Lipudi last week agreed to his party’s request to conduct a motion of no confidence against DA’s Holenstein through a secret ballot. The voting for the motion was scheduled for Wednesday, amid fears that some council members from the DA and the Economic Freedom Fighters might vote in favour of the ANC’s motion against Holenstein.

The ANC lost Mogale City after the 2016 local government elections. The city is now governed through a coalition formed by the DA with 27 seats, the Economic Freedom Fighters (EFF) with 9 seats, Inkhatha Freedom Party (IFP) with 2 seats and the Freedom Front Plus (VF+) with one seat. The ANC has 38 seats and the opposition parties combined have 39 seats.

The ANC, which has criticised Holenstein’s leadership style, is adamant that through a secret ballot the DA mayor would be kicked out of office and be replaced by the ANC mayor. Holenstein told the Mail & Guardian this week that his party wanted the motion to be done through a show of hands instead of a secret ballot

He said the municipality’s rules did not allow for a secret ballot when conducting motions of no confidence.

“There is no such a thing in our municipality according to the rules [of council]. That’s what we were arguing. It normally goes to a show of hands. You either accept it that the motion is carried or you reject it. We basically as the multi-party government rejected it [the motion against the mayor],” said Holenstein. He accused Lipudi of disregarding the opposition’s rejection of the motion against him by ruling the motion should be done through secret ballot.

He said the speaker pushed for a secret ballot because he did not want the council to get to the point where it adopted the IDP [Integrated Development Planning] and the budget.

“The speaker for months now has been basically undermining the process of council. Where the majority councilors request something to be done, he rules against that. The speaker of municipal council is supposed to be impartial, he suppose to be the chair and act in good faith, which he has not been doing,” said Holenstein.

But ANC spokesperson Zizi Kodwa said the reluctance by opposition parties within Mogale City to use a secret ballot was hypocritical given that on a national level they supported the United Democratic Movement’s (UDM) calls for a secret ballot vote for the motion of no confidence against the president, Jacob Zuma.

“Whatever it takes to remove the ANC they will do it even at the risk of contradicting themselves. They were marching for a secret ballot not so long ago and now they are refusing to use the very same tool when the tables have been turned. It is very hypocritical and indicates that [opposition] parties lack principles,” said Kodwa. He said the ANC did not fear the outcome of a secret ballot on a national and expect opposition parties to do the same at the local level.

Lipudi said he did not understand why opposition parties were crying foul about the secret ballot at Mogale City when they supported it against president Zuma in Parliament.

“It is what these parties have been calling for in parliament and I have given it to them here without them having to ask and go to court. I am allowing them to use their conscience and not their emotion,” said Lipudi.

The no confidence motion vote against the executive mayor was tabled by two ANC members who believe he is leading the municipality to a state of paralysis.

The ANC caucus in the region believes that under the leadership of Holenstein the DA-EFF led coalition in Mogale City was unable to govern to its maximum ability.

“We did not say that we were in support of the secret ballot, to begin with. We deliberately stayed out of the court case and we will abide by the decision of the court case. So, I do not see any inconsistencies here,” James Selfe.