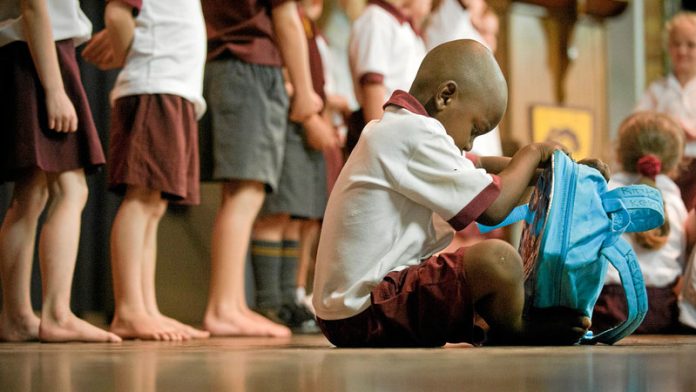 Monday’s social media storm around racism at Pietermaritzburg Girls High School, where a white pupil allegedly used the k-word to describe black pupils, is forcing us to have (yet another) conversation about race in South Africa. The Grade 11 learner reportedly used the racial slur because she was upset about her name being misspelled and mispronounced by others at the school. She has since been suspended from the school pending an investigation into the incident.

This is certainly not the first racist incident at a Model C school in South Africa, but the school’s alleged response was truly disturbing. Students reported that staff told them to “get over it” and that the student had used the slurs because she was under a lot of stress. When approached for comment, the school chose not to comment on these reports.

Those of us who attended Model C schools were unsurprised by these reports. Having been through the system, we know that racism is often trivialised as a way to absolve both the guilty party and those tasked with disciplining them from any real responsibility. (Remember when Penny Sparrow tried to convince us that calling black people monkeys wasn’t racist because monkeys are “cute”?) Downplaying overt racist behaviour, even from a minor, and explaining it as a manifestation of stress makes it easier to avoid any real consequences.

Being told to “get over it” negates what we constantly have to say about race: just because we are equal on paper does not mean we are equal in real life.

The problems with this incident go beyond the irony of a white student complaining about her name being ‘disrespected’. (Those of us with “difficult’’ names have never known anything different.) It even goes beyond the racial slur, which left many people enraged, if unsurprised.

The fact is, the school’s response to this racist incident was predictably half-hearted. The school made sure to tell us that they “have zero tolerance to racism of any kind” and that they “condemn in the strongest terms” the use of racial slurs. They also notified the department of education promptly. And in case we were worried that justice would not be served, they assured us that “the correct procedures and disciplinary actions are being taken”.

In short, they have done everything right, and we should commend them for taking the correct steps.

Putting aside how ridiculous it is to be praised for meeting the minimum standards for decency, Pietermaritzburg Girls High School has missed the point. And it’s a point that is far too often overlooked.

Turning to codes of conduct, or disciplinary procedures, or that old classic, the Constitution might work – if we were dealing with once-off incidents of racism. Such documents are based on the assumption that the social systems we live in are working fine. They’re designed to provide rules for dealing with the occasional rogue agent. They assume that neither the school nor the people associated with it – from students to parents to teachers – are racist.

The truth is that the system is broken. The society we live in allows this pattern of racial discrimination and vitriol to exist, not only at Model C schools but throughout the country. The system doesn’t punish racist behaviour; people are able to say and do all manner of racist things and go about their lives as normal afterwards.

Model C schools are notorious for their systemic prejudice. Just this week, Northcliff High School was forced to recall the concession cards issued to Muslim students who wore headscarves at school. A cursory scroll through the #GHSDefendYourGirls hashtag on social media sheds light on the situation in Pietermaritzburg. And we remember well the repeated racism and injustice at Pretoria High School for Girls last year.

These are only a few, high-profile stories of racism in the so-called born-free generation.

So we need to ask ourselves: what would it actually take to raise a tolerant generation? Because a slap on the wrist and a code of conduct certainly won’t be enough to fix what is so clearly broken.

Online allyship: a broken game of do like I do

Who decides who is eligible for forgiveness and rehabilitation?