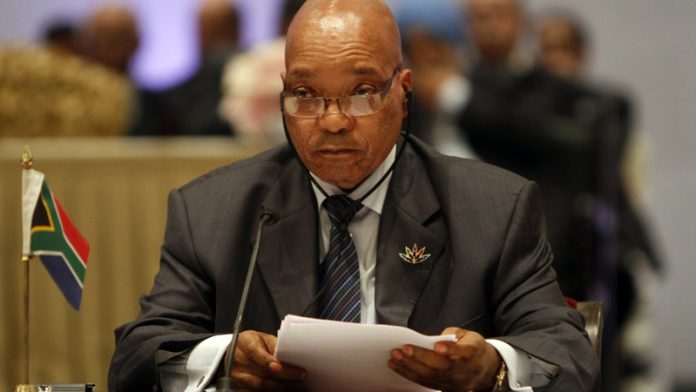 On Thursday, 8 June, the Institute for Security Studies (ISS) launched a new report titled Life beyond BRICS? South Africa’s Future Foreign Policy Interests. Dr Jakkie Cilliers, author of the report and chairperson of the ISS board, along with Professor Maxi Schoeman of the University of Pretoria, outlined South Africa’s current diplomatic and economic relations as well as what the future of South Africa’s foreign policy will look like with our next president. The Daily Vox looks at the major takeaways.

The biggest revelation from the discussion of the report is that, as with domestic policy, our president has been using foreign policy to advance his personal interests.

Cilliers said that South Africa joining BRICS (the economic bloc made up of emerging economies Brazil, Russia, India, China and South Africa) was a huge achievement as it cemented South Africa’s position among the ‘big players’ on the international stage.

“Membership of BRICS is the most important foreign policy achievement of the Zuma administration,” said Cilliers.

But this doesn’t eclipse the fact that most policies under Jacob Zuma’s presidency – including foreign policy – have been disorganised, unclear, confusing and self-serving.

Professor Schoeman raised the point that the defining characteristic of Zuma’s tenure has been his ability to cloak his private and personal interests in a bigger ideological framework. This has defined many of Zuma’s policy decisions, including those taken with BRICS. She said that while BRICS was a huge achievement, it is underlain by his close relationship with Russia.

Zuma has been using the correct ideological framework, focusing on fighting Western economic imperialism and creating development outside of the West, which makes people forget what is really going on.

Schoeman said that BRICS was conceptualised with the aim of democratising the international community, but not really with a focus on domestic policy reformation. This was despite many BRICS commentators saying that reformation should be pursued domestically before being pursued internationally. This is important because South Africa’s role in BRICS has sometimes been criticised because of the undemocratic nature of the other members, as well the human rights violations of Russia and China. But as we can see, reformation of domestic policy wasn’t the goal, and BRICS members were determined instead to create a new organisation outside of Western economic blocs.

Schoeman said that Zuma almost uses the need to address domestic issues like poverty, inequality and unemployment as smokescreens for pursuing objectives that actually have nothing to do with what is going in the country, and are more aligned with his own personal interests.

Zuma came into power at the time of the great global recession and this is something that he has had to face for his entire presidency. Cilliers says that recession conditions have been further exacerbated by the reshuffles and other presidential decisions, and have prevented South Africa from sustaining economic growth.

With all this focus on BRICS, where does that leave our relationship with the rest of the continent?

According to the report, South African foreign policy must move forward by facilitating domestic economic growth through regional development. Cilliers also says that Africa should remain the focus of South Africa’s foreign and economic policy. This is because the development and security of South Africa depends on the stability and growth of the region.

Southern Africa is expected to experience high growth rates in the years ahead, which creates a large potential for trade and investment for South Africa.

Whether ‘reformist’ Cyril Ramaphosa or ‘traditionalist’ Nkosazana Dlamini-Zuma wins the upcoming ANC succession battle, it’s going to be a tough road ahead for the next president of South Africa, who will need to recreate the country’s image in the international community. The damage that Zuma has done to the country’s economy and other domestic arenas will guarantee plenty of turbulence for the incoming president, likely putting any foreign policy aspirations on the back burner.

Dr Fred M’membe, president of the Socialist Party in Zambia, says such a facility will be established ‘over our dead bodies’
Advertising