United geared up for battle 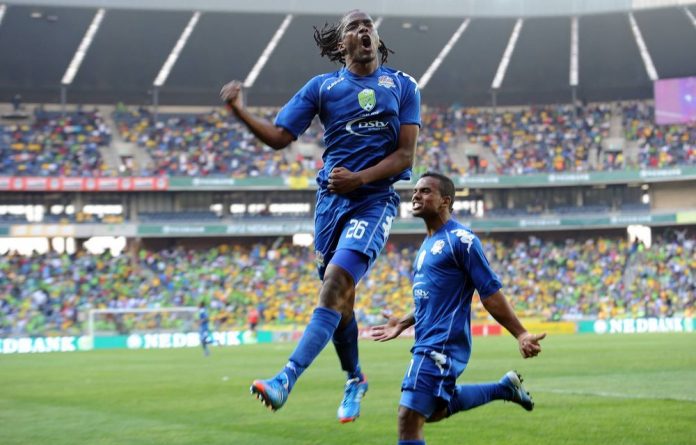 Nedbank Cup winners SuperSport United will enter the lion’s den for their penultimate Confederation of African Football cup fixture against pacesetters Horoya in Conakry tomorrow but the local team are determined not to sit back.

And although Mamelodi Sundowns have no option but to take the game to hosts Saint George in Addis Ababa in their African Champions League game tomorrow, the African adventure has all but ended for Platinum Stars, who visit Molouda in Algiers tonight.

The Ethiopians refused to buckle under sustained pressure applied by the defending champions in the first-leg encounter in Tshwane and Sundowns know they have to do it all if they hope to keep pace with leaders Esperance.

“We proved against Esperance in Tunisia that we have grown as a team both individually and collectively,” said Liberian Anthony Laffor.

The goals flowed in the away fixture against AS Vita in Kinshasa, but the Brazilians failed to get the same return in two other matches that ended in stalemates, putting the defending champions on the back foot.

“We are not really worried,” Tembo said. “They are setting the pace alright, but our preparations have gone very well and, after Saturday’s triumph in the Nedbank Cup, we gave the players two days to recuperate.

“We are certainly going to miss Mokoena and Grobler. But it is no train smash as we have Cole Alexander, Michael Morton and Kingston Nkhatha available.”

In addition, New Zealander Jeremy Brockie is available to lead the line and Tembo revealed that securing full points in this match would ensure that they enter the final fixture at home leading the chasing pack by a point.

“I agree that Grobler plays an important role in our attacking play by holding up the ball and allowing the rest of the players to come out of their defensive blocks, but we have never been ones to complain and, in fact, we are confident we can snatch full points,” Tembo said.

But for the sorry Platinum Stars, the adventure has ended after losing their opening three matches with only a single point to their name, making their fixture against MC Alger of academic interest only to their followers.

Tembo plays with old and new