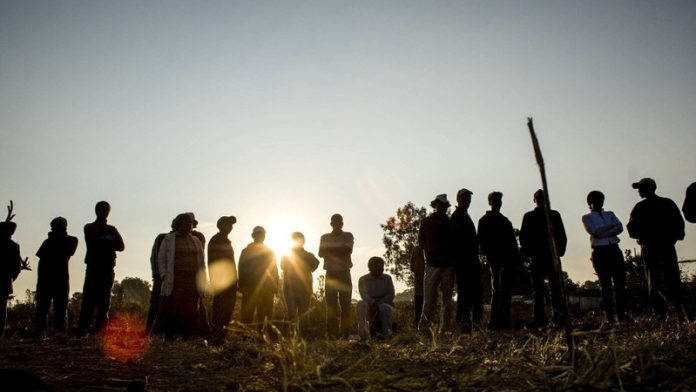 We need to have an awkward conversation about ourselves. What is it about our country that makes it a perfect place for Bell Pottinger’s race-baiting to potentially succeed?

The reasons are obvious but seemingly forgotten as we all, myself included, lash out at this London-based PR firm for its odious connections to the Gupta family.

We should be careful not to overreach in our expressions of disgust towards Bell Pottinger. The danger exists that we scapegoat Bell Pottinger instead of self-examining, and identifying and acknowledging the features of our society which, objectively, allowed the PR firm to cook up a propaganda campaign for the Guptas that almost achieved its desired effect.

We have unfinished business. We have not made sufficient progress towards an anti-racist society since 1994. An anti-racist society is a racially just society. There are many indicators of how well, or how badly, we are doing in relation to the normative ideal of an egalitarian society.

Property and land ownership patterns are still racialised. At best — and it is a very bad “best” scenario — a small, predatory, politically connected black elite in cahoots with capital has amassed some wealth and assets. The macabre structural reality, however, is that our economy and society remain broken.

We are a democracy. We are not, however, a just society. Democracy and justice do not always coincide. If that sounds odd, because we grow up fetishising democracy as inherently just, then you should spend some time with the millions of poor black South Africans who are on the social and economic margins of this democracy of ours.

Our cities are remnants of apartheid spatial planning, so if you really want to know how the other side lives, where this column isn’t read, you would have to drive to worlds you have probably never visited but only ever casually anthropologised over dinner, on the radio airwaves, on the letters pages of newspapers or in discussions at a wonderful conference somewhere idyllic.

Poor black South Africans are well placed to explain the dangers of imagining a necessarily positive relationship between democracy and justice.

These are some of the reasons the description of the post-apartheid state as a neocolony isn’t irresponsible leftist theorising. It is a deeply melancholic recognition that 1994 was not a clean break from the legacies of colonialism and apartheid.

I do not thereby imply that our hard-won civil and political freedoms count for nothing. That would be a slap in the face for black South Africans who fought against the inherently evil apartheid edifice. I also do not wish to live in an undemocratic society. I do not lament democracy.

The critical point is that democracy does not guarantee that new democratic states will never mimic elements of the evil ones that existed before political freedom was attained. Our current state is not morally beyond reproach. It is captured. It is in poor technical shape. It is a site of rapacious feeding from necolonialists, groomed by unpatriotic corporate citizens who know how to tap the insatiable appetite for large bank balances that a nascent class of monied comrades have.

The path towards a just South Africa isn’t linear. We have not even begun to approximate a decent society in which your race no longer reliably indicates your prospects of flourishing. Class and other dynamics matter. But race still matters very powerfully in shaping our daily experiences and determining our prospects of living well, and accessing opportunities for self-actualising.

Back to Bell Pottinger. The British spin doctors did not invent our mess. Bell Pottinger simply worked out an unethical propaganda campaign that takes advantage of our racial mess.

Should we collectively be outraged by, and at, Bell Pottinger? Sure. But it would be disingenuous to stop there. Doing so would be wilfully choosing to ignore the reasons phrases such as “white monopoly capital” could pit some sectors of our society against others.

Unless and until we deal with the racist legacies of colonialism and apartheid, propaganda campaigns that pit us against each other on the basis of race will always have a chance of achieving their nefarious ends.

Bell Pottinger knows this. It’s time we had an honest confrontation over the structural injustices that make us dangerously susceptible to propaganda and populism.