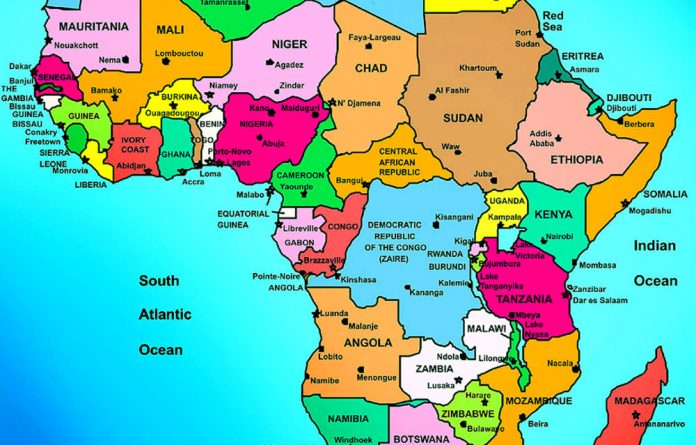 On a recent trip home, the Solomon Mahlangu Freedom College Trust invited me to a dinner dialogue at a Johannesburg restaurant with artists under 35 to focus on how to better showcase our work on the African continent. Although I am not an expert and could only share my anecdotal evidence and my limited experience as a writer, I am never one to turn down a free dinner so I put on my heels and turned up.

In the dialogue, one thing became clear: perhaps artists mirror society a little more than we think, because, beyond music, many of us seem to think of ourselves as not quite being part of the continent, resulting in a warped manner of marketing our art.

An example if I may. A few years ago I was invited to a university in Europe for a discussion on literature. The organisers requested that I buy my own ticket and I would be refunded. I would also receive a small honorarium. The assumption that I would have enough money for a transatlantic flight was astounding. But it is possible that I would have made a plan if the honorarium was worthwhile. I turned it down. The organisers then asked a friend of mine who made a plan and attended.

Fast forward to earlier this year, when an arts organisation in Nairobi asked me to curate a programme. Despite the tight budget, I agreed because I felt it would give me a chance to showcase to a Kenyan audience the brilliance of African artists. Of the eight artists who would form the team, two were South African because I was anxious to use this as a chance to get more people whose artistic talent I respect to be seen beyond South African borders.

I contacted eight friends from across the continent, among them the friend mentioned earlier. The budget was tight and so their appearance would be very much a favour to me. We would get the cheapest flights possible and I would host them in my home so I could save on hotel fees and give them the accommodation fee as an honorarium.

Because of their generosity of spirit and perhaps a sense of friendship, they all agreed and were easy to work with. All except for my friend who, a few years ago bought themself a transatlantic flight for an honorarium that was a third of what I was offering. They were unhappy with a flight that would entail a connecting flight, wanted to bring their spouse and had to be cajoled to send their work in advance.

The person I had assumed would be the easiest to deal with, based on our long history as friends, turned out to be the most difficult. I recount this, less to embarrass my friend and more to show that this is not unique among South African artists.

Filmmakers, musicians, writers and visual artists I have worked with make no effort to recognise that there are at least 53 other countries on this continent that relate to our work. We are more enthralled by Europe and the United States and believe “making it” means being recognised there.

That in itself would not be a bad thing were it not that, beyond Africa, what we do will always be qualified. We become “African’’ filmmakers, musicians, visual artists or writers. Whatever excellence in our field, we are never celebrated and placed beside contemporaries in those markets we seek affirmation from — except as tokens to prove how diverse those markets are and, sometimes, to explain the village that is Africa to their audiences. Yet we continue with our South African exceptionalism.

Our belief that we are not part of the continent as artists has also affected the financing of art. Patrons in those same Western nations we seek recognition in are generally less willing to fund South African initiatives because they believe that South Africans are better off than others on the continent. Meanwhile in South Africa, art funders and consumers will celebrate whoever and whatever is coming from outside — even when homegrown talent is better. This is mainly because the work from outside is “better known”.

I found out that, two years ago, our department of arts and culture paid a writer friend from outside South African borders on the continent 10 times as much as they paid South African writers at the same event. It was great for my friend, terrible for us. It was also an indication of how little even the department, which is supposed to look out for our interests, thinks of us — despite the billions that those in the arts contribute to state coffers annually.

As artists then, maybe it is time we seriously consider how better to strengthen synergies with our siblings on the continent. I find it strange that, in 10 years of tours to Tanzania, for instance, there has not been a single artistic collaboration between Tanzanian artists and artistic alumni of the Solomon Mahlangu trust — or worse, that few of our artists are known in the East African market.

Equally important, maybe it is about time that we, as art consumers, also demand more. More quality local content in our galleries and bookstores and on radios and television, where our artists are given the same prominence that we give those from the rest of the world. Would it be unreasonable for an organisation such as the National Film and Video Foundation to demand that a Hollywood movie about South Africa that gets a bit of funding and tax breaks in South Africa has a script, a musical score and a percentage of actors who are South African?

This does not happen as much as it should. Yet these artistic organisations are the same ones that will fund-raise for artists’ funerals so we travel well to heaven.

Give artists their heaven here while on Earth.

Zukiswa Wanner is a South African author based in Kenya. She is the winner of the K Sello Duiker award for her novel London Cape Town Joburg

Zukiswa Wanner
Zukiswa Wanner (born 1976) is a South African journalist and novelist, born in Zambia and now based in Kenya. Since 2006, when she published her first book, her novels have been shortlisted for awards including the South African Literary Awards (SALA) and the Commonwealth Writers' Prize.
Facebook
Twitter
WhatsApp
Linkedin
Email
Telegram