On our Lists: Shuggie Otis, Ntongela Masilela and considering Game of Thrones 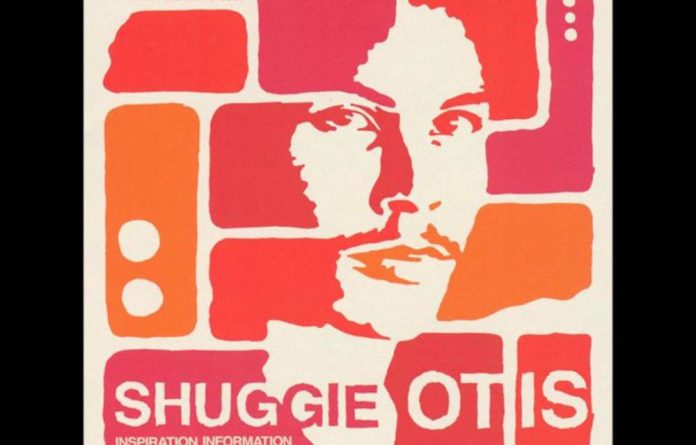 Shuggie Otis: Inspiration Information. The burden of genius is heavy — just ask Shuggie Otis. Barely out his teens, he was being touted as the next Jimi Hendrix and was turning down membership of the Stones. These were expectations that continued to boil, sending him on a hibernation longer than Rodriguez’s. His third album is an undisputed classic, full of unforgettable, tender songs (Aht Uh Mi Hed) and the unfettered purity of unrestrained experimentation. (KS)

Game of Thrones (but changing my mind).I stopped watching the show at the end of season three because I couldn’t cope with the deaths-per-episode rate of characters I really liked. That was two or three years ago. Because of season seven FOMO, I’ve started watching again and am on season five, doing much research about George RR Martin and what it takes to write a world so vociferously. I’m fascinated by the man and am preparing myself to explore this interest by reading the actual books that the series is based on. But as good as the show is, I’m growing cold because of the potential fuckiness of its producers’ new project, Confederate, a series set in the 19th-century United States’ South and based on the premise: What if slavery had carried on? Eish. (MB)

Shook magazine. “I didn’t grow up as an artist. In high school I was a jock. My favourite movie was Die Hard. I went to college as an English education major, then I saw a sign for film school and I thought: “What I’m doing now isn’t really fulfilling me. I like movies; I think I should check that out … I couldn’t deny it though I tried to, because it’s not a realistic goal for anyone to bank on making your life as a filmmaker.” This is a quote from a 2008 Shook magazine article on director Barry Jenkins. Medicine for Melancholy had just come out. The rest is for the history books. (KS)

Ntongela Masilela: Black South African literature from the ‘Sophiatown Renaissance’ to ‘Black Mamba Rising’: Transformations and Variations from the 1950s to the 1980s. While preparing to interview Dr Mongane Serote last week at a University of Johannesburg conference, I came across an illuminating essay on the Sophiatown Renaissance, the 1950s era that created the Drum writers and photographers — or, as the writer Ntongela Masilela calls them, the literary witnesses to South Africa’s pathologies of the time. The essay was presented in 1990 at the University of California’s Centre for Black Studies. It introduced me not only to the unknown works of known writers such as Lewis Nkosi, Bloke Modisane and Es’kia Mphahlele, but also to the connections between the Harlem Renaissance and the Sophiatown writers and the differences between the literary works coming out of different regions of the time. For instance, South African writers in Sophiatown developed a tradition of journalism, biographical and short-story writing unlike the Nigerian writers of the same era, who were more in the novelist tradition, such as Chinua Achebe and Wole Soyinka. (MB)

On our Lists this week: Bessie Head, the Randlords, and The Golden Girls

On our Lists this week: Africa is a Country, Philip Tabane, and Sho Madjozi