Does diplomatic immunity give Grace Mugabe a get-out-of-jail-free card? 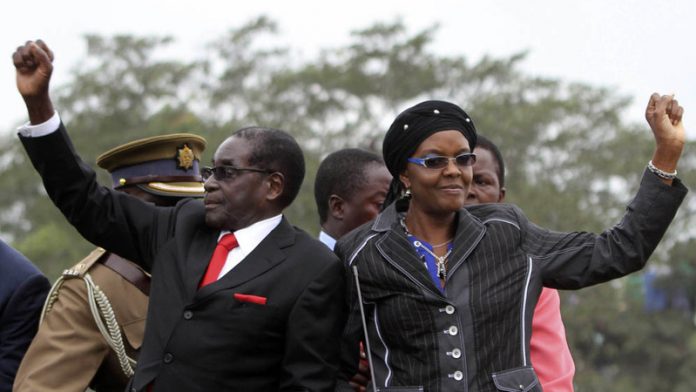 Zimbabwe’s first lady has landed herself in hot South African water following the alleged assault of a young model.

Initial reports had it that Grace Mugabe handed herself over to police and was expected to appear in court on Tuesday afternoon.

But in a radio interview that morning, the country’s police minister said that “if she came here with her diplomatic passport she can have diplomatic immunity”.

This led to confusion and indignation on social media.

“Did #gracemugabe come here to beat up people because she’s banking on diplomatic immunity?” tweeted one person.

We got the lowdown from an expert.

What is diplomatic immunity and under which circumstances does it apply to foreign citizens visiting or working in South Africa?

Professor Hennie Strydom, who holds the South African Research Chair in International Law at the University of Johannesburg, explained to Africa Check how it works.

“Diplomatic immunity refers to the protection and privileges extended to certain foreigners, such as members of diplomatic missions, consuls, ministers of foreign affairs and heads of state,” he said.

The South African government can also extend this protection to people on an ad hoc basis by publishing their names in the government gazette. It also applies to family members of diplomats and their personnel.

The immunity includes that people protected by it “shall enjoy immunity from the criminal jurisdiction of the receiving state”, as set out by the 1961 Vienna Convention on Diplomatic Relations. Most countries in the world have ratified this convention, Strydom said.

Following ratification, local legislation has to be enacted to give effect to the convention. In South Africa, this happened through the Diplomatic Immunities and Privileges Act of 2001.

Diplomatic protection only applies to people in the course of conducting official state business. As Mugabe was reportedly travelling in her private capacity, she may therefore be prosecuted.

Deputy director-general of the department of international relations and co-operation, Clayson Monyela, told Africa Check: “The lady [Grace Mugabe] is appearing in court. The only way that can happen is if she was arrested or turned herself in. This wouldn’t have happened if she had diplomatic immunity.”

Three courses of action are possible when someone enjoying diplomatic immunity commits a crime.

“The first remedy is that the person can be declared persona non grata,” Strydom said. This means he or she will be expelled from the host country.

The second is that the country of origin could revoke immunity. Monyela provided an example: “Say you are a South African diplomat and you are posted somewhere. Whilst you are there you commit a crime, like murder, and it comes to the attention of South Africa.

“Your country can revoke your immunity dependent on the crime you have committed. But if they don’t revoke it the host country can’t charge you.”

The last option is that the country of origin could prosecute the person back home.

This is not the first time the issue of diplomatic immunity has been raised because of Grace Mugabe’s actions. In 2009, Mugabe’s diplomatic immunity protected her from arrest after she allegedly assaulted a British photographer in Hong Kong. – Kate Wilkinson & Anim van Wyk.

This report was researched by Africa Check, a non-partisan fact-checking organisation. View the original piece on their website here.