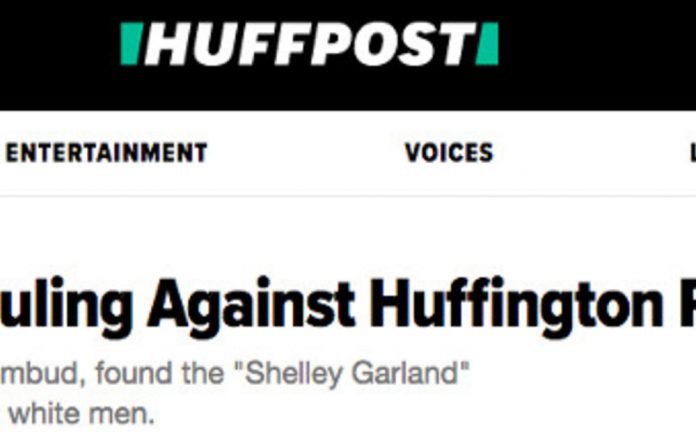 The Press Council of South Africa has set aside a hate speech ruling made by press ombudsman Johan Retief on a blog post published by the Huffington Post SA, which called for white men to be disenfranchised.

The blog, titled “Could it be time to deny white men the franchise?”, ignited controversy after it was revealed the author had used a pseudonym, Shelley Garland. It argued for white men to be denied their vote in determining future leaders in South Africa.

AfriForum lodged a complaint against the blog with the press ombud, who then ruled that it constitutes hate speech.

But the appeals panel of the press council, headed by Judge Bernard Ngoepe, has overturned the ruling. “It could well be that the piece irritated or annoyed some people; but to classify it as a hate speech would be too huge a jump,” the Appeals Panel said in its ruling.

In her appeal, Pillay criticised Retief’s ruling because, she argued, it failed to specifically state which aspects of the blog were discriminatory. She said the ombudsman failed to identify which references to people’s statuses were “discriminatory and denigratory” in the context of the blog and “whether such references were “strictly relevant” and made “in the public interest”.

Because the blog also mentions different groups such as “whites”, “males” and “white males”, she argued that the ombud did not specify exactly which remarks were being scrutinised.

She added that the blog did not incite hatred of white men,but rather “depicts them as disproportionately powerful, economically and politically, and as historically having used that power at the expense of other groups”.

AfriForum was the respondent in the appeal, while Media Monitoring Africa (MMA) and the South African National Editors’ Forum (Sanef) joined as amici curiae to make submissions.

Retief, in his ruling, said the blog violated section 5 of the Press Code, which deals with discrimination and hate speech.

The press council said article 5.2 of the Press Code refers to hate speech and discrimination as “material that amounts to … incitement of imminent violence, or advocacy of hatred that is based on race, ethnicity, gender or religion and that constitutes incitement to harm”.

Ngoepe found that for the content to be declared hate speech it must incite both hatred and harm. He found the blog did neither.

“To amount to hate speech, what is said should not only advocate hatred, but also be an incitement to cause harm. Both elements must exist. The test for the likely effect of the words is an objective one; that is, how an ordinary reasonable or intelligent reader would understand the words. In our view, the piece complained about does not pass the test,” Ngoepe said in his ruling.

He agreed with arguments presented by MMA and Sanef, which said the blog was not inflammatory. Instead, Ngoepe described it as “faux academic”.

It also couldn’t be ascribed as hate speech, Ngoepe said, because the blog’s argument wouldn’t succeed.

“Secondly, it is hard to see it causing white men being disenfranchised. That, in any case, would be constitutionally impossible in this country, given the immutable constitutional principles,” Ngoepe said in the ruling.

Pillay, who was editor of the Mail & Guardian before moving to HuffPost SA, resigned from the publication after the blog was published. HuffPost SA removed the blog from its website and issued an apology at the time.